CATTY Strictly judge Craig Revel Horwood has had another pop at show host Tess Daly saying she’s not “down with kids” and that she needs LESSONS from him on pop culture.

It comes after previously branding the stunning 52-year-old presenter “dull.”

TV star Craig Revel Horwood had a new pop at Tess Daly, claiming she is not ‘down with kids’Credit: BBC 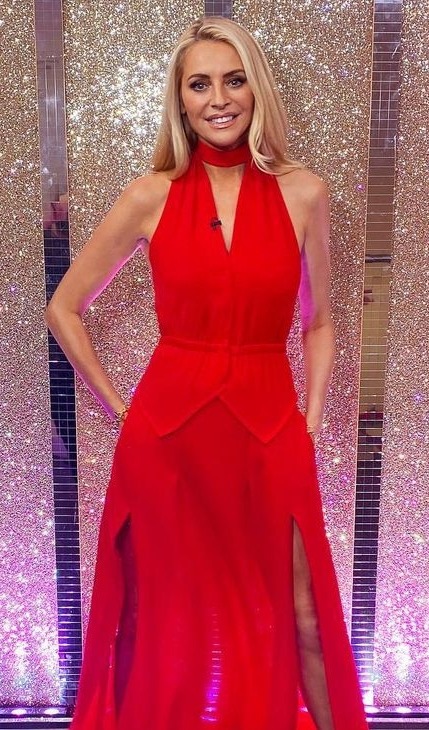 The outburst from the acid-tongued choreographer, 56, risked upsetting the award-winning show’s backstage atmosphere after he was previously forced to apologise over his remarks.

In a new talk he said: “I am up with the kids’ culture. I know phrases like GOAT – greatest of all time.

“I taught the nation that. I am down with the kids and I could teach Tess a thing or two about it.”

The jibe comes three years after he launched an astonishing attack on his BBC co-stars, blasting host Tess’s “dull questions.”

Speaking to just 50 people on the first night of his book tour, in Oxford in 2018, he said: “The book is honest like me, but on the telly I wear my judge hat. I can’t be myself.

“I like to joke about and do all that stuff. I might raise an eyebrow or two.

“In those ten or twenty seconds where I have to answer Tess’s quite dull questions…actually I tend to avoid them and not answer, if I’m super honest.

“If there is anyone here from the Press I did not say that. I am BBC. I only have 20 seconds to decide what to say about the dance.”

At the time, Tess shrugged off his rant and said: “He’s a pussycat, he’s a darling in real life.

“I think it was taken out of context, a lot of it. He’s a sweetie.”