The annual BBC One show returned back with a bang, with the likes of Coronation Street actress Kym Marsh, singer Fleur East and presenter Richie Anderson battling it out on the dance floor.

‘The atmosphere you created was stunning’.

As Tyler and Dianne waited to collect their scores, Shirley held up the seven paddle but viewers at home were confused when the the number six appeared on their screens. 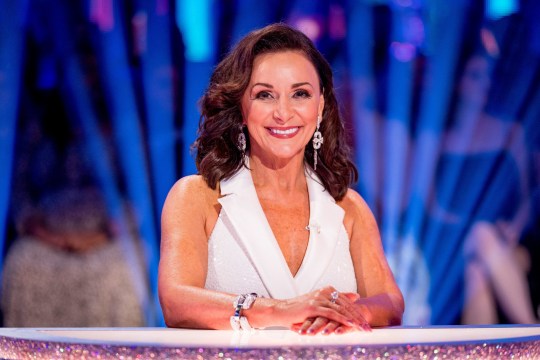 There was a little mix-up with Tyler’s scores tonight (Picture: PA)

Presenter Claudia Winkleman quickly asked the head judge to clarify whether it was a six or a seven, Shirley confirmed it was the latter.

Strictly fans joked about the awkward blunder, with one tweeting: ‘Shirley’s scores for Tyler over the course of the series will spell out her phone number.’

‘Shirley is soft on Tyler,’ another added.

Tyler knows how to get his 10’s early, make Shirley gush…….that’s his 10s banked for the whole season. #strictly

‘Tyler knows how to get his 10’s early, make Shirley gush…….that’s his 10s banked for the whole season,’ a third person remarked.

Radio DJ Richie Anderson has been partnered up with Giovanni Pernice, while comedian Jayde Adams is set to compete with Karen Hauer.

Olympic champion Nicola Adams was the first celebrity to be in a same-sex pairing with Katya Jones in 2020, before Great British Bake Off winner John Whaite finished as runner-up with Johannes Radebe last year.

Last night’s launch show, which was pre-recorded, showed the moments that each celebrity discovered who they’d be dancing with.

Strictly Come Dancing returns next Saturday at 6:45pm on BBC One.