Ellie Taylor has opened up on the support she’s received from her loved ones since beginning her Strictly Come Dancing journey, revealing the ‘gorgeous’ message she had from her Ted Lasso co-star Hannah Waddingham.

For the 2022 series of the BBC competition, Ellie has teamed up with fan-favourite Johannes Radebe as they strive to take home the Glitterball Trophy.

The comedian earned 28 out of a possible 40 for her first dance of the season – a Quickstep – and is hoping to impress the judges again tonight with her Paso Doble.

While speaking to Metro.co.uk ahead of week two, Ellie shared the ‘lovely’ support she’s received from members of the public and peers in her industry, as well as her fellow Ted Lasso cast member.

‘I’ve had quite a few comics saying they’ve watched it and well done,’ she said.

‘Hannah Waddingham from Ted Lasso sent me the most gorgeous voice note that went on for ages. She’s so wonderful, and Hannah’s the most beautiful dancer anyway, so I don’t know why she’s saying nice things to me. But she’s terribly excited. It was lovely to hear that.’ 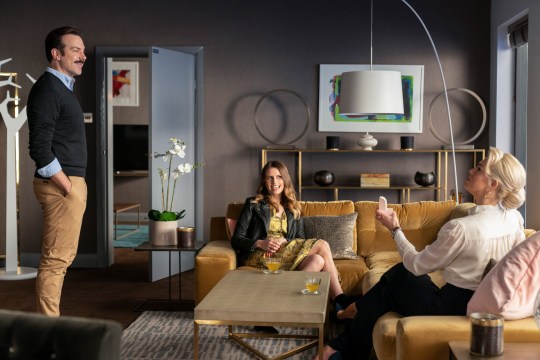 Sassy ends up having a romantic fling with Jason Sudeikis’ Ted Lasso, with Ellie being nominated for her performance on the show for Best Guest Actress in a Comedy Series at the Online Film & Television Association Awards.

The comic, who’s appeared on shows including 8 Out of 10 Cats and Mock the Week, said that her friends are ‘delighted’ by how she’s done on the show so far.

‘Not just delighted that I’ve done the dance, but that I did it ok. I walked away feeling ok,’ she explained.

‘Everyone who loves you is so worried that you’re going to be sad or you’re going to mess it up and just forever berate yourself about it, and I think the relief for everyone… it’s joyous.’

Ellie revealed that her young daughter – who she shares with her husband, reporter Phil Black – will be watching her dress rehearsal ahead of Saturday night’s live show.

The comedian’s mum took the young girl to buy a new outfit especially, resulting in the woman who worked in the shop gushing with excitement after learning what the occasion was for. 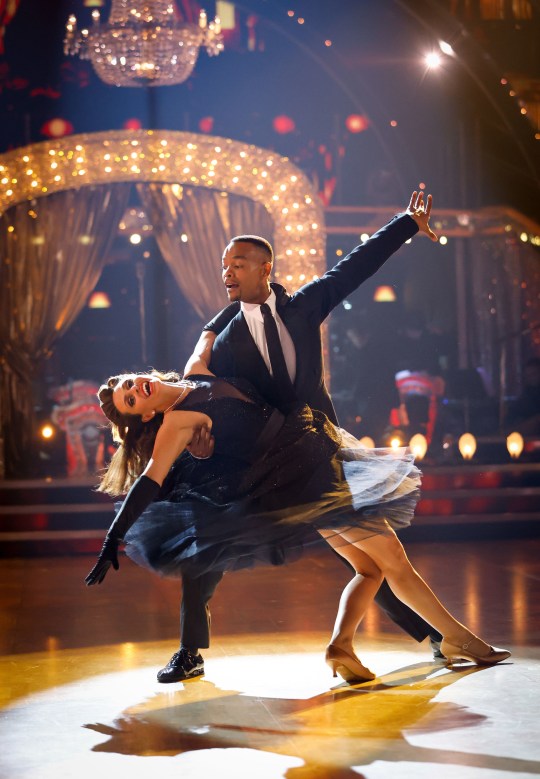 Ellie and Johannes will be taking on the first Paso of the series tonight (Picture: Guy Levy/BBC/PA)

‘Whoever you talk to about Strictly, they are so excited, they get so invested,’ the TV personality said.

‘It sprinkles stardust. Wherever you go, it just leaves a trail of sort of magic. It’s so lovely.’

Ellie and Johannes are set to perform the very first Paso Doble of the series tonight, which she admitted added ‘a little bit of pressure’ because of how ‘amazing’ the pro is at the dance.

‘Every dance is the first dance for me, but obviously Jo’s amazing at Paso and he really likes it, so there’s a little bit of pressure not to balls it up completely,’ she said.

Johannes addeD: ‘Paso’s one of my favourite dances, and the way she’s just taken training like head on, I think we’re sitting in a very nice place. She doesn’t want to hear that. But I think it’s lovely.’

Strictly Come Dancing returns tonight at 6.30pm on BBC One and BBC iPlayer.