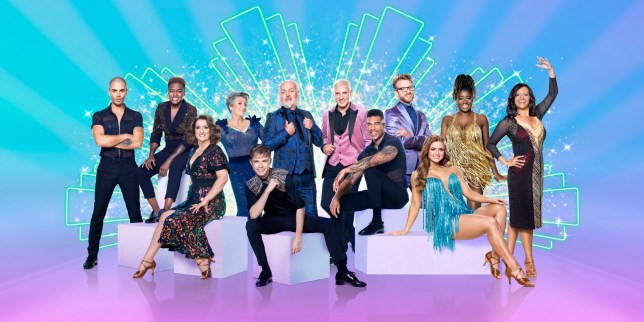 Strictly Come Dancing has given us a shot of normality after a trying year (Picture: BBC)

Strictly Come Dancing has always marked a special time of year for me.

As a TV journalist, watching TV is kind of my thing, but nothing hits quite like the autumn schedule that justifies me being on the sofa every evening.

Bake Off is the start of it all, but Strictly is the one that brings it home.

I’m not going to lie to you – until Saturday night I’ve been doing pretty OK with coronavirus lockdown. After a couple of weeks adjusting to working from home, I’ve just been kind of… getting on with things.

I’ve not shed any tears out of frustration of what’s going on, I’ve been getting a suitable amount of annoyed at the government’s confusing and ever-changing plans on how to tackle the damn thing, and then I’ve just been keeping calm and carrying on as best I can.

But Strictly – the wonderful, cheesy happiness that is Strictly – fully had me breaking down, because I finally realised what I’ve been missing – some normality.

It’s no secret that the team have gone to extreme lengths to make sure that the team can keeeeeep dancing this year, with automatic eliminations, socially distanced performances and pre-taped group routines before putting all contestants in bubbles so they can dance together. 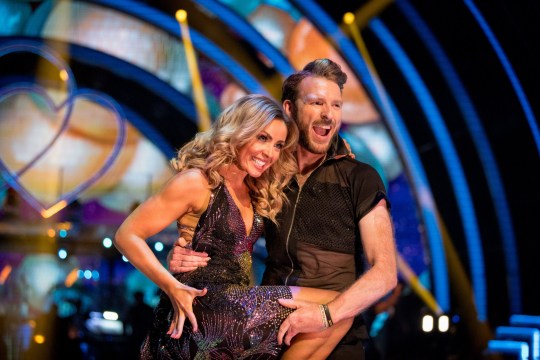 From the first pro routine to the first group dance, it was everything I wanted it to be (Picture: BBC)

It’s paid off though, and Saturday night’s launch show reintroduced us to the new Strictly world, and it’s just as I’d remembered it.

On top of that, they seem to have a group of celebs who are a) actually quite good, and b) breaking boundaries, with Nicola Adams and Katya Jones’ same-sex pairing proving to anyone that it needed proving to that the world doesn’t end when people with the same genitals perform a cha-cha-cha together.

No-one needs to tell you, reader, how much of a horror show 2020 has been – it speaks for itself, and I genuinely hope that you’re doing as best as you can, given the circumstances. 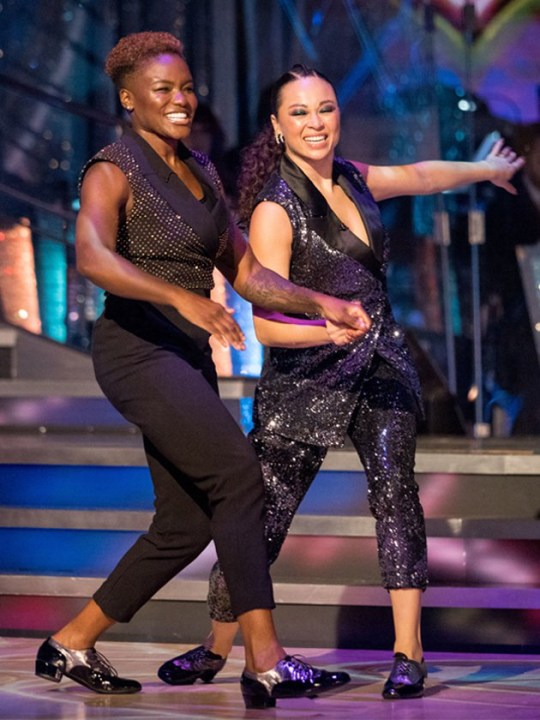 The first same-sex female couple is going to be one to watch (Picture: BBC)

In TV land, an extended production lockdown meant for a good few months we were subjected to repeats and supercut highlight reels to fill in the gaps of shows that were suddenly dropped.

But Strictly has managed to implement the necessary changes and make it work for them, with a stunning socially distanced pro routine opening the show through to its final moments with the gang, all together, for the first time with their partners.

And it was still sparkly, fun, and joyous. Perhaps even more so this year, at a time where we can’t seem to enjoy anything without a ‘yeah but…’ rearing its ugly head to knock us back down a peg or two.

I wasn’t quite prepared to be so overwhelmed by it, and had to laugh at myself curled up on a sofa having a weep while Caroline Quentin and Johannes Radebe paired up in the middle of the Globe theatre, dressed like they were ready to solve crimes in a Poirot novel.

And who knew that Bill Bailey referring to himself as a ‘Space Commander powered by dance’ would hit so hard?!

There were several moments that got me, from seeing the joy of each celeb as their pro was revealed, to Craig Revel-Horwood’s usual scowl cracking as he returned to his new (socially distant) judging post. 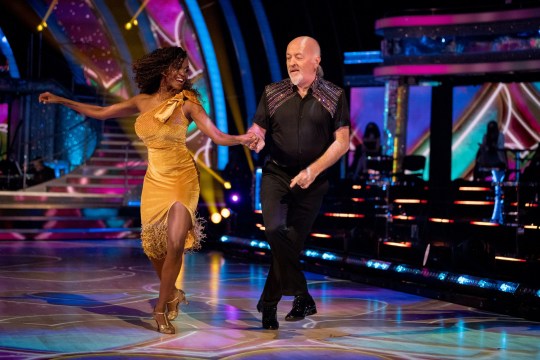 The first return show alone overwhelmed me in a way I didn’t see coming (Picture: BBC)

Suddenly I was texting my mates like normal about what we thought about each contestant, who we thought would go first, and who was in the running to win.

And for a split second I forgot what world we’re living in right now, and just enjoyed something for what it was.

Strictly’s return might not be to everyone’s tastes, but to me it was a taste of normality and gave me a reason to crack my ‘Everything’s OK’ facade just for a moment.

It was the ultimate time-out telly – and now I have to hope that they will keep it up and that Covid doesn’t ruin this for me too.

But in the meantime, I’ll be happy to be there along for the ride for the next nine weeks.

Welcome back Strictly – I’ve really, really missed you and I’m glad to have you back.