James Bye has revealed he isn’t worried about the Strictly Come Dancing curse – because it was his wife who encouraged him to take part in the series in the first place.

The 38-year-old EastEnders actor, who plays Martin Fowler on the BBC One soap, has said the show will not affect his marriage and wife Victoria – who he has been married to since 2012 – has given him her full backing to go on the show.

And it case you’re not aware of the origins of the phenomenon of this ‘curse,’ over the past 17 years Strictly has aired on the BBC, speculations have swirled regarding potential blossoming romances between celebrity contestants and professional dancers – a phenomenon known as the ‘Strictly curse’.

While some of the rumours have been nothing but talk, others have been grounded in truth, with several couples who met on the show remaining together to this day.

‘It’s not really come up for us,’ the actor told The Mirror. ‘It’s one of those things attached to the show but being a part of it, I genuinely don’t see any of that.

‘I’m a massive family man, and both Victoria and I pride ourselves on putting our family first at all times so before I even contemplated it [doing Strictly], I wanted to speak to her first.’ 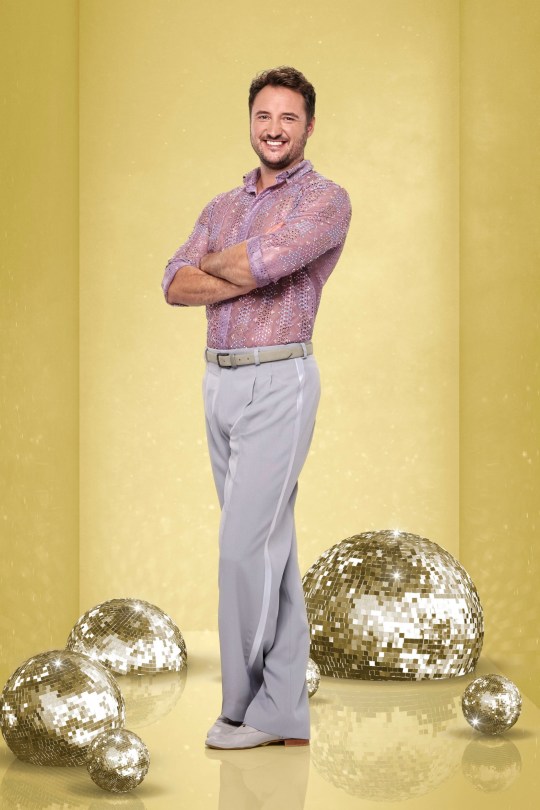 The soap star says it was wife of 12 years Victoria who encouraged him to take part in this year’s series (Picture: PA)

James and Victoria’s foundations are rock solid and the couple – who have children Edward, eight, Louis, six, and Hugo, three, together – are even planning to renew their vows next year.

‘At the beginning of next year we are going to take the family out to where Victoria and I had our honeymoon and we are going to renew our vows on the beach in front of everybody,’ he added.

The soap star has been partnered with professional dancer Amy Dowden and admitted there is ‘added pressure’ for the 20th series because the last three of his EastEnders co-stars competing on the show have made the final. 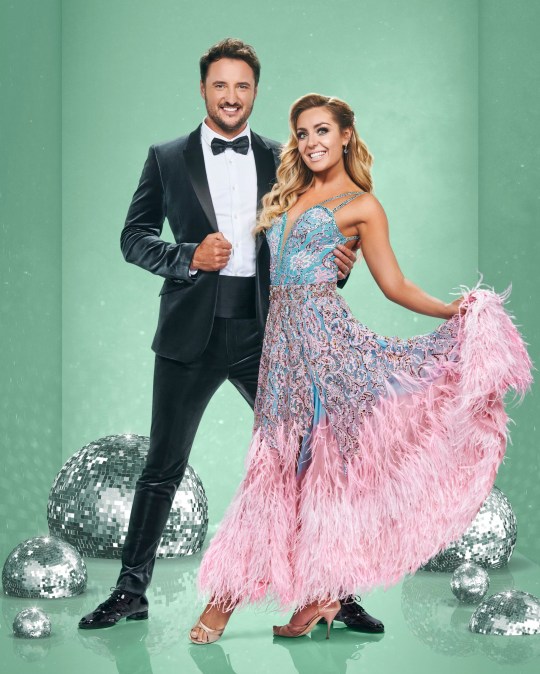 James’ dance partner is Amy Dowden and the actor admits he feels the presssure as previous EastEnders stars have all thrived on the Strictly dancefloor (Picture: PA)

But while he’s looking forward to his stint on the show, he says his eyes aren’t quite on the Glitterball prize at this point.

‘I’m just in it to have as much fun as possible,’ he continued. I’d love to get to Blackpool, then you can say you really gave it a good go.’

Strictly Come Dancing starts on Saturday at 6.45pm on BBC One and BBC iPlayer