No, Tyler is not married (Picture: Splash News/PA/BBC)

Strictly Come Dancing star Tyler West has revealed he was completely puzzled by a false headline about his personal life.

After Shirley Ballas made a voting blunder, the judges awarded the pair 22 points, out of a maximum of 40, with Tyler telling Metro.co.uk he was determined to win over Craig Revel Horwood.

Since the iconic dancing competition series, hosted by Tess Daly and Claudia Winkleman, kicked off, the 26-year-old said one story in the press made him raise an eyebrow.

While admitting he doesn’t have much time to read the news amid a busy rehearsal schedule, Tyler said he did spot one completely false article.

He joked: ‘I saw one [article] saying that I was soon to be married, but that’s my brother. Please introduce me to my wife if that’s the case.’

Ahead of Strictly, Tyler also revealed he had received some rather unusual advice from previous contestant YouTuber Joe Sugg, who finished as runner-up with Dianne in 2018. 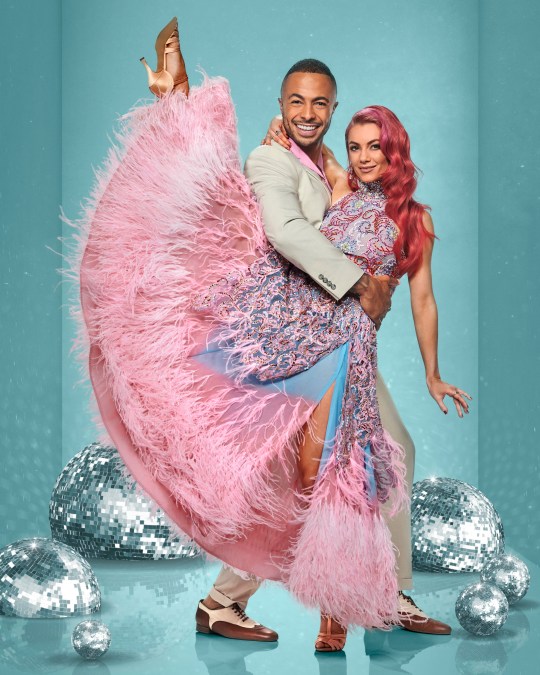 Tyler was given advice by Joe Sugg (Picture: BBC/Ray Burmiston)

Tyler explained: ‘Joe told me to kick the moles into the ground as you don’t want moles running around.’

Dianne added: ‘Joe texted me to tell Tyler that tip because he said it really helped him with his Jive.’

With the first show now under his belt, Tyler said he was surprised by the running order of the show, which does not leave any room for error.

He explained: ‘I was literally in hair and makeup at 6.43pm and the show starts at 6.45pm. I’m usually the earliest Jamaican I’ve ever known, so I was like, “Guys, it’s gonna start in a second”.

‘I was running down this corridor and went down the stairs and it’s like, “Hey, I’m fine. I’m on the telly.” The team behind the scenes is just so organised.’

Strictly Come Dancing returns tonight at 6.30pm on BBC One and BBC iPlayer