Strictly Come Dancing contestant Tilly Ramsay was eliminated after a dance-off against Rhys Stephenson, leaving her dad Gordon Ramsay tearful from the sidelines.

Tilly found herself in the bottom two against Rhys after the pair both failed to win enough of the public vote after Saturday night.

After giving it a good go and both showing improvement in their routines for survival, it was Rhys who was put through by all four judges.

Whilst Tilly gave a heartfelt speech upon her exit, it clearly meant a lot to her famous father, who couldn’t help but get emotional.

Standing next to his wife Tana Ramsay, he could be seen wiping tears from his eyes as his daughter paid tribute to her dance partner Nikita Kuzmin.

The pair were proudly sat in the audience for Tilly’s first attempt at her routine which was broadcast on Saturday night. 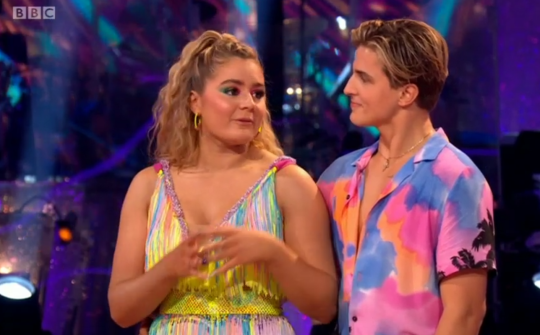 Tilly was the latest celeb to leave Strictly on Sunday night (Picture: BBC)

Fans also cottoned onto Gordon getting emotional, as many praised Tilly after her exit was confirmed.

One wrote on Twitter: ‘Anton was absolutely right. @tillyramsay is an incredible role model for young people. She’s smart, mature and so gracious. Gordon should be very proud of her and I have no doubt he is. Sad to see her leave #Strictly.’ 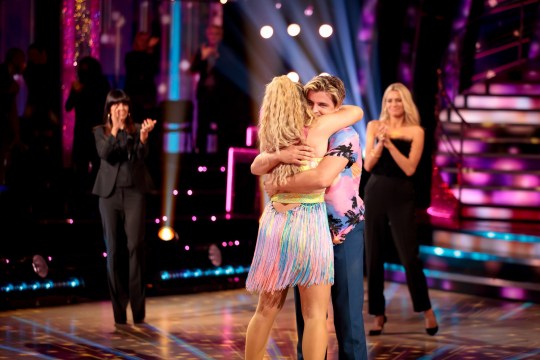 Nikita and Tilly just missed out on the quarter-finals (Picture: BBC/Guy Levy)

‘Must say I’m gonna miss seeing Gordon crying every week on #Strictly,’ someone else added.

When asked by host Tess Daly about their time on the show, Tilly said: ‘I’d just like to say a massive thank you to everyone who has made this an amazing, positive journey for me.

‘So a massive thank you and, obviously, a huge thank you to Nikita who has guided me out of my shell and has just made this the most amazing experience.’

Strictly Come Dancing continues on Saturday night at 6.40pm on BBC One.