Fred transformed into a turkey for his number (Picture: PA)

First Dates star Fred Sirieix has admitted he will overcome his fears by appearing on the Strictly Come Dancing Christmas special this year.

He’s set to transform into a turkey (as you do) and dance the quickstep to Merry Christmas Everyone by Shakin’ Stevens.

Dancing is no easy feat (even though the pro dancers make it look like a piece of cake), and Fred revealed he was pretty terrified going into the experience.

‘When I got the call I was as excited as I was scared, I can’t let fear rule me,’ he said.

‘Because I was so scared I thought, I had to do it. It’s about finding that headspace, with myself and Dianne, ignoring everything around us, which is a challenge and I can’t wait.’

Fred admitted rehearsals for the show had been ‘great’ but also ‘hard’ as he is not experienced in dance – but he’s got dancing queen Dianne Buswell to guide him through. 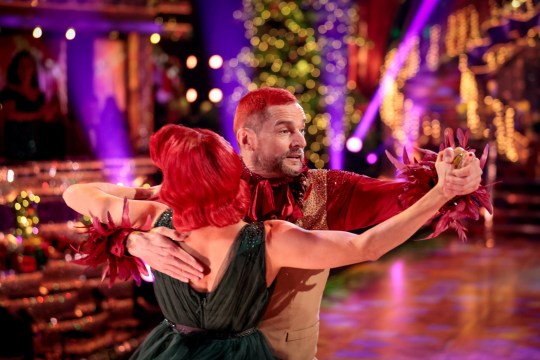 The pair have been hard at work (Picture: PA)

He added: ‘I’ve been practising this one dance for three weeks, it isn’t perfect, but it’s as good as it can be.

‘I’m not a dancer, my level of dancing is standing on tables as Christmas parties with my top off!’

Fred, we’re sure you’re going to be absolutely incredible! 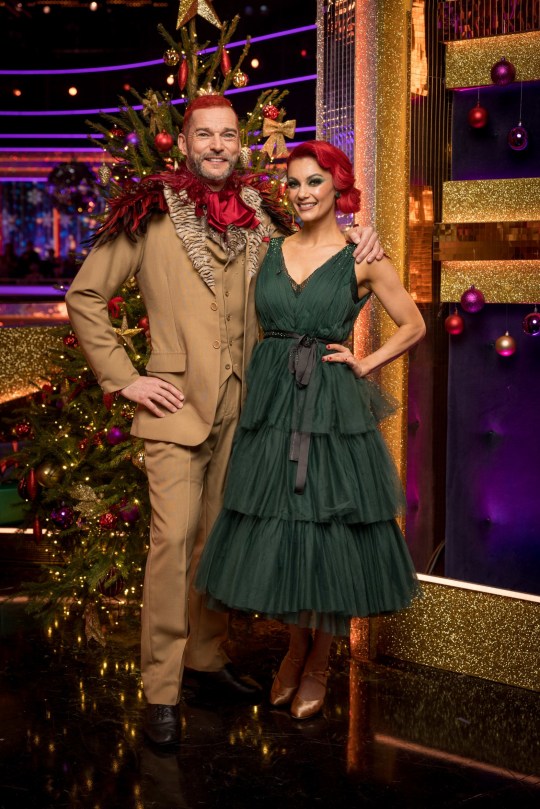 We’ve got our fingers crossed for him (Picture: PA)

Dianne was most recently partnered with comedian Robert Webb on Strictly, but the pair were forced to exit the competition early due to health reasons.

He had undergone emergency surgery on his heart for a mitral valve prolapse which was discovered during a routine medical check.

The Peep Show star said in a statement: ‘I’m extremely sorry to have to announce that I’m withdrawing from Strictly Come Dancing due to ill health.

‘Two years ago I had open heart surgery and although I believed I was fit enough to take on Strictly and its demanding schedule, it became clear that I had bitten off way more than I could chew for this stage in my recovery.

‘I had begun to feel symptoms that led me to seek an urgent consultation with my heart specialist, and it was her view that it would be better for the sake of my health to step back from the show.’

The Strictly Come Dancing Christmas special airs on BBC One at 5:10pm on Christmas Day.