Strictly Come Dancing star Adam Peaty enjoyed some ‘much needed’ time with son George-Anderson after safely making it through to the next week of the competition.

The Olympian and dance partner Katya Jones whipped fans up into a frenzy with their passionate Argentinian tango, which earned 32 points from the judges on Saturday night.

Fans couldn’t cope when the athlete appeared to lean in at the very end of the routine, before seemingly stopping himself.

Taking to Instagram, the athlete thanked fans for their support after the vote was revealed, and addressed the social media speculation after the performance.

Beside a snap of himself and Katya on the dance floor, as well as adorable photos of his son, Adam penned: ‘We go again, thankyou so much for all your support! Such a relief!

‘To everyone who sees what they want to see, your comments have real life consequences. I will not be lowered or overcome by your gossip. Protect your energy.

‘Great to spend some much needed time today with my boy.’

Adam and Katya impressed the judges with the complicated routine, which was enough for them to make it into next Saturday’s episode – with Greg Wise and Karen Hauer sent home.

However, some watching on from home thought they saw something extra at the end of the performance, and questioned the moment on social media. 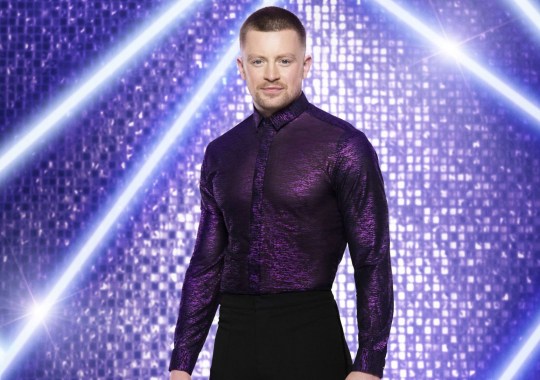 Adam hit back at the speculation on social media (Picture: PA)

His girlfriend Eirianned Munro – who he shares his son with – made light of the scenes on her TikTok page after seeing the reaction from viewers.

Posting a video on the platform, she pretended to cry while joking: ‘Watching your boyfriend almost kiss another woman on live TV.’

Eiri then tipped her head back and fake screamed as the words ‘finding out 10 million people also watched it live’ flashed up on the screen.

Strictly Come Dancing continues on Saturday on BBC One.