The EastEnders actress took to social media to share a light-hearted clip of her dancing while enjoying a McDonalds in between rehearsals.

In the first show, Maisie wowed the judges after she and her partner Gorka Marquez, danced to Gloria Estefan’s Samba.

However, it was HRVY who ended up taking the lead when he performed the Jive with dance pro Janette Manrara.

Taking to Instagram, the 19-year-old told her followers that week two of Strictly wasn’t ‘ready for her’.

‘Issa new week, let’s go. Week 2 you’re not even ready for me (Just warming up),’ she captioned the video. 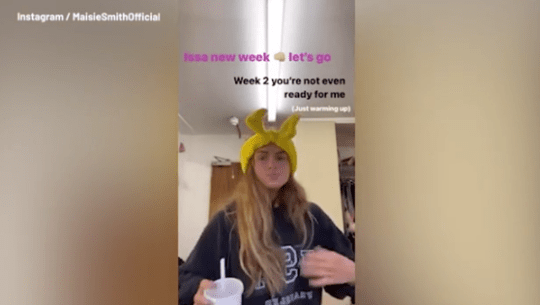 Maisie says she is just warming up (Picture: MaisieSmithOfficial) 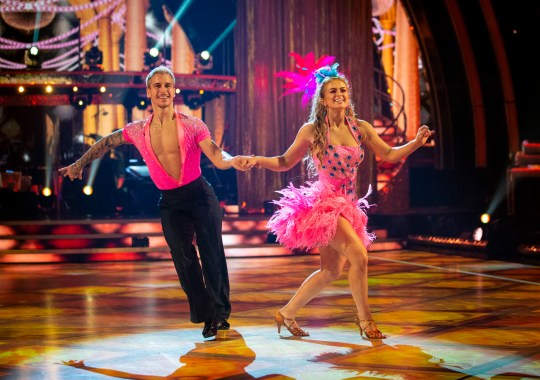 Maisie wowed the judges during the first show (Picture: PA)

It comes after it was reported that bosses are having to keep an eye on Maisie and YouTuber HRVY to ensure they stick to the kissing ban.

According to reports, bosses have warned the celebs that they must stick to their strict anti-Covid measures – including striking up a physical relationship with each other.

‘Maisie and Hrvy are being monitored by the producers after it’s become clear their connection could easily lead into a Strictly romance,’ a source began.

‘They’re both young, single and hot and the thought is that the two of them could bring the other cast into risk if they break the guidelines and get closer.’

‘They have both been told, as have the rest of the cast, that kissing is off-limits. Usually, the Strictly cast are very tactile. Not in 2020,’ they added to The Sun.

The source also revealed that the contestants have named the bosses the ‘passion patrol’.

Strictly Come Dancing continues on Saturday on BBC One.