Strictly Come Dancing: It Takes Two is great for some behind-the-scenes gossip, and Katya Jones was left cringing into Nicola Adams as she was caught out by the team.

The professional dancer was heard yelling instructions to her boxer partner all the way through their groundbreaking routine on Saturday night, with Zoe Ball revealing what viewers couldn’t hear on today’s show.

Appearing on the show to discuss their history-making routine, Zoe aired a version of Nicola and Katya’s dance with the music removed – and their lapel microphones turned all the way up.

Katya was then left giggling as her instructions to make sure Nicola didn’t get a foot wrong was aired for everyone to hear.

She was heard counting in her partner, before yelling: ‘Let’s go! Readyyyy?!’ 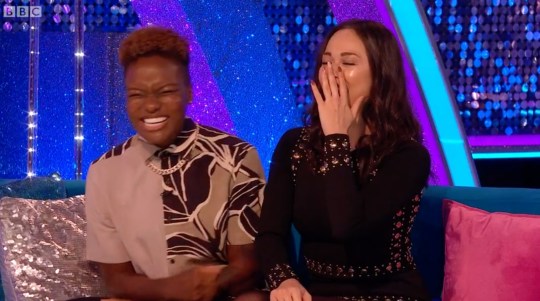 Katya Jones was caught out with her instructions leaving Nicola giggling along. (PIcture: BBC) 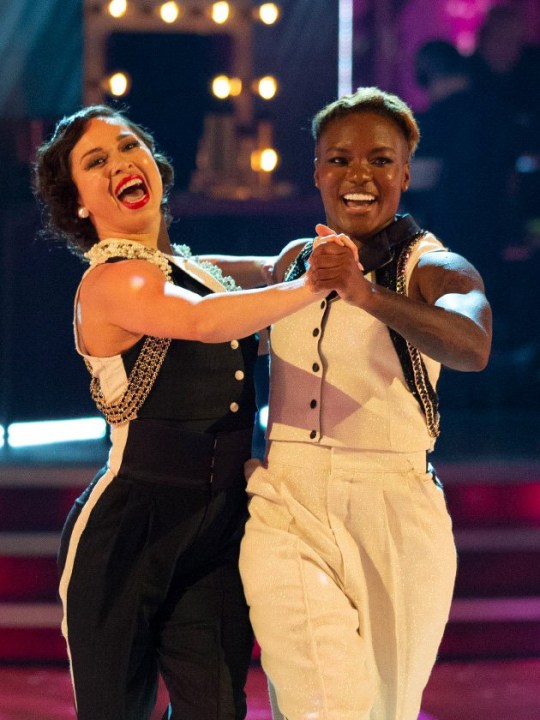 Katya and Nicola scored 21 in their first routine (Picture: BBC)

Continuing to yell instructions throughout the routine, the smiling pair were then breaking out into song as they held pose together for the fast-paced routine.

It worked though, and the pair earned 21 for their efforts in week one of the competition, putting them in joint third place with Caroline Quentin and Johannes Radebe, and Ranvir Singh and Giovanni Pernice.

‘It was the first time I’ve ever done dancing,’ Nicola told Zoe. ‘I didn’t know what a quickstep was until I started Strictly, so to be able to achieve a score like that is unbelievable, I’m so happy!’

They then announced that they will be performing the first Couples’ Choice of the series next week – which will be either a street, contemporary, or theatre/jazz dance.

Full week two announcements will be revealed laster this week.