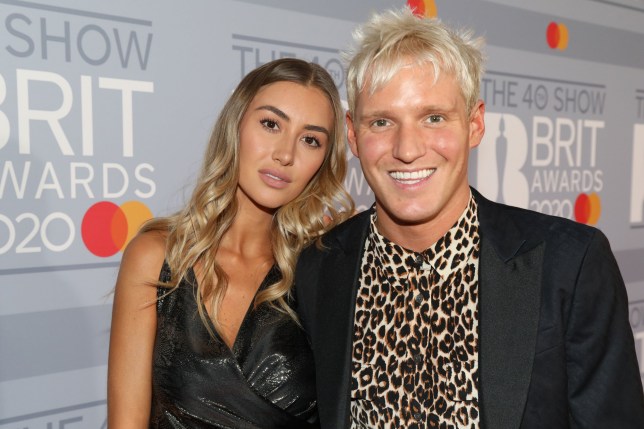 Jamie Laing is looking to pop the question (Picture: Rex)

Strictly Come Dancing’s Jamie Laing has vowed he’ll propose to his girlfriend Sophie Habboo if he wins the show’s 2020 series.

The Made In Chelsea star, who performed for the first time with his partner Karen Hauer on Saturday, has been dating Sophie since last summer and wants to ask her to be his wife should he lift the glitterball trophy.

Speaking to OK! magazine, Jamie enthused: ‘You know what? Maybe I should do that. When I lift the trophy I might propose to her at the same time.’

Jamie, however, did reveal that Sophie wouldn’t be best pleased if he popped the question on the show.

‘Honestly, she would be furious if I did it on the Strictly dance floor, on the TV,’ he said. ‘It would be her worst nightmare.

‘So between us, I will propose to her when I win Strictly.’ 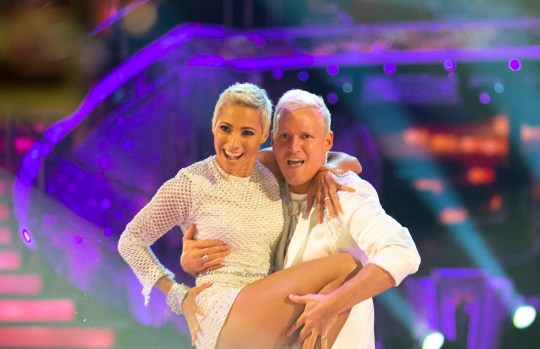 Jamie and Karen Hauer performed for the first time on Saturday (Picture: PA)

But it’s not exactly looking likely that Jamie will be taking home the Strictly crown, as the bookies are not yet naming him a favourite to win.

Instead, Ladbrokes are tipping the reality television star 10/1 to leave the competition next week.

As it currently stands, singer HRVY is the favourite to win after coming top of the leaderboard on Saturday with his routine with partner Janette Manrara.

Maisie Smith had previously headed the betting since it was revealed she was participating, but after an impressive performance last night, the bookies have slashed HRVY’s odds from 5/1 to just 7/4.

Alex Apati of Ladbrokes said: ‘Maisie Smith looked a shoo-in for this year’s Glitterball Trophy but HRVY has leapfrogged her and now heads the betting after a great performance on Saturday night.’

Strictly Come Dancing airs on Saturday at 7.15pm on BBC One.