Strictly Come Dancing’s HRVY has been going the extra mile to perfect the routines, but has been leaving himself sick in the process.

The 21-year-old, real name Harvey Cantwell, has had quite the ride on the show already over the past two weeks, nearly having to drop out after testing positive for coronavirus.

Thankfully he recovered in time, and partnered with Janette Manrara performed a jive in his first week that was declared ‘one of the best first routines of all time’ by Motsi Mabuse.

But that comes at a cost, and speaking on It Takes Two, HRVY revealed that he has been left ill over the extreme pressure of the rehearsal room and the strenuous routine.

When Zoe Ball said he was impressed by his stamina, the singer came clean and said: ‘Thank you for saying that, but it was a struggle to get through it all, I won’t lie. It was really, really hard.

‘The day before in the dress runs, we did three, and I did have a little moment where I had to go to the toilet and…’ 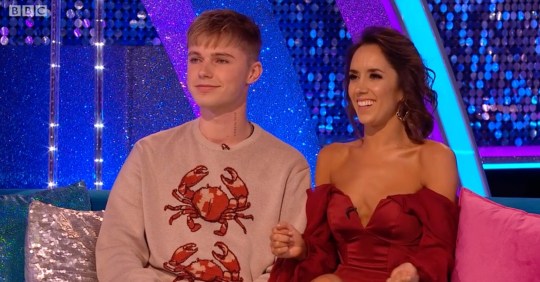 HRVY and Janette appeared on It Takes Two (Picture: BBC)

‘He threw up!’ Janette then finished, laughing along with HRVY who admitted: ‘I wasn’t gonna say it, but I mean, I might as well be honest!

‘I went light-headed and had to sit down.’

He blamed the ‘jiggle’ of the fast-paced dance for making his stomach take a turn, but admitted that even on the night, the nerves were getting the best of him. 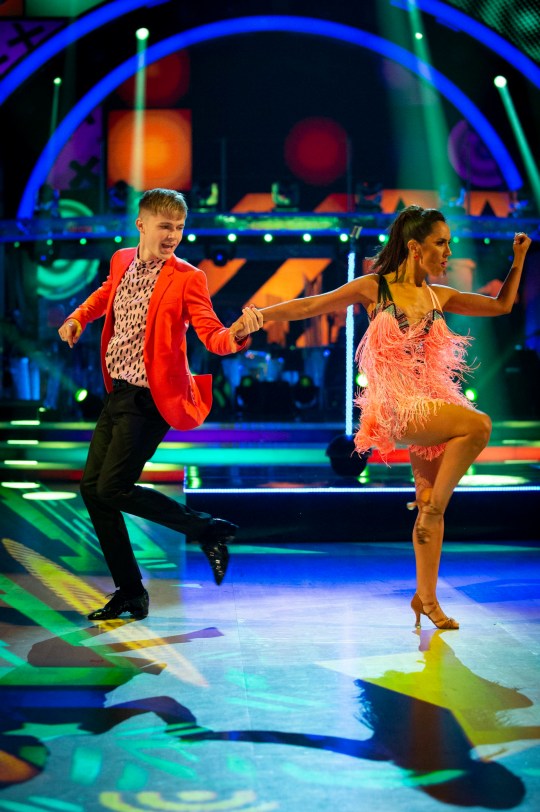 HRVY’s high energy routine left him being sick away from the stage (Picture: BBC)

‘I was so nervous, I was sweating backstage and my hands were soaking – really clammy! I was really excited but most of all I was just really nervous,’ he said.

Nope, in fact he ended up top of the scoreboard – which is not too shabby considering how ill he was feeling!

Thankfully, things are able to calm down a little bit this weekend, as they revealed that they’ll be performing the Vienesse Waltz.

‘I love this routine, and I love the song as well,’ HRVY said, though didn’t reveal what the track was.