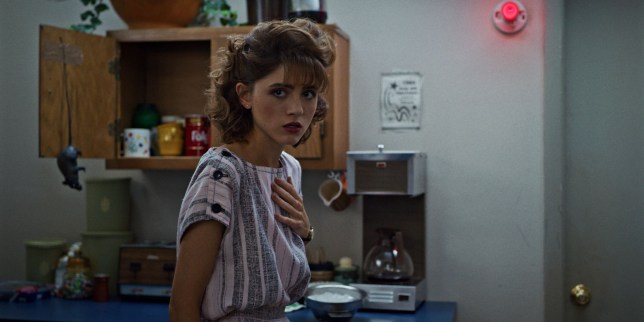 And it looks as though the upcoming instalment of the Millie Bobby Brown fronted show is going to be bigger than ever before.

Keeping her cards close to her chest, the Nancy Wheeler star spoke to Vogue about what fans can expect from the next series.

‘Every time we end a season, we all think, “where is this going to go? Where can this possibly go?”‘ 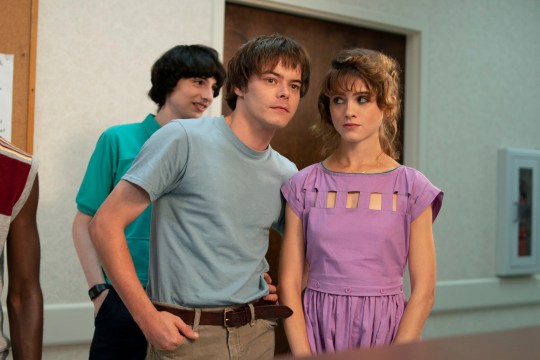 She said it’s going to be big (Picture: Netflix/Kobal/REX)

‘Then we get the scripts for the next season and we’re, like, “Oh my god, wow, like, wow!”‘ she pressed. ‘So, while I can’t say a lot, except that it’s going to be a while before it comes out, it will definitely be worth it.

Not much is known about the upcoming plot, however, two episode titles were recently revealed – and it looks as though there’s going to be a race against time.

The cast have reunited on set after the coronavirus pandemic (Picture: Netflix)

Episode two is called Tick Tok Mr Clock, while episode three has been titled You Snooze, You Lose – but who these will affect is still unknown.

The creators are already working on the show’s finale as Matt and Ross Duffer have teased how they’ll wrap up the series.

Talking to Deadline Matt explained: ‘We like to look at each season as kind of its own complete story. We do have a pretty large mythology.

‘I think when we were developing season one – and to Netflix’s credit, they sort of pressured us to make sure we had this mythology really hammered out – we had a 25-page sort of Stranger Things mythology that only maybe a small handful of people have seen.’

‘So we do have a general sense of where we’re going,’ he pressed. ‘We’ve known the ending of the show for quite a while.’

Stranger Things is available on Netflix.

What uni does Peter from Bake Off go to and what is he studying?