Stranger Things season four is finally here – but the Upside Down might be closer than you think.

The hit sci-fi Netflix series is back for another run, and it appears the horror has gone beyond Hawkins with rifts appearing all over the world just like the portal Eleven (Millie Bobby Brown) ripped open.

Now, it appears the Upside Down has taken over with 15 landmarks in 14 countries getting a spooky twist to celebrate the return of Stranger Things at events across the globe.

In a press release, Netflix said: ‘Ever since 1983, when a test subject in a Hawkins, Indiana lab named Eleven ripped open a portal between Hawkins and the Upside Down (a terrifying alternate dimension beneath the surface of this small town), similar rifts have been opening up in the most unexpected places.

‘Now, they’re officially in our world too.’

From the Empire State Building in New York City and Australia’s Bondi Beach to Xbox Plaza in Los Angeles and the Gateway of India in Mumbai, nowhere is safe. 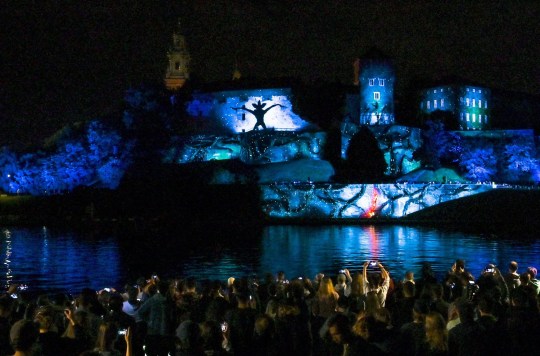 There was another rift at Wawel Castle in Krakow, Poland (Picture: Artur Widak/NurPhoto/REX/Shutterstock) 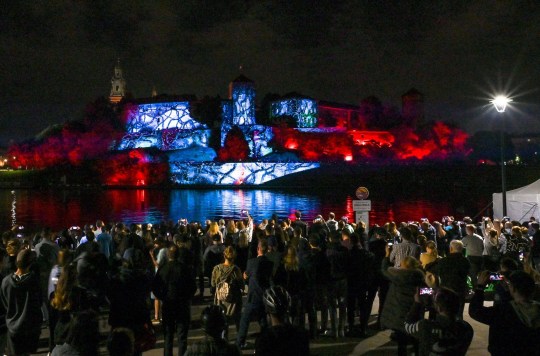 Crowds gathered around the world to watch the drama unfold (Picture: Artur Widak/NurPhoto/REX/Shutterstock)

There are also rifts at the Telefónica building, Gran Vía 28, Madrid, the Plaza del Callao, Madrid in Spain, plus others in Shoreditch, London and Tokyo, Japan.

It’s not just the rift though, as Netflix had promised ‘a visual spectacle and light show of unprecedented size and scale’, with the portals opening ‘in real time’.

The streaming service promised ‘eighties vibes’ and ‘a lot more surprises’, with locals transported back in time. 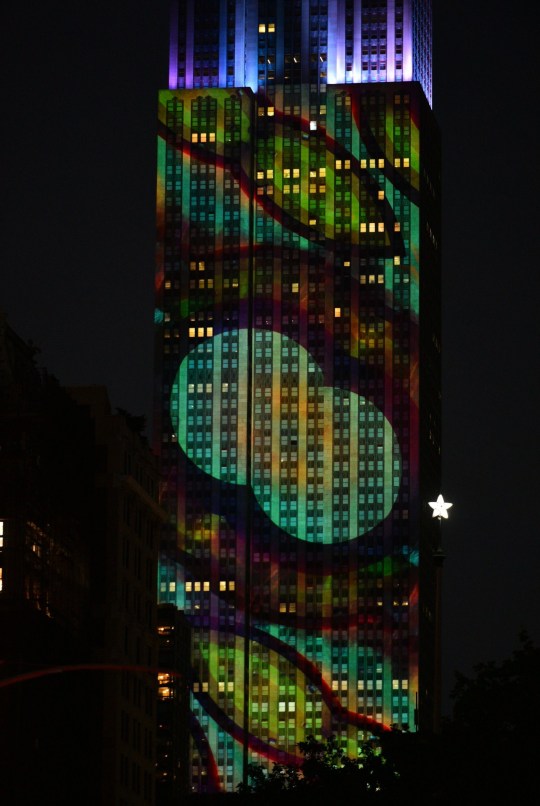 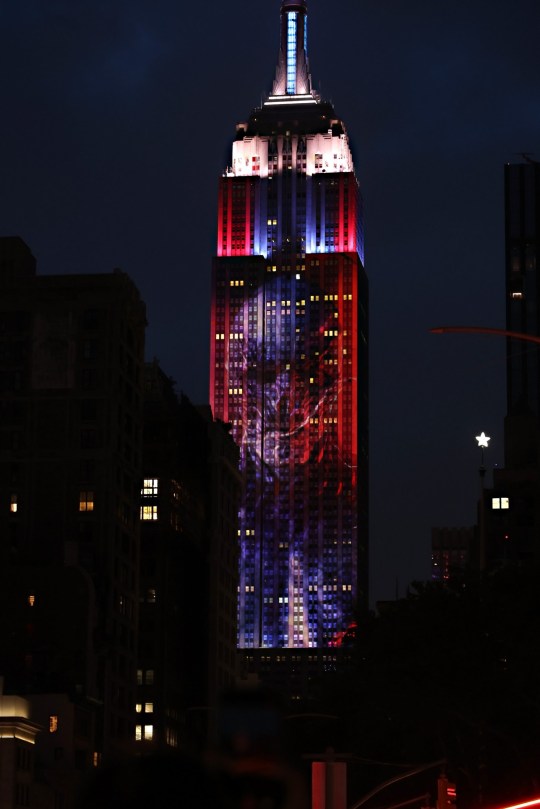 The monuments are lit up to mark the launch of season four (Picture: Cindy Ord/Getty Images)

For fans in Milan, Netflix teased: ‘Duomo Square will transport visitors back to the 80s with throwback brand logos on display and multiple dedicated themed fan experiences.’

And for Bondi Beach, they added: ‘Scientists in hazmat will patrol the area while lifeguards will set up a safe perimeter around the scene.’

Meanwhile, a warning has been added to the first episode of the new series following the shooting at a school in Uvalde, Texas in which 21 people were killed. 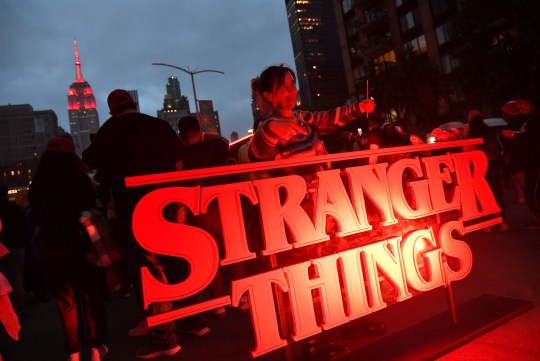 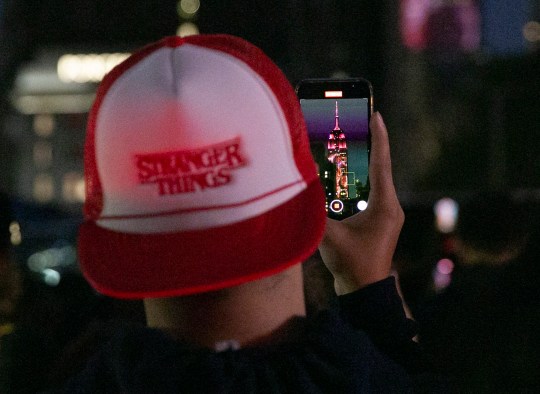 In the wake of the tragedy, some could find the opening scene of the premiere ‘distressing’, and so a warning has been added to the first episode for audiences in the US.

As reported by Variety, a warning card has been added to the first episode for Netflix users in the US which reads: ‘We filmed this season of Stranger Things a year ago.

‘But given the recent tragic shooting at a school in Texas, viewers may find the opening scene of episode 1 distressing.

‘We are deeply saddened by this unspeakable violence, and our hearts go out to every family mourning a loved one.’

Meanwhile, it’s said the description for the episode has also been edited to say: ‘Warning: Contains graphic violence involving children’, with ‘disturbing images’ added to the show rating advisories.

Stranger Things season 4 is available to stream on Netflix.