STEPS have postponed their remaining What The Future Holds tour dates after several members of their touring party tested positive for Covid-19.

The beloved pop group have now rescheduled tonight’s performance in Cardiff and Wednesday night’s show in Bournemouth until summer 2022.

Steps have postponed their remaining tour dates after their tour was hit with several Covid casesCredit: Getty Images 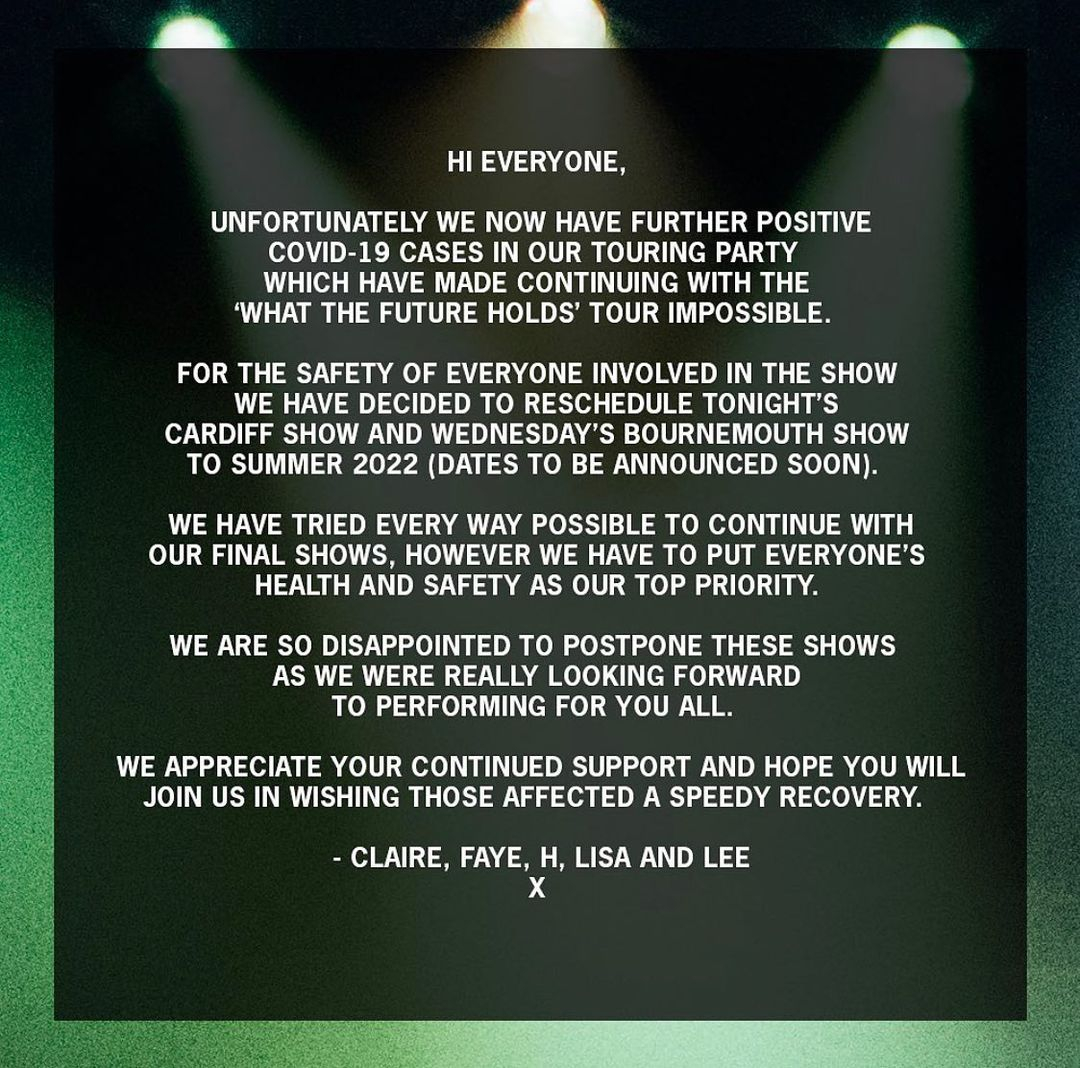 The group announced the news on their official Instagram page earlier today.

The statement read: “Hi everyone. Unfortunately we now have further positive Covid-19 cases in our touring party which have made continuing with the What The Future Holds tour impossible.

“For the safety of everyone involved in the show we have decided to reschedule tonight’s Cardiff show and Wednesday’s Bournemouth show to summer 2022 (dates to be announced soon.

“We have tried every way possible to continue with our final show, however we have to put everyone’s health and safety as our top priority,” it continued.

“We are so disappointed to postpone these shows as we were really looking forward to performing for you all.

“We appreciate your continued support and hope you will join us in wishing those affected a speedy recovery. – Claire, Faye, H, Lisa and Lee X.”

Singer Faye, 46, took to Instagram today to reshare the statement to her personal Instagram page and thanked fans for all their support.

She captioned the post: “We tried our absolute best to finish the tour. Thank you to everyone who came to support us. I hope we’ve brought some joy to all of you who came to see us.

“For now we have to down tools and be proud of what we managed to achieve in these unprecedented times …”.

The news comes just days after it was announced that bandmate Lee Latchford-Evans had tested positive for the virus and would be forced to miss the remainder of the band’s tour.

Steps wrote on Saturday: “We are sorry to report that in disappointing news, Lee this morning tested positive for Covid-19 which means he is now isolating and will unfortunately be absent for the remainder of our ‘What The Future Holds’ tour.

“We intend to carry on with the remaining three shows while the rest of us test negative.

“In good news, in line with government guidelines, Faye returns from her isolation today and will be performing at the O2 tonight.”

Lee’s diagnosis also came the day Faye was allowed to return to the stage after completing her government issued isolation.

The former Strictly star had to pull out of tour dates earlier this month as she also tested positive for the virus.

Fans have been loving the return of the group ever since their first comeback in 2017 with their number-two-placing album, Tears On The Dancefloor.

They went onto release their sixth studio album, What The Future Holds, last November. Next year, the band will celebrate their 25th anniversary. 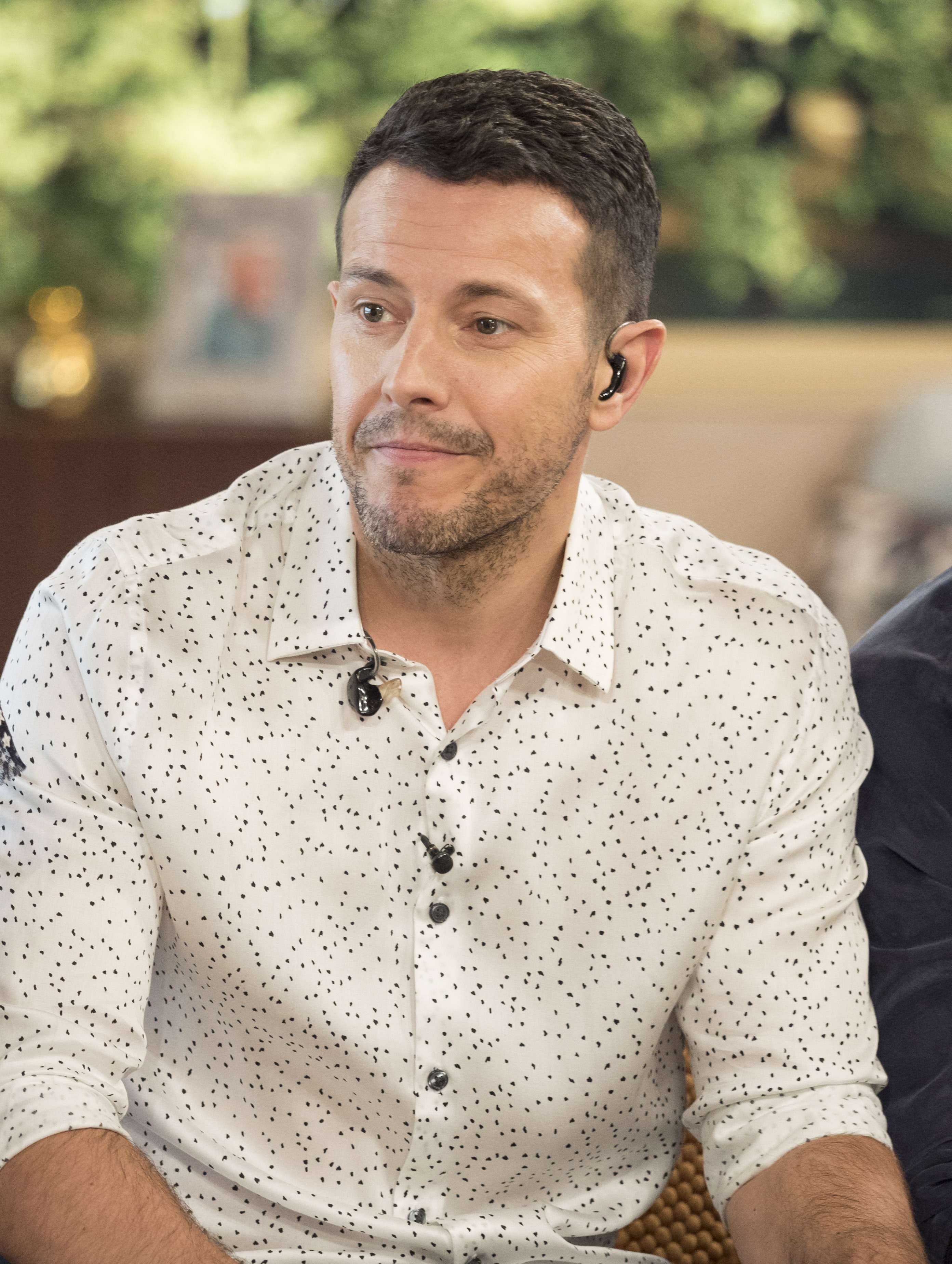 Lee Latchford-Evans was forced to pull of out the band’s tour on SaturdayCredit: Rex Features 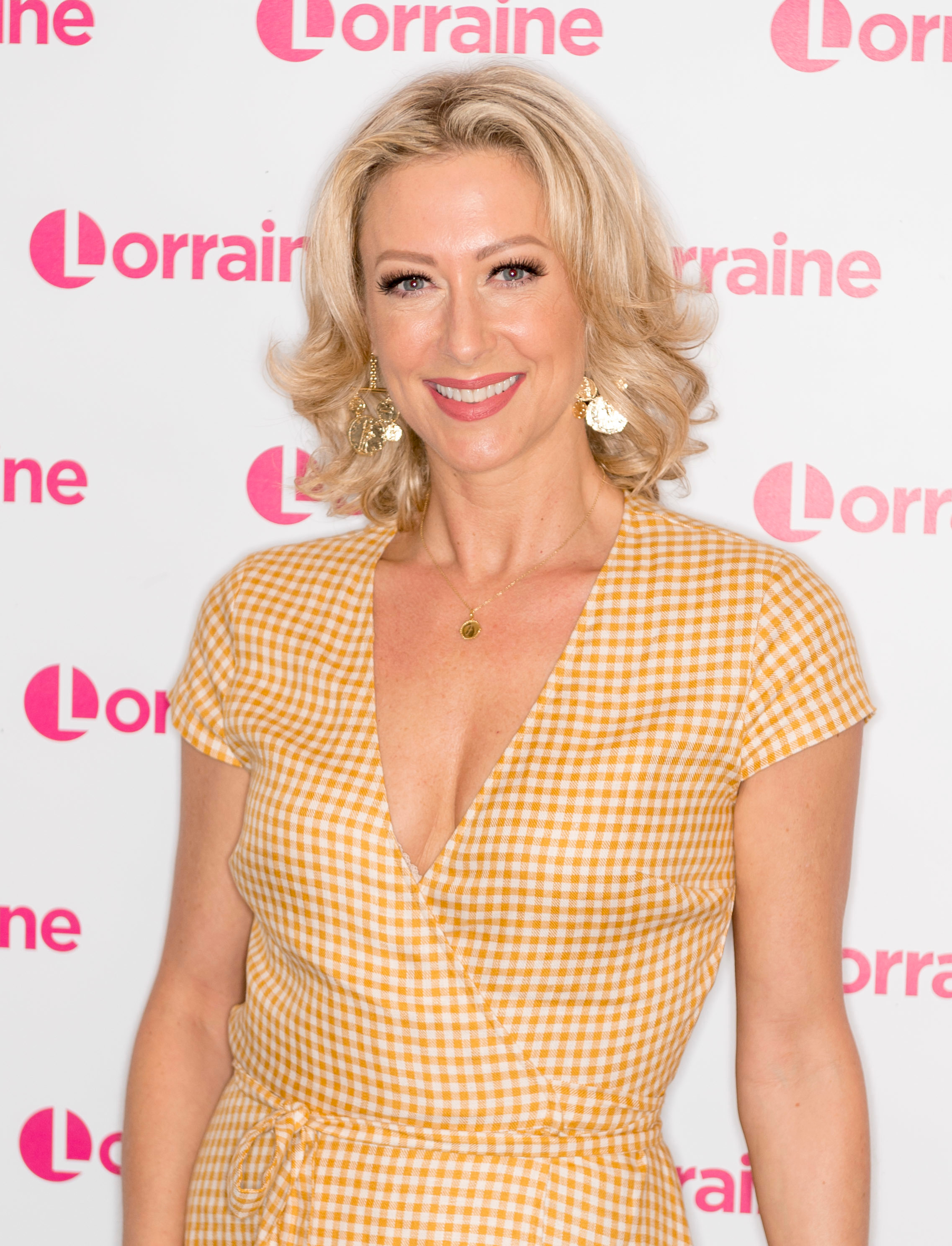