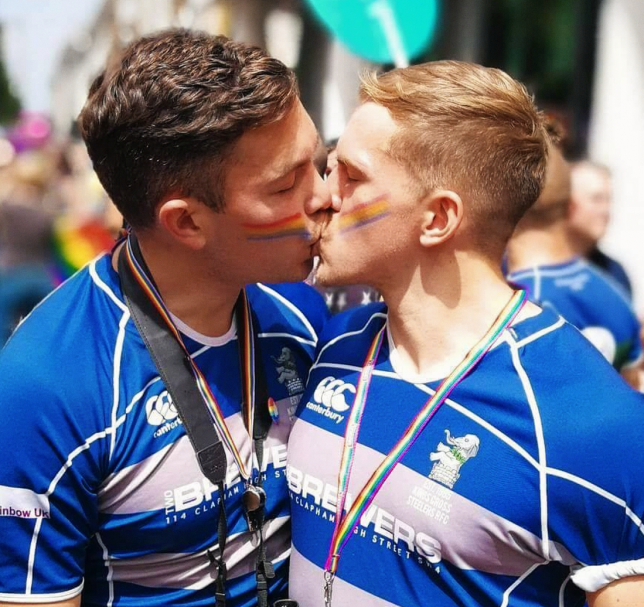 Joy, celebration, acceptance – Steelers has a place for everyone (Picture: Amazon Prime)

The King’s Cross Steelers may not be a team on your radar, whether you’re gay or straight, but few clubs will have made quite the impact of the self-made rugby teamed founded in a north London pub 25 years ago.

However, thanks to one of its players, Eammon Aston-Atkinson, the team is finally having its moment in the new Amazon Prime Video documentary Steelers, a celebration of a club that is not only trailblazing but life-changing.

The film follows the Steelers as they make the biannual pilgrimage to the Bingham World Cup where, 25 years after the Steelers was formed, a further 60 clubs worldwide followed its lead, and now every two years they come together and battle it out – savagely – in the biggest gay rugby tournament in the world.

Eammon joined the Steelers five years ago after moving to London from Australia, having no idea what life lay ahead of him. As it turned out, he soon found a new family – a team of gay men from all walks of LGBTQ+ life with a shared love, passion, and talent for the sport which many gay men have otherwise been excluded from.

In 2018, the Steelers headed to Amsterdam for another attempt at the Bingham cup, but long before touching down in Holland, Eamonn’s brother flew to the UK to see him marry his husband, also a rugby player, and watch him play a match.

‘It was the first time I ever had a family member watch a rugby match so I showed off,’ says Eammon. So much so he ended up concussed after going too hard into a tackle. His hopes of playing the Bingham Cup were over, but instead of admitting defeat, he picked up his camera and without having any idea what he was about to film, followed the team anyway hoping to tell a story about how the club is changing lives. 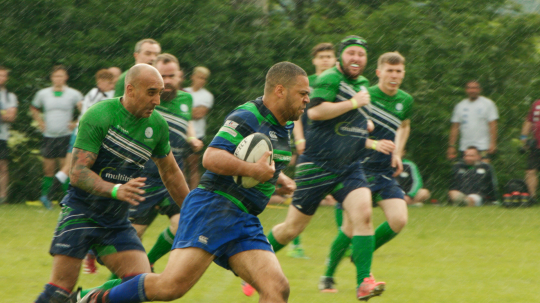 ‘I was looking around the club and I realised it wasn’t just me who had felt this impact, it was every single player. I was trying to work out what it was about gay rugby that was so special and a benefit for all these queer people – mental health benefits from sport and being able to form a relationship away from drugs and alcohol as well as reclaiming that place on the sporting pitch where we’re told we don’t belong.’

But Steelers goes far beyond the sport. It’s a story of hope, a celebration of the strength of queer people, the journey to finding our authentic self and discovering a family outside of our own who help us realise our truth.

So often, when gay people are seen on screen, our stories are tragic – death, disease, marginalisation, abuse. Of course, they’re not inaccurate or exaggerated but growing up for a lot of us that was all we saw. Even now, I rarely see an LGBTQ+ character whose narrative isn’t driven by their sexuality. 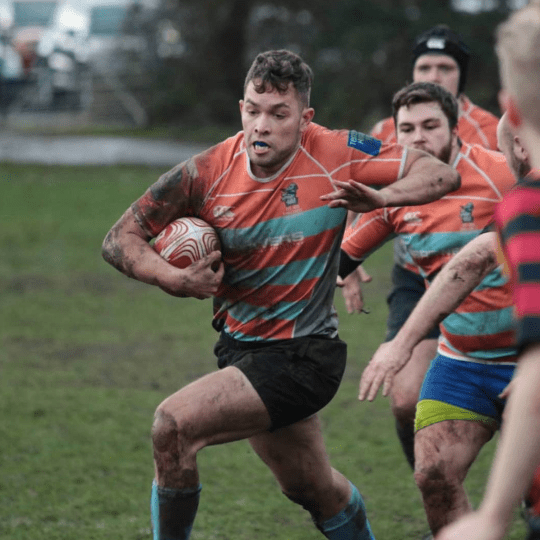 Eammon set out to tell a story of hope and did just that in Steelers (Picture: Amazon Prime)

Steelers doesn’t forget about the painful experiences which are somewhat unavoidable for all LGBTQ+ people but looks at what is possible once you overcome that shame and trauma.

Simon is a player who came out as gay in his early 30s and in Steelers talks frankly about his depression after desperately suppressing his sexuality, clinging on to hope that it wouldn’t matter. He was more than a gay man, and could cling onto the rest of him because surely that would be enough and life, at the very least, would be bearable. 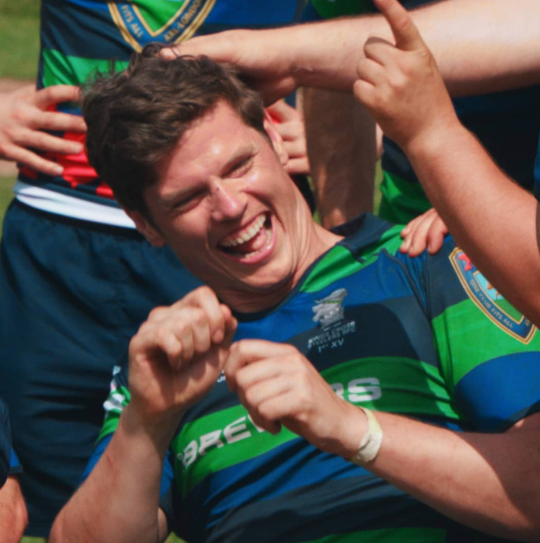 Simon didn’t come out until his early 30s and his courage is celebrated in Steelers (Picture: Kings Cross Steelers)

Eventually, he told his family and friends he was gay but was jilted when he told a best friend, who was straight, he was in love with him. Naturally, Simon was crushed and sank into a deeper inescapable depression, but in the Steelers he was reborn. It was this part of his journey he wanted to share.

‘I didn’t want to talk about being depressed because that was just one aspect of who I am so it took a lot of trust for me to talk about it with Eammon,’ explains Simon. ‘It was talking to him about what his perspective was which was very much about the positives.

‘He said, “We do talk about very difficult topics but it’s about getting through them and coming out of the other side and what that looks like.”

‘That is where we are, there is so much more hope around and I think these stories are great. If they resonate, not only with gay viewers but all sexualities and genders, and if people can see hope and see you belong to something then the story has much more of an impact than being a niche gay film. I hope it has that impact on people.’

As well as Simon, Steelers follows two more central characters – Andrew, a drag queen who can bend and snap in a killer six inch heel as easily as he can bring a trojan down on the pitch, and Nic, the team’s lesbian coach, a total force of nature with a blistering devotion to her ’boys’ and is perhaps the most experienced and formidable player of them all.

At the heart of Steelers, its message is simple: whatever path you take that’s fine, just always be authentically you. A message perhaps particularly applicable to gay men.

‘What other social group has words like twinks, daddies, bears, to define them?” Eammon asked. ‘It’s hilarious watching the film with straight people because so many times they’re like, what’s a twink, what’s a bear?

‘We box ourselves in these subgroups and only hang out or date those similar people. I was so blessed that the three people I picked because they each had such important messages on such important topics.

‘We all deserve happiness for those of us who didn’t get it growing up – if you haven’t found it yet don’t give up because it’s just around the corner so keep looking. I really believe that. If anything the last five years have taught me it’s don’t just be satisfied or stay where you are if you’re not happy.

‘Instigate that change and don’t stop until you find it.’

Steelers is available to stream on Amazon Prime now.