Starfield has been mentioned for several years, but now it seems to be well within reach. With just months left before launch, now’s a good time to catch up on all of the exciting information we’ve heard about the game so far.

Since E3 2021, Bethesda has been eking out news and updates on the game, and slowly but surely the stars are starting to align and we’re starting to learn more about what Starfield will have in store for us when we get our hands on it when it launches.

If you found Skyrim a bit too easy-going, don’t fret: Bethesda calls Starfield “a bit more hardcore of a role-playing game”. “Starfield is the first new universe in 25 years from Bethesda Game Studios, the award-winning creators of The Elder Scrolls V: Skyrim and Fallout 4,” says the official website. “In this next generation role-playing game set amongst the stars, create any character you want and explore with unparalleled freedom as you embark on an epic journey to answer humanity’s greatest mystery.”

With that in mind, here’s everything we know about Starfield so far:

If you’re looking forward to Starfield, then good news: there’s not much longer to wait. Starfield will launch on November 11, 2022 and will be exclusive to Xbox Series X|S and PC platforms.

Unfortunately for PlayStation fans wondering if Starfield will launch on PS5, the answer is no. Last August, Microsoft Studios’ general manager Aaron Greenburg shared that Starfield‘s exclusivity is here to stay, and the game is “not a timed exclusive”.

“Starfield will be launching exclusively on Xbox Series X|S and PC on November 11, 2022. Game Pass members can play it day one as well on Xbox & PC. I know we have said this all before and none of that has or will change,” added Greenburg.

Starfield is available to pre-order right now for £59.99. The game will also be available on Xbox Game Pass from day one, meaning that anyone with a subscription to the service will be able to play it without purchasing it at full price.

During Microsoft and Bethesda’s highly-anticipated E3 showcase, the first official trailer for Starfield was revealed. Unfortunately, there’s no gameplay footage to be found – it’s all ‘in-engine’.

On the plus side, there’s not much longer to wait for some proper Starfield gameplay to emerge. As part of a Reddit Ask Me Anything (AMA), Bethesda’s Todd Howard shared that fans will get a first look at Starfield gameplay in Summer 2022.

“We prefer to just show it, which should be [Summer 2022],” said Howard. “We’re happy with the advancements we’ve been able to make, some of which you can see in the trailer shot in-game.”

While we wait for Starfield gameplay to emerge, there’s still plenty to tide us over. Back in November 2021, Bethesda shared plenty of concept art for fans to dive into – as well as a live performance of the game’s main theme. 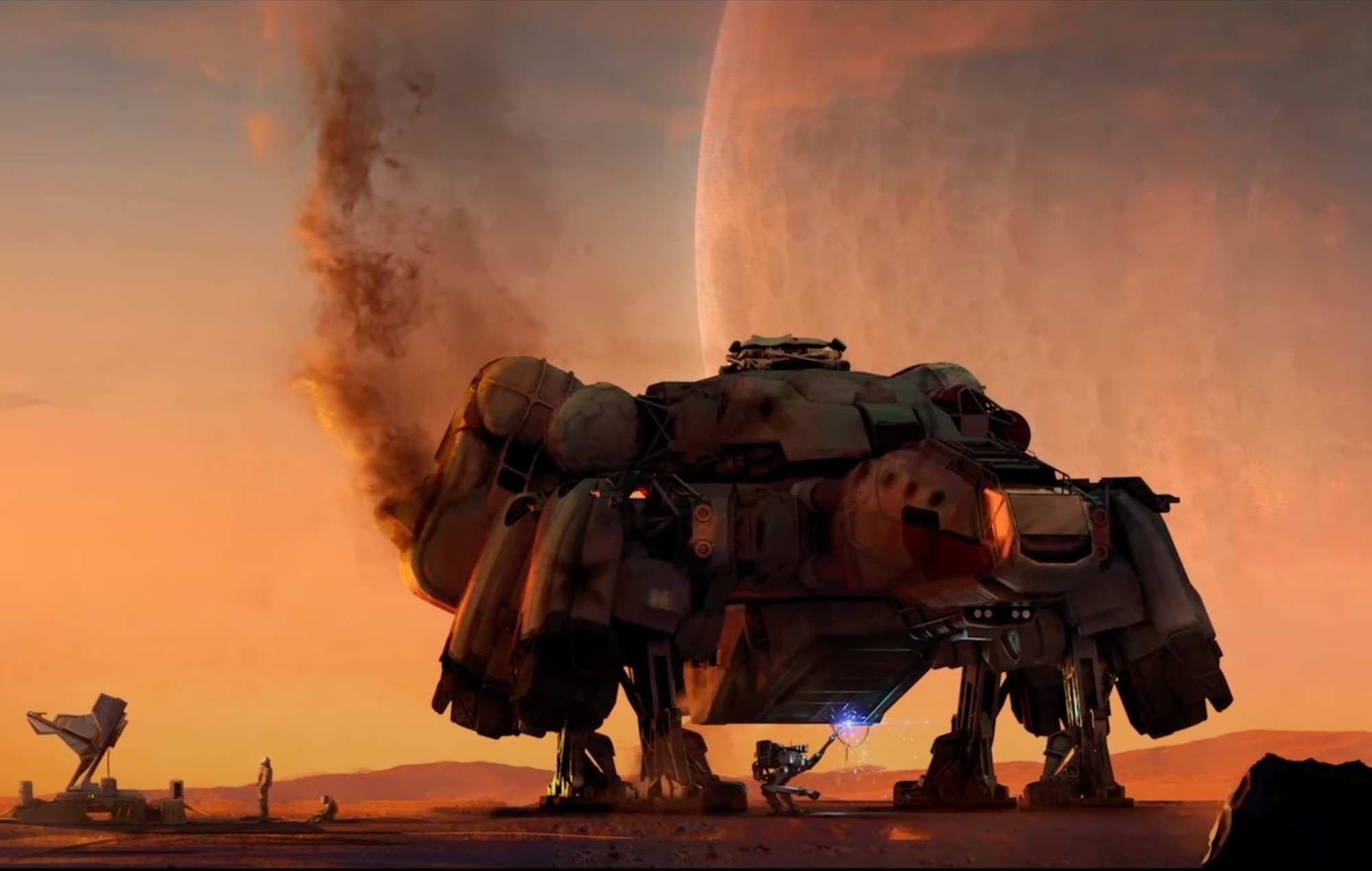 According to Bethesda, Starfield is a next-gen RPG with a sci-fi setting.

In February 2022, Bethesda shared that Starfield was created with a “NASA-punk” theme in mind, with lead artist Istvan Pely revealing that the design team “wanted a very realistic take” on the sci-fi genre, and the resulting universe is “more grounded and relatable” than typical sci-fi entries.

During an interview with The Washington Post, Bethesda Game Studios Executive Producer Todd Howard described the title as “like ‘Skyrim’ in space”. “For me, Starfield is the Han Solo simulator,” said Bethesda Managing Director Ashley Cheng. “Get in a ship, explore the galaxy, do fun stuff.” 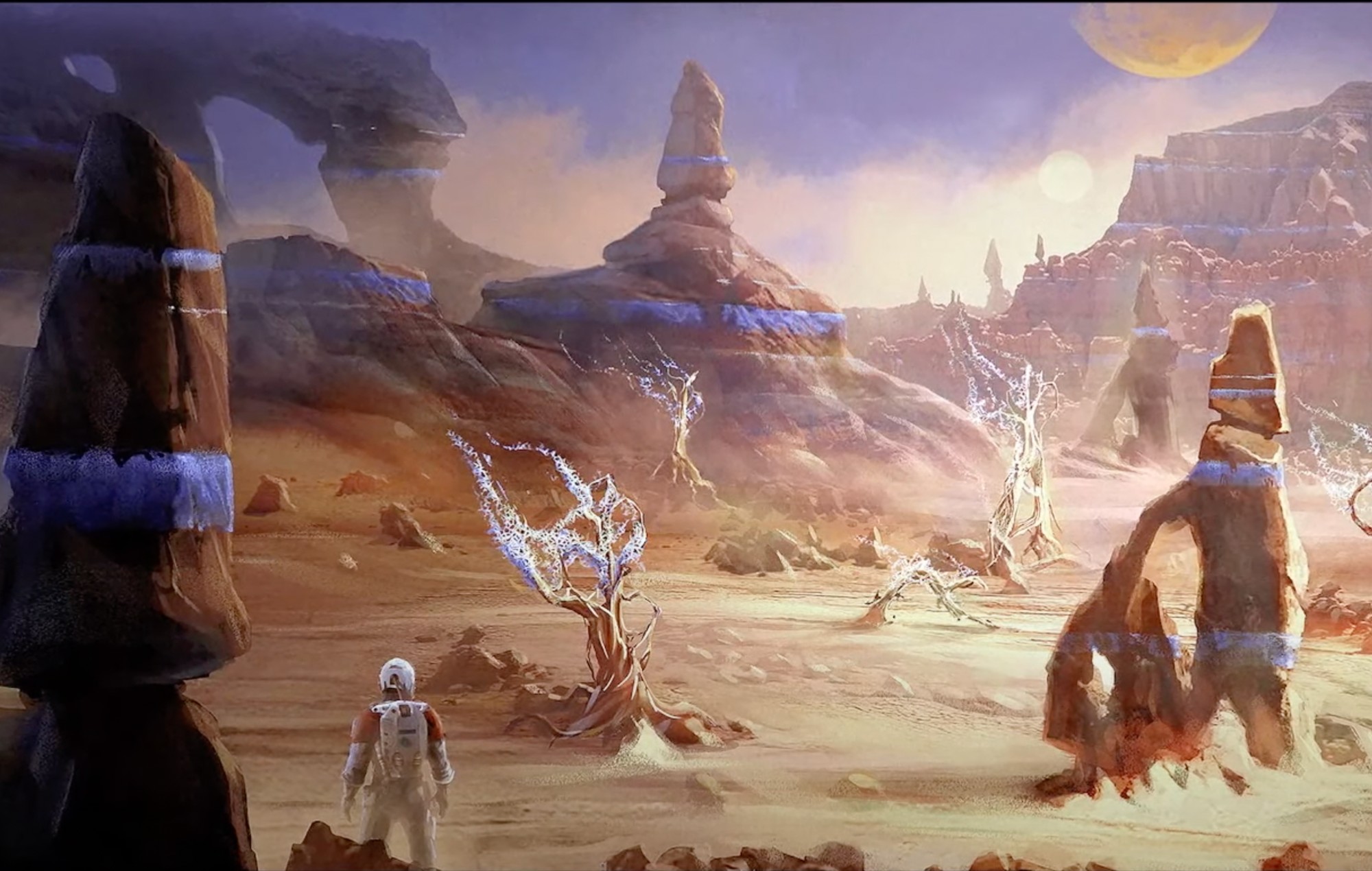 “We like to put you in a world where we’re not dragging you by the nose and saying you must do X, Y and Z, and that it’s okay for you to want to test the [game’s boundaries],” said Howard in an interview with The Telegraph.

Of the other people Starfield players will be sharing the world with, in October 2021 Bethesda shared plenty of details of the universe’s backstory and all of the factions that will be inhabiting it.