A special prosecutor asked to investigate the initial resolution of the case against Jussie Smollett for making false reports of a hate crime has determined that the state attorney’s office engaged in “substantial abuses” during the case.

In January 2019, the actor told police he was attacked near downtown Chicago and that he was subject to racist and homophobic slurs by two unknown men, who also poured bleach on him and wrapped a noose around his neck.

Authorities investigated the claims and determined that Smollett orchestrated the scheme. In February 2019, he was arrested for and charged with allegedly filing a false police report. Smollett plead not guilty to these initial charges, and the charges were dropped in March 2019.

Cook County State’s Attorney Foxx recused herself from the case about a week after the initial charges, days before they were suddenly dropped. Amid criticism, she asked for a special prosecutor to be appointed to investigate her office’s handling of the case.

According to CNN, the report alleges “abuses of discretion and operational failures” by the office in prosecuting and resolving the initial case.

The report claims Foxx had three phone calls with Jurnee, multiple days after the state attorney was made aware that Jussie was under investigation. The report contends that Foxx had falsely characterised those contacts to the media as occurring “while Mr. Smollett was a victim”, despite being aware he had become a suspect.

Judge Michael Toomin appointed special prosecutor Daniel Webb on August 23, 2019, to determine whether the former Empire actor should be prosecuted further after the initial punishment was believed by many to be “very favourable to Smollett,” according to Webb’s report.

On Monday (December 20), an Illinois county judge signed off on the release of the 59-page report of Webb’s investigation, which was concluded on August 17, 2020.

The Cook County State’s Attorney’s Office (CCSAO) has issued a statement (via CNN) disagreeing with the findings of the Office of the Special Prosecutor (OSP).

“Though State’s Attorney Kim Foxx was not involved with the initial disposition of the Smollett case, she and the CCSAO remain steadfast that the office acted within its broad prosecutorial discretion,” the statement said. “A prosecutor’s discretion is as broad as any in the law, and differences of opinion as to how a case was handled do not signify an abuse of discretion. Finally, it is important to emphasize that the OSP did not find any criminal activity or undue influence on the part of the State’s Attorney or the CCSAO.”

The investigation arose out of the unexpected decision by the CCSAO on March 26, 2019, to drop its initial 16 felony disorderly conduct charges against Smollett, saying the actor had agreed to forfeit his $10,000 bond.

City officials were not impressed by the punishment; neither were the Chicago Police Department, which had spent weeks investigating the alleged hate crime. 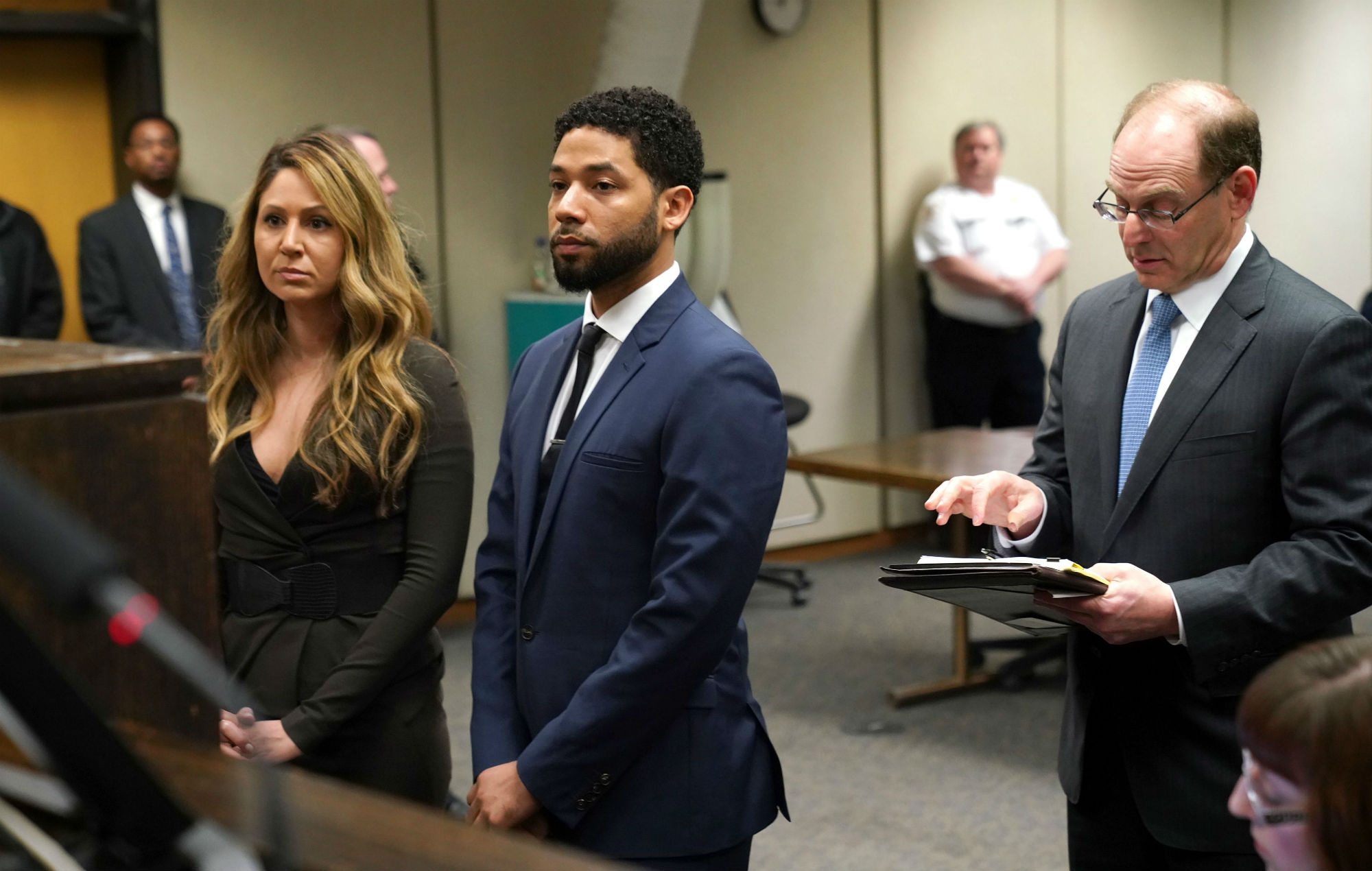 In February last year, a Cook County grand jury – at Webb’s request following his investigation – returned a six-count indictment against Smollett. He was found guilty earlier this month.

Smollett faces up to three years in prison for disorderly conduct, which is a class four felony, though experts have reportedly said the actor is more likely to be put on probation and ordered to do community service.

Regarding the investigation into possible wrongdoing, Webb’s report said that while investigators did not find any evidence to support criminal charges against the CCSAO or Foxx for their conduct in the initial case, it did “develop evidence that establishes substantial abuses of discretion and operational failures by the CCSAO”.

The report said the evidence “may rise to the level of a violation of legal ethics by State’s Attorney Foxx and the CCSAO lawyers relating to false and/or misleading public statements made about the prosecution and resolution of the Initial Smollett Case”.

As a result, Webb said he would be submitting the report to the Illinois Attorney Registration & Disciplinary Commission so that “it can do the appropriate review to determine if any ethical violations occurred”.