The Space Jam: A New Legacy trailer has officially dropped and LeBron James is taking no prisoners as he faces off against Don Cheadle with the help of the Looney Tunes.

The upcoming reboot of the 1996 movie stars the NBA legend, with the trailer kicking off as he tells his son Dom (Cedric Joe) that his future lies on the court – and that he’ll help him get there.

However, Dom doesn’t have the same dreams and, with the conversation getting heated, he storms off – only to be taken captive by Cheadle’s character, Al-G Rhythm.

Faced with a baffling cartoon world, LeBron is greeted by Bugs Bunny and some very familiar faces, and tasked with winning a game of basketball to get his son back.

The trailer is filled to the brim with Easter Eggs, with characters from across Warner Bros making cameos, and basketball references galore. 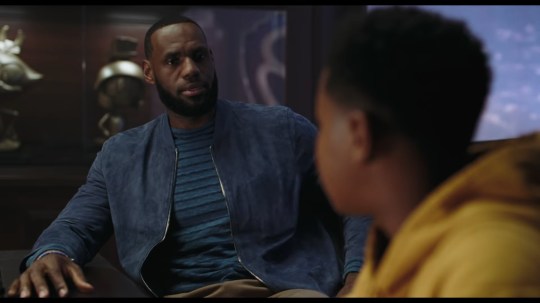 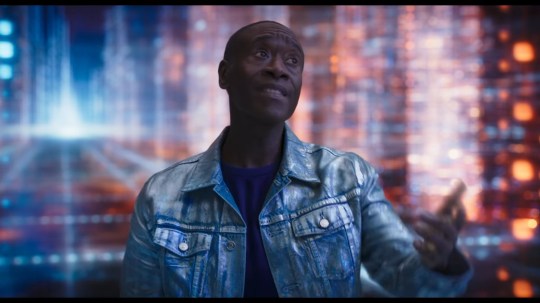 He faces off against Don Cheadle (Picture: Warner Bros. Pictures)

Many fans are thrilled with the trailer, with one writing: ‘Space Jam: A New Legacy looking f**king bonkers AS IT SHOULD.’

‘I’m a simple man. Put The Iron Giant in things, and you have my support,’ another added, while one more said: ‘#SpaceJam a new legacy looks so good! I love the crossover vibe to it and the animation is gorgeous, can’t wait until it comes out!’ 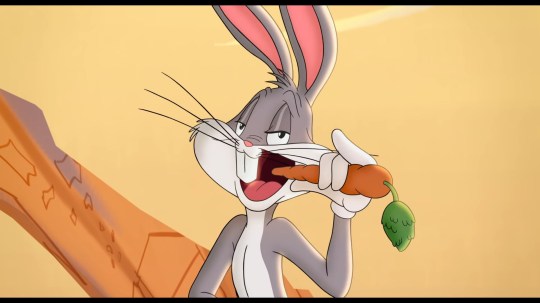 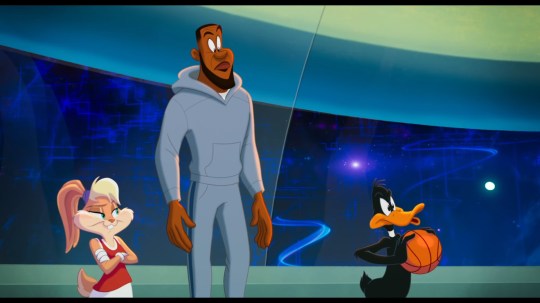 Others can’t help but notice the similarities to Ready Player One, with another viewer pointing out: ‘This ain’t SPACE JAM, this is READY PLAYER ONE Basketball Edition,’ and one more adding: ‘Why does #SpaceJam just look like a sequel for ready player one?’

Either way, we’re definitely intrigued – and the cameo appearances alone look like a reason to watch. So far fans have spotted Pennywise, agents from The Matrix, the Iron Giant, King Kong, the Animaniacs, and Mr. Freeze from Batman & Robin.

Plus, Lola Bunny pays homage to Dwyane Wade in one particularly glorious moment that certainly hasn’t passed fans by.

Space Jam: A New Legacy is a reboot of the 1996 classic, which starred Michael Jordan.

Directed by Malcolm D Lee, it’s set for release this summer – and we couldn’t be more ready.