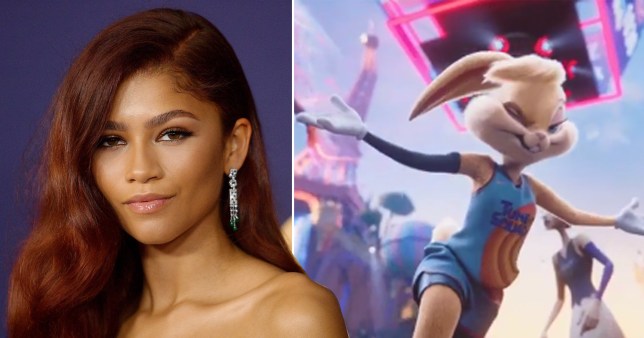 Zendaya has officially joined the cast for the upcoming Space Jam movie, A New Legacy.

The actress, 24, will voice Lola Bunny in the highly-anticipated reboot to the original 1996 film, which sees LeBron James face off against Don Cheadle with the help of the Looney Tunes.

After first being reported by Entertainment Weekly, the official Twitter account for Space Jam: A New Legacy later confirmed the news by sharing a gif of Lola Bunny from the movie’s trailer.

‘Welcome to the Jam, @Zendaya,’ they captioned the tweet.

Lola was voiced by Kath Soucie in the original Space Jam movie, with many other stars taking on the role for The Looney Tunes Show.

Director Malcolm D. Lee also opened up to Entertainment Weekly about his decision to introduce a more ‘fully-realised’ Lola for the upcoming film.

Speaking of the character’s appearance in the 1996 adaptation, he said: ‘Lola was not politically correct. This is a kids’ movie, why is she in a crop top? It just felt unnecessary, but at the same time there’s a long history of that in cartoons.’

He went on: ‘We reworked a lot of things, not only her look, like making sure she had an appropriate length on her shorts and was feminine without being objectified, but gave her a real voice.

‘For us, it was, let’s ground her athletic process, her leadership skills, and make her as full a character as the others.’

It comes after the trailer for the upcoming movie was released, and it looks pretty exciting.

The clip is jam-packed with Easter eggs, with many Warner Bros characters making cameo appearances, and plenty of basketball references.

And it’s safe to say fans across social media are hyped for the new release, with many also noticing the film’s similarities to Ready Player One from the trailer alone.