Social media users criticised the show for making reference to Laundrie, the fiancé of late van life blogger Gabby Petito. Laundrie has been missing for more than two weeks, with a fully-fledged manhunt underway.

Dog the Bounty Hunter is involved in the search for Laundrie after adding $10,000 (£7,400) to the reward money for his capture.

The opening skit of Saturday’s episode saw Davidson in character as Dog the Bounty Hunter, attending a school board Covid-19 meeting and continuing to search for Laundrie.

Some viewers branded the sketch distasteful, claiming it was ‘too soon’ to be joking about the case.

‘There was a joke on SNL about not being able to find Brian Laundrie… yeah that wasn’t funny,’ one said. 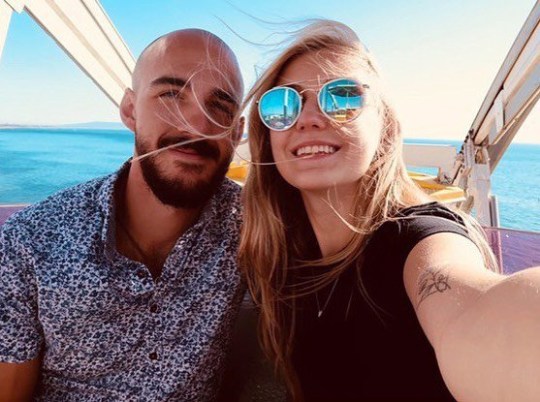 A warrant is out for Brian Laundrie’s arrest following the death of Gabby Petito (Picture: bizarre_design_/Instagram)

Hasnât even been a full week since the Petito family had a service for their daughter, but #SNL is here poking fun at the search for #BrianLaundrie â letâs give the family a little more time before we torment them on national TV, yeah? pic.twitter.com/slqXqnaT1w

They made a Brian Laundrie joke on SNL. ð That’s out of very poor taste in my opinion.

There was a joke on SNL about not being able to find Brian Laundrie… ð yeah that wasn’t funny.

‘Way too soon, how disrespectful…’ another added.

Officials continue to investigate the homicide of Petito, 22, whose body was found in Bridger Teton National Forest on September 19. Laundrie is the only person of interest in the investigation into Petito’s disappearance and death.

The FBI issued an arrest warrant for Laundrie and a federal jury in Wyoming indicted Laundrie for alleged bank fraud. It’s suspected he used Petito’s debit card on August 30 and September 1, presumably as he drove home to Florida in Petito’s van.

It comes after Petito told a Utah police officer that her fiancé Laundrie hit her on August 12, according to newly released bodycam footage.

Saturday Night Live airs on NBC in the US.

If you’ve got a soap or TV story, video or pictures get in touch by emailing us soaps@metro.co.uk – we’d love to hear from you.

Join the community by leaving a comment below and stay updated on all things soaps on our homepage.