Sniper Elite 5 takes the established third-person stealth gameplay of its predecessors and adds even more options for its players. Killcam has been improved, offering slow-motion takedowns with everything from sniper shots, to melee executions and landmine trap kills. Developer Rebellion has really opened up the maps too, adding more areas to explore, traverse and scout as you complete your objectives.

There’s even improved multiplayer this time around. Axis mode gives players the opportunity to invade each others’ games, as they set traps, trigger alarms and generally just cause chaos to the host player’s world. As part of this expanded multiplayer, Sniper Elite 5 has some great options for buddying up with friends.

In this Sniper Elite 5 co-op guide we’ll explain the game’s co-op options. This includes online co-op, where you can team up with another player in the campaign, and also the four-player Survival mode, which lets you fight off waves of enemies.

There are two main co-op options while playing Sniper Elite 5. The first is the campaign, which can be played in full with one other player. It exists as a separate save, so if you want to play the campaign co-op you will need to start fresh.

The other co-op mode available in Sniper Elite 5 is the Survival mode. This is a sort of wave-defence affair, where you and up to three other players can team up to defend an area from invading forces. You can share ammo and items as you try to increase your score. You can start this mode from the main menu, as seen in the image below: 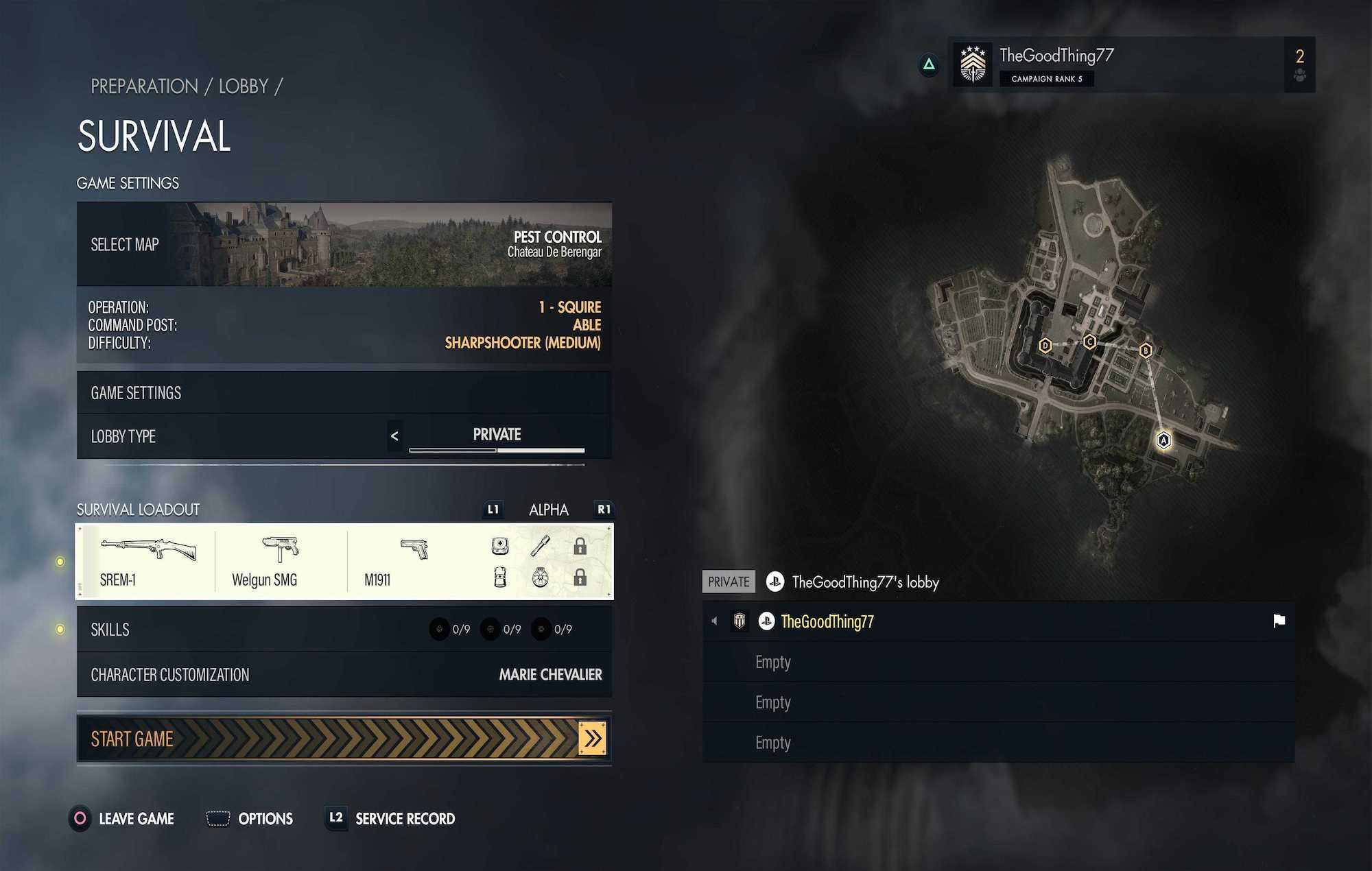 Is there split screen co-op?

Finally, let’s take a look at whether or not Sniper Elite 5 has split screen co-op. Unfortunately it does not, not surprising given just how few modern games offer any sort of couch co-op. You will need to buddy up online to play with others.

That’s all you need to know about Sniper Elite 5’s co-op modes. For more on the game, be sure to check out our preview.

In other gaming news, Call Of Duty: Modern Warfare 2 developer Infinity Ward has confirmed an October release date for the upcoming shooter, and has introduced several of the game’s cast members – which features some fan favourite characters.