The 2021 Bafta TV awards are unusual in reflecting a year in which there were many months with no production – the closest equivalent is the industrial strikes of the 70s and 80s, which took networks off air. But, as so much material was made before the pandemic, there are still tough decisions for this year’s judges.

Here are some points to bear in mind. Juries – viewing a longlist based on Bafta members’ votes – sit separately, with no reference to each other. This prevents ticket-splitting (“We’ll give A the acting prize because B got the directing one”). Also, jurors leave the room not knowing the final winner, which rules out leaks.

To reduce the length of the TV ceremony (which runs from 7pm to 9pm on Sunday on BBC One), the craft awards are given out earlier: on 24 May, Steve McQueen’s Small Axe won five and Michaela Coel’s I May Destroy You three, positioning them as frontrunners on Sunday. (Full disclosure: I am a Bafta member, and voted this year in the longlist round, but was not a juror.)

The Crown falls short for me because of Peter Morgan’s liberties with history. (You don’t have to like Margaret Thatcher or Prince Philip to feel that key life choices of real people should not be attributed to events that didn’t happen.) In the craft categories, whenever I Hate Suzie and I May Destroy You – 2020’s best dramas – faced off, Coel’s show usually won. But, on Sunday, they are in separate categories, so it should be I Hate Suzie (despite strong competition from Lennie James’s Save Me Too), for its remarkable pacy, racy exploration of female sexuality and celebrity.

The panel you wouldn’t want to have been on – each contender a plausible winner in a very competitive year. But Steve McQueen is a one-off creative supremo, who could achieve an unprecedented quartet by adding a Bafta TV trophy to his Bafta film award, Oscar and Turner prize. What next – a Nobel?

Another case where nominees must dream of having appeared in a weaker year. Bafta rules prevent prizes being divided, but the most satisfying result would be Coel and Piper together on the podium as joint representatives of a new wave of brilliant female creative talent. They contributed much more than acting to their shows.

The 2016 Bafta best newcomer, John Boyega, should – and surely will – win for playing the pioneering black British policeman Leroy Logan in McQueen’s Small Axe. He would be a deserved victor in any field, but it remains strange that Boyega wasn’t competing with David Tennant in Des and Matthew Macfadyen in Quiz.

Another tough round. Sheen’s Chris Tarrant and Menzies’ Prince Philip should be shown in drama schools as studies in how impersonation of a well-known person can become inhabitation. Rupert Everett brings his own celebrity to list for a beautifully louche turn in the underrewarded Adult Material. Nayyar impressed in Netflix’s Criminal, but – especially as Kirby and Ward may split the Small Axe vote – a six-way division of votes is possible. For sheer technical skill, and since Quiz has had insufficient recognition elsewhere, I would choose Sheen.

This comes down to whether the panel favoured big names or smaller ones, but the huge deserved love for I May Destroy You may carry Opia through. 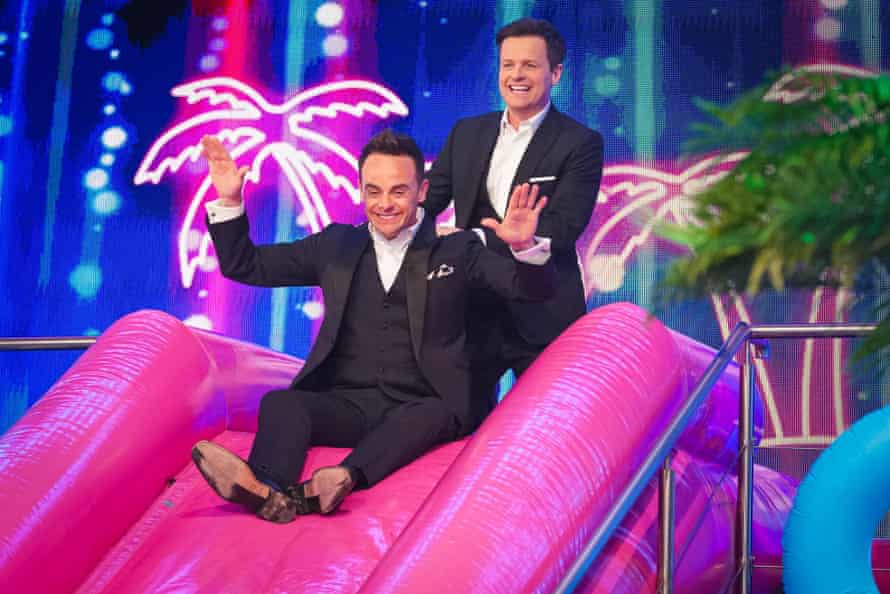 Two veterans – 19-year-old Takeaway and Strictly, 17 – up against a pair of perky newcomers. Life & Rhymes was a very sparky arts show. But, if you had to devise perfect entertainment for the first lockdown, the reliably diverting Masked Singer would run away with the Bafta for harmless happiness-inducing TV. In the absence of that statuette, it should have this one.

A seventh win for Graham Norton – British TV’s most accomplished interviewer – would indicate this panel didn’t get the emails. While racial diversity is vital, it hasn’t been Bafta’s only inequality. It is 28 years since a woman (Joanna Lumley) took this award home. It feels close between Winkleman and Ranganathan; with Mo Gilligan having ended the 66-year whiteness of this category last year, now may be the time to laud a female nominee.

After six series, Steve Pemberton and Reece Shearsmith’s tales of the unexpected, Inside No 9, should be acknowledged for its consistent innovative brilliance.

Brooker adapted sublimely to lockdown filming early in the pandemic, but will be seen by some as a regular honoree. Startlingly, though, this is his ninth shortlisting (for Wipe or Black Mirror) without ever winning, despite having five Emmys. That disparity ought to be addressed soon, but probably not this year. Two out of the four nominations is a nice problem for Ranganathan to have, but risks splitting his vote in a secret ballot, which could bring The Big Narstie Show through.

Male performance in a comedy programme 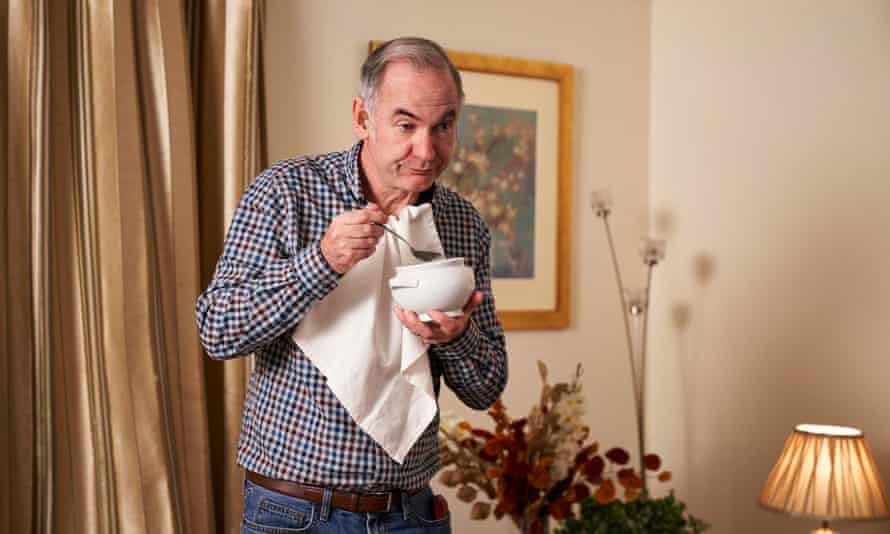 Paul Ritter’s death in April, at 54, gives the Baftas a poignant shadow of the sort Chadwick Boseman cast over the 2021 Oscars. Ritter was insufficiently prized alive; I would be be sad to see anything other than a posthumous trophy for his role as the alarmingly odd father Martin Goodman in Friday Night Dinner, accepted by his family (if they feel up to it) or a colleague such as Tamsin Greig or Stephen Mangan.

Female performance in a comedy programme 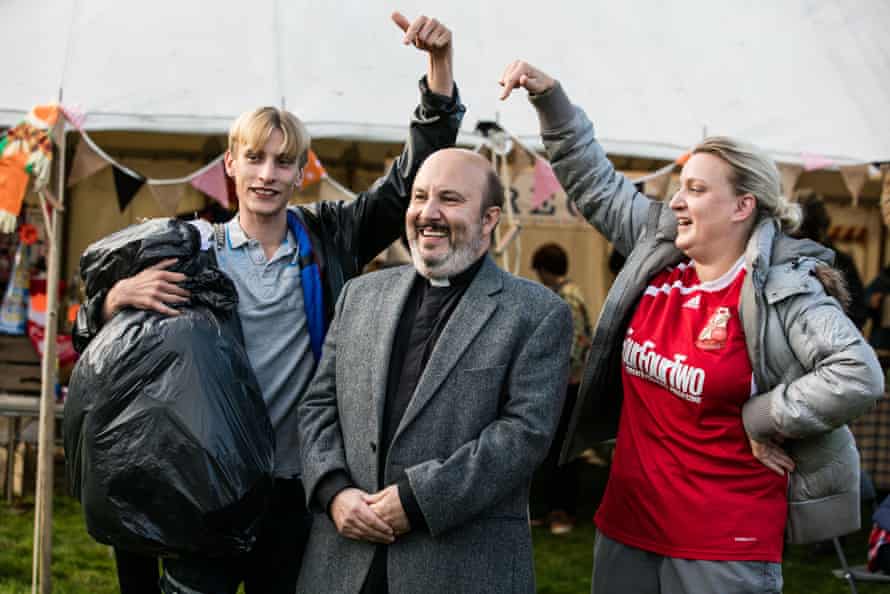 With increasing non-binary identifications in showbiz – including Martin – Bafta faces a tricky decision over gender-specific prizes, although Martin has accepted their nomination, and the defence of female-male division is that it doubles the number of acting nominations. Cooper, the 2018 winner, has a good chance of a repeat, but Ikumelo feels a strong contender.

This category has been the manor of I’m A Celebrity. But the Covid-relocation of the show to Wales has been overlooked, as part of a diminution of Ant & Dec, who were also ignored this year in the Entertainment Performance section. (McPartlin’s and Donnelly’s agents and managers may view this trend with trepidation.) The School That Tried to End Racism was one of the more thoughtful contributions on this urgent concern, and feels the right winner this year.

A controversial category, as there are effectively only seven contenders for four slots; as Doctors always seems to miss out, there are really only six shows in play. All the franchises lost much production to lockdown. The interesting result would be if Hollyoaks finally won – it is the only one of the big six not to have done so – on its fourth nomination.

In an ideal world, this would go to Moving On, with which Jimmy McGovern has effectively resurrected Play for Today – an academy for first-time writers and directors that ran from 1970 to 1984 on BBC One – in the unlikely territory of afternoon telly.

Always Bafta’s most problematic category – are voters awarding the gravity of the subject matter or the skill of its depiction? As a voter in the past, I have found it agonising. Does the horrific sacrifice of Italian medics in the first wave of Covid matter more or less than battles for reproductive rights in the US and freedom in Hong Kong, or the ease of terrorists gaining false papers in Cyprus? Dispatches is the behemoth to beat here. An emotional vote would favour Italy’s Frontline, but ITV is often overlooked by Bafta; a win for America’s War on Abortion would redress that and recognise Deeyah Khan, a fine film-maker. 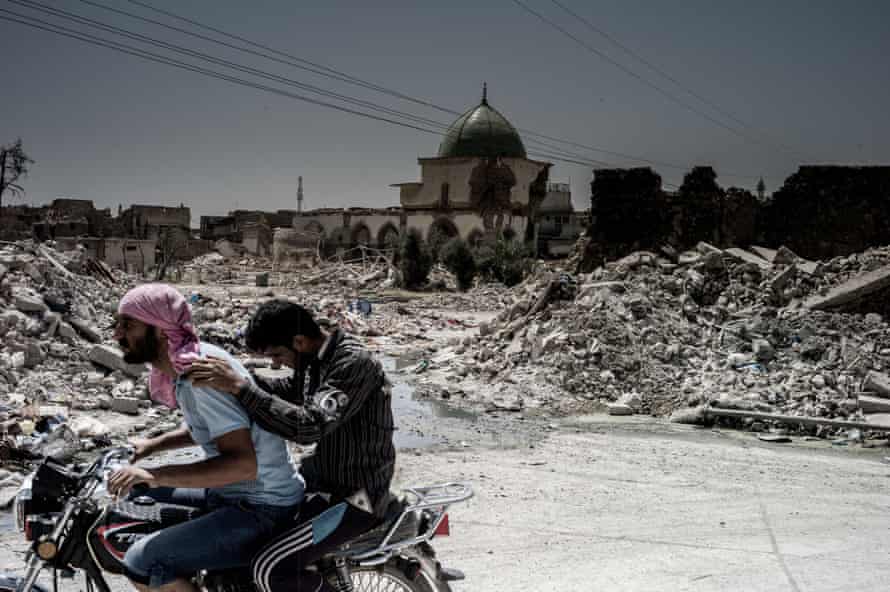 Once Upon a Time in Iraq. Photograph: Gus Palmer/BBC/Keo Films

Once Upon a Time in Iraq is the most fitting successor to past winners such as The Death of Yugoslavia and The Nazis: A Warning from History. However, there are reports that some younger voters worry more about message than medium (that choosing a show about the Nazis might somehow be picking Hitler), so Iraq might seem old stuff about a dodgy war (although, crucially, the series takes the Iraqi perspective). But it would be a travesty if it didn’t win.

One of the subplots of the evening will be panels’ attitudes to shows about the pandemic (which may be seen as too painful so soon) and unrelated programmes that helped viewers through. The Repair Shop, making a star of Jay Blades, was the first nationally therapeutic viewing of the crisis. Bafta has a chance to say thanks.

The omission of The Queen’s Gambit here makes Bafta look off the pace. Of the four preferred, Unorthodox and Lovecraft Country are dramas original and daring in a way it is hard for even a documentary as strong as Welcome to Chechnya to be. Artistically, Unorthodox feels to me just ahead of Lovecraft Country, although that would require no voters to have fretted about backing a show involving Hassidic Judaism, which, given the phenomenon of “message voting” mentioned above, cannot be ruled out.

If Bafta is going to recognise risk and innovation – and if not, what is the point? – the only worthy winner is HBO/Sky Arts’s bonkers but enjoyable Jude Law-led 12-hour Wicker Manly drama.

A panel of media figures seems less likely to go with BBC News on Boris Johnson’s hospitalisation – a story reduced in significance by his recovery – than Newsnight on the return of Covid-positive patients to care homes, an issue that is shaping up to be the scandal of the pandemic. Voting took place too early to be affected by anti-BBC queasiness from Bashir-Diana revelations. However, both BBC stories were widely reported by all outlets. Examples of journalism as uncovering rather than covering were Channel 4 on Trump’s attempt to suppress the black vote in 2016 and Sky’s report from the Syrian rebel enclave of Idlib. I would choose Channel 4 News.

Nods for Vice, Red Bull TV and iPlayer show how non-linear TV, freed from the rigidity of the parent medium, is refreshing lengths and contents. Criptales and Disabled Not Defeated feel like the biggest extensions of TV’s range, with the flashier BBC production values nudging the former in front.

An atypical form in a culture structured towards box sets and binge watches, the one-off documentary still attracts outstanding talent. Jenny Popplewell’s American Murder reclaims pop culture’s default form – true crime – for the art of film-making, while Xavier Alford’s Locked In makes the personal universal in a study of a progressive medical condition that is already stalking him. But the ex-footballer Anton Ferdinand’s examination of being a victim of sporting racism (and, you could argue, the legal system) made a huge impact.

It feels like a photo-finish between McGovern’s bold imagining of the life Anthony Walker might have lived if he had not been killed in a hate crime in Merseyside in 2005, and the story of another Anthony – Anthony Bryan, classified by the Home Office as an illegal immigrant after 50 years in Britain – in Sitting in Limbo. 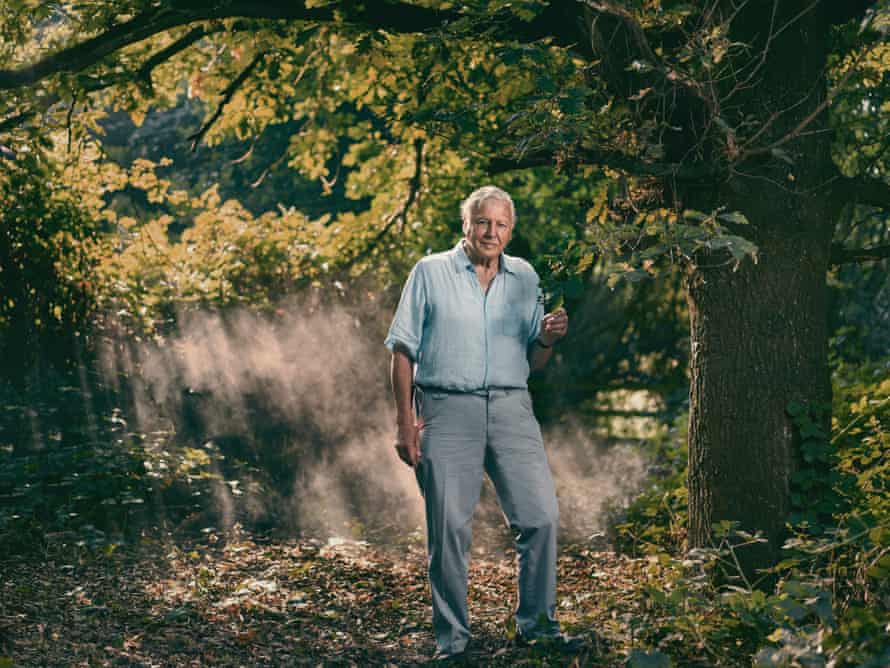 The Bafta rule is you never want to go up against David Attenborough. This gives his eco-doc, Extinction: The Facts, an edge. Plus, hard as it is to accept, Attenborough be here for ever; the 95-year-old would be a feelgood winner.

A key criterion here will be how well entrants covered Covid-safe sport without crowds. Sky has taken TV cricket coverage far beyond anything achieved by the BBC and would be the deserving victor, especially if the showreel included an astonishing piece of on-air testimony about racism in the game from the commentator – and great former West Indies fast bowler – Michael Holding.

Virgin Media’s must-see moment (voted for by the public)

This one is nothing to do with critics, but TV awards should reflect the history of the year – so, for me, Gogglebox on Johnson locking down.