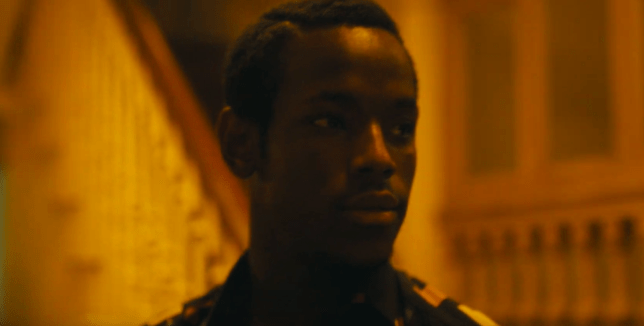 Small Axe star Micheal Ward has revealed why it was so important for him to depict the ‘real’ essence of Black love in Lovers Rock and his biggest surprise while filming scenes for the episode.

The Top Boy actor plays Franklin in the second film of Sir Steve McQueen’s stunning anthology series, which continues on BBC One tonight.

Lovers Rock follows a group of Black youngsters in the 1980s as they prepare for a night of good vibes at a local house party where reggae music is the soundtrack – notably Janet Kay’s iconic hit Silly Games. It starts with the excitement of getting ready for the dance and ends with an exploration and true-to-life depiction of Black love and joy.

It was a role which Micheal has been waiting for in his short yet stellar career.

‘The fact that those were both the things that came up in this role, I was just excited to get started and obviously to work with Sir Steve McQueen.’

He added: ‘The story was just real, for me when I read the script it didn’t feel like it was forced.’ 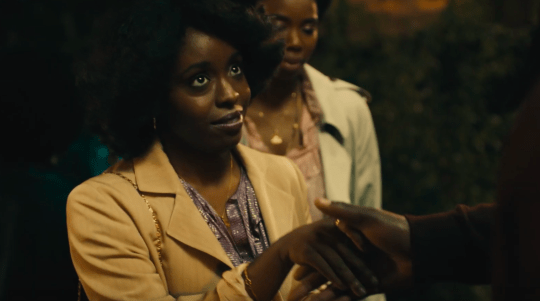 Micheal stars alongside Amarah-Jae St. Aubyn who plays Marcia, making her first feature film debut and their chemistry as their characters sizzles on-screen.

Recalling his favourite scene in the episode and what surprised him the most, Micheal said impassioned: ‘The reason I say this is because I really do have an urge to continue telling love stories because I feel like love is the ultimate feeling that you can omit.

‘So for me the best scene was in the garage after the party because it’s just normal. When I was doing the scene, I just thought, nothing’s changed. This is the same thing that the mandem are doing now that they were doing back then.

‘You meet a girl out, you vibe with this girl and you just want to carry on the night. So I’m just happy I got to be a part of this, it’s just beautiful.’

Giving praise to the Small Axe mastermind, the actor added: ‘Steve killed it with the writing and direction and the cast just came together and delivered the voice that I hope was what they wanted to put out there.’

Taking on the role of Marcia stirred a sense of nostalgia for Amarah who used to watch her mum and aunts get ready for parties back in the day.

‘I feel like I was telling my mum’s stories and my aunty’s stories,’ she explained, adding: ‘It was just incredible to play her and took me back to when I was younger and that excitement.’

Heaping praise on her co-star, Amarah continued: ‘Micheal is just someone who is unapologetically himself and if he is going to make a mistake, he’s going to do it with confidence because that’s the only way you grow and learn.

‘He definitely gave me that on-set to just trust myself so I’m grateful to him for that.’

Lovers Rock is available to watch on BBC iPlayer while Small Axe continues next Sunday at 9pm.

Netflix US December 2020: Best new shows and films to stream