Six60 performed to an audience of 50,000 fans in New Zealand last night (April 24), making it the biggest live show since the coronavirus pandemic started.

Playing at Auckland’s Eden Park Stadium – the home of Rugby world champions the All Blacks, which had never hosted a concert previously – the band invited Maori performers to join them onstage and paid tribute to military musicians.

“We know what it’s like to be in lockdown. It sucked. And we didn’t know if we’d be able to play gigs again,” lead singer Matiu Walters said before the show. “But we are fortunate, for a few reasons, here in New Zealand.” 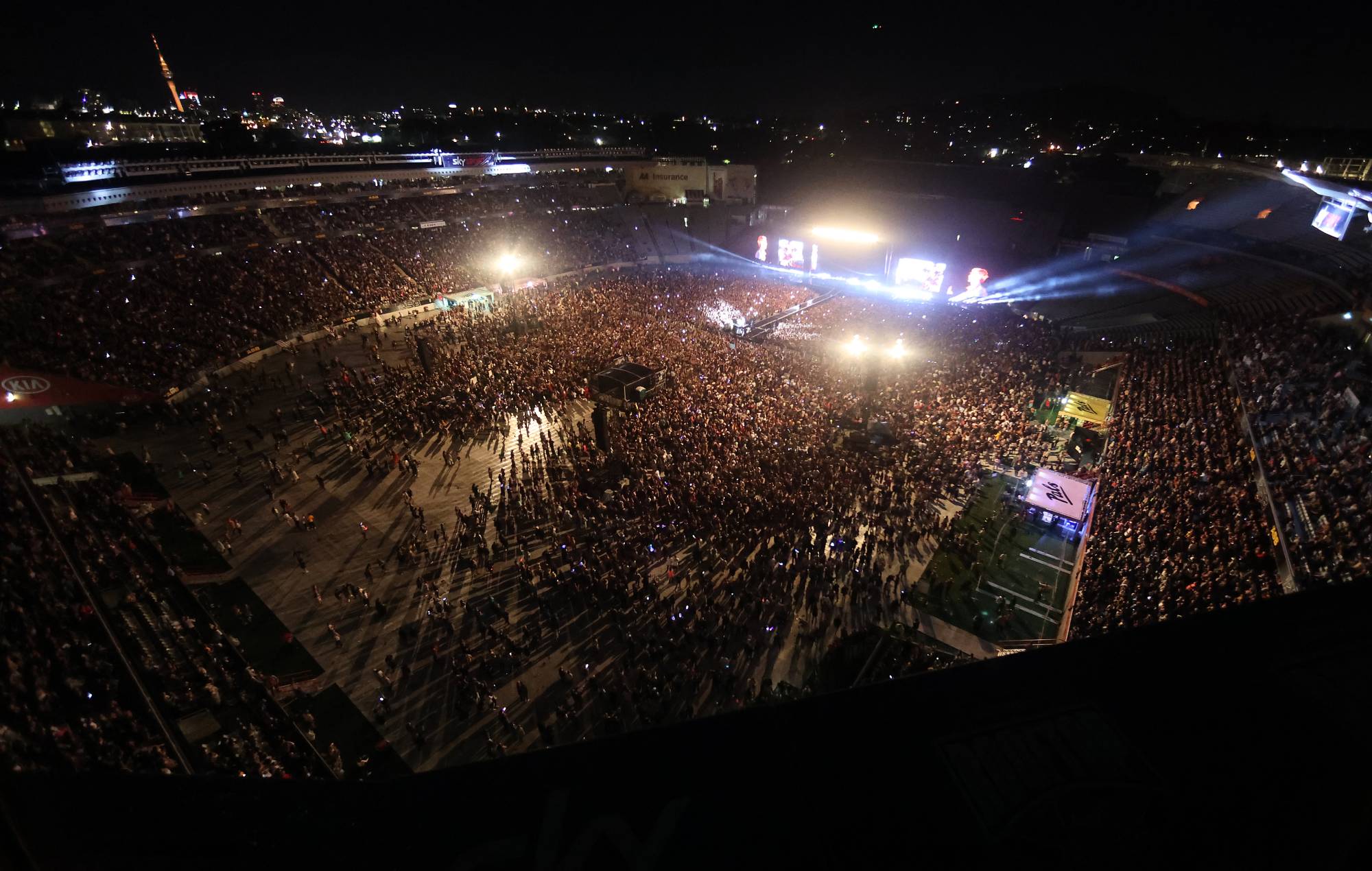 One attendee, who had previously lived in the UK during lockdown, praised the event: “It’s very important for us as humans to be able to get together and sing the same songs together,” said Lucy Clumpas, per the New York Post. “It makes us feel like we’re part of something.”

“Tonight was so amazing,” one Twitter user commented, sharing footage of the view out across the crowd.

Speaking to NME back in February about being the only band in the world on a stadium tour in 2021, Walters said: “We’re under no illusions a COVID case could pop up out of nowhere and put us back into lockdown. There are scares every day which meant that we had to be more strategic and make concessions here and there with the planning.

“We had alternate dates booked just in case and we were worried about ticket sales, but you need to back yourself. It felt so important to have a go because live music is our life. We knew that we were taking a risk, but we wanted to do it for the music and we wanted to instil some hope.”

Only 26 people have died with coronavirus in the nation of five million to date, according to Worldometer.