The actors starred in The Good Liar together in 2019 (Picture: Steven Ferdman/FilmMagic)

Sir Ian McKellen has shared his thoughts on the debate that has spiralled over Dame Helen Mirren’s casting as Israeli leader Golda Meir, amid criticism over her playing a Jewish role.

Last month, Dame Helen, 76, addressed the controversy surrounding her being cast as the former Prime Minister of Israel, after Dame Maureen Lipman, who is Jewish, said that the ‘Jewishness’ of the figure was ‘so integral’ to her character.

During a new interview with Amol Rajan on BBC One, Sir Ian – who grew up in a Christian household – expressed his opinion on the matter, having played the role of fictional Jewish comic book character Magneto in the X-Men films.

‘What do you think of the idea that you should have Jewish people play Jewish characters?’ the journalist asked the 82-year-old, while also adding a second question over whether only gay actors should play gay characters. 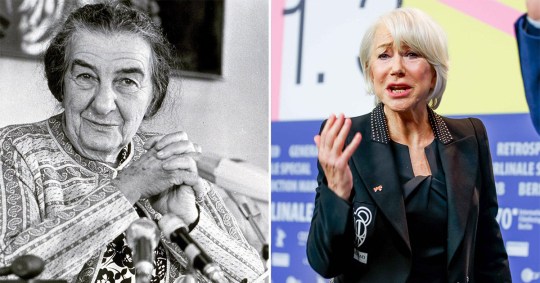 ‘And is the argument that a straight man cannot play a gay part? And if so, does that mean I can’t play straight parts and I’m not allowed to explore the fascinating subject of heterosexuality in Macbeth? Surely not.’

‘Now, are we capable of understanding what it is to be Jewish? Are we going to convince a Jewish audience that we are Jewish?’ he asked. 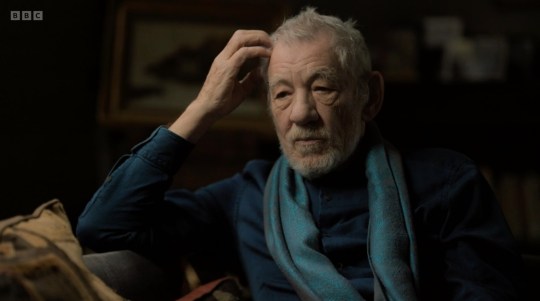 ‘We are just acting,’ the esteemed actor said (Picture: BBC)

‘Well, perhaps we don’t need to, because we are just acting.’

In October last year, actor and comedian Sarah Silverman spoke out over ‘Jewface’ in Hollywood, explaining that there is a ‘long tradition of non-Jews playing Jews, and not just playing people who happen to be Jewish but people whose Jewishness is their whole being’.

Addressing the casting of non-Jewish actor Kathryn Hahn as late Jewish TV host Joan Rivers – in a series that has since been cancelled – Sarah said: ‘One could argue, for instance, that a Gentile playing Joan Rivers, correctly, would be doing what is actually called “Jewface”.’

She outlined how ‘Jewface’ is ‘when a non-Jew portrays a Jew with the Jewishness front and centre’, often with make-up, or ‘a big false nose’, and using a ‘New York-y or Yiddish-y’ accent.