Sir David Jason has revealed how he found his stage name – after being born and raised as David White.

The legendary sitcom actor, 80, went on a trip down memory lane with The One Show as part of a new series, and returned to North Side School in London.

It was at the school that he got his first taste of life on the stage, and it turns out the teachers had a surprising influence on him years later, as he became a professional actor.

Touring the school, Sir David stopped himself as he passed a door, and said he remembered the room specifically for its influence on his career.

He said: ‘I remember that class room, because that’s how I got my name! My professional name was Jason.

‘The teacher who taught in that room, she used to take us for English and read the book Jason and the Argonauts. 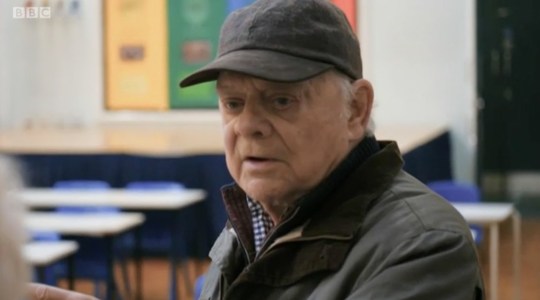 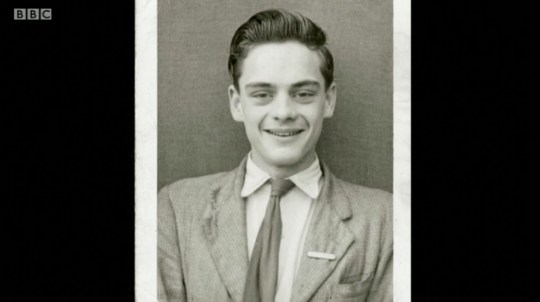 ‘And then when I was searching for a professional name because there was a David White already in Equity, I remembered the magic that she created, and it came into my mind and I said “what about Jason? David Jason?”.’

‘It can show you the power of what teachers can do,’ he added. ‘Good teachers.’

‘When I was in the school play to hear a great wadge of people laugh, that is what I found so satisfying and I suppose that kicked me off, I enjoyed it so much that it started the want to entertain people.’

Viewers praised the legendary star for sharing the sweet story, even if they were shocked to discover his real name.

The short film tied in with the star’s new autobiography, A Del of a Life: Lesson’s I’ve Learned, which is now being released.

He was joined in the special by his sister, June, as they headed back to North Finchley, including Lodge Lane, where they first lived growing up.

Sir David also spoke about living during the war, and the fear he had as a youngster – but his mum’s humour helped him out of it.

‘The war dominates a lot of memories from my childhood as the area was quite heavily bombed,’ he said. Sometimes it felt like Hitler was personally targeting me and my family.

‘We had an air raid shelter in the front room.  I used to say: “What was that noise? What was that terrible rumbling?” because it was awful when the bombing began.

‘My mother used to say to me: “Don’t worry, it’s only God moving his furniture about.” I would have been four or five and I was quite happy with it because of the way my mother dealt with it.

‘I thought years later that she was very clever describing it that way.’