Sharon Horgan has told NME about collaborating with PJ Harvey for her forthcoming Apple TV+ show Bad Sisters – revealing that the iconic singer-songwriter has recorded a version of Leonard Cohen’s 1974 track ‘Who by Fire’ as its theme tune.

Horgan, the acclaimed writer and actor known for creating and starring in the Channel 4 sitcom Catastrophe and BBC comedy Pulling, has adapted the Flemish series Clan for the 10-part series – due to premiere in August.

Having revealed that Harvey had composed the theme tune and co-written its soundtrack in NME’s recent interview with her, now she has provided further details about the team-up. As well as featuring her rendition of ‘Who by Fire’, the dark family drama also sees Harvey open her archive to contribute previously-unheard material.

The idea of reaching out to Harvey, who has previously composed scores for a number of projects including Shane Meadows’ 2019 miniseries The Virtues, first came about while discussing ideas for working with indie musicians on the show with Bad Sisters’ score composer Tim Phillips, whom Horgan had previously worked with on the 2022 Courtney Cox-starring horror-comedy series, Shining Vale. Horgan felt many of Bad Sisters’ themes aligned with touchstones in Harvey’s own music.

“I knew that Polly had started doing scores and I’m just a huge long-term fan,” Horgan told NME. “I figured if we had Tim as co-composer, then she might be able to find some time for us, so on the off-chance, I got her email and sent her a sort of love-letter – which is how you do it. I sent her the script and some images from our first few days of filming to give her an idea of what it was about.”

“A lot of the themes of the show – there’s a lot of death and revenge in there – felt like the kind of subject matter Polly writes about anyway.”

After the initial email, they connected via Zoom. “One of the things I’d been thinking of was to do a cover of ‘Who by Fire’ by Leonard Cohen and I thought Polly would do the most amazing version of that,” Horgan revealed. “It lists all these different deaths in the song, which people will understand when they finally see Bad Sisters.

“I pitched her that and then some of the stuff I’d been thinking about for the show. I love Bulgarian choir/folk music that Kate Bush had used on her [1989] album ‘The Sensual World’, and when I mentioned that, she [PJ] was like: ‘Yeah, well I used to be in a Bulgarian choir!’ I also liked the idea of having murder ballads in the show, and she’s done that before.”

Fans of Harvey will doubtless be excited about the prospect of hearing new tracks, unearthed from her vaults, in the show. Horgan said: “Polly sent me a folder of songs which she called her ‘Orphans’ because they were wonderful songs that she’d written but hadn’t found a place for.

“It had always made her sad, and when she heard about the themes of the show, she said: ‘This is strange because some of these songs are eerily on-point’. And they were – we’ve used some of them wholesale. It was mad how it all lined up.” 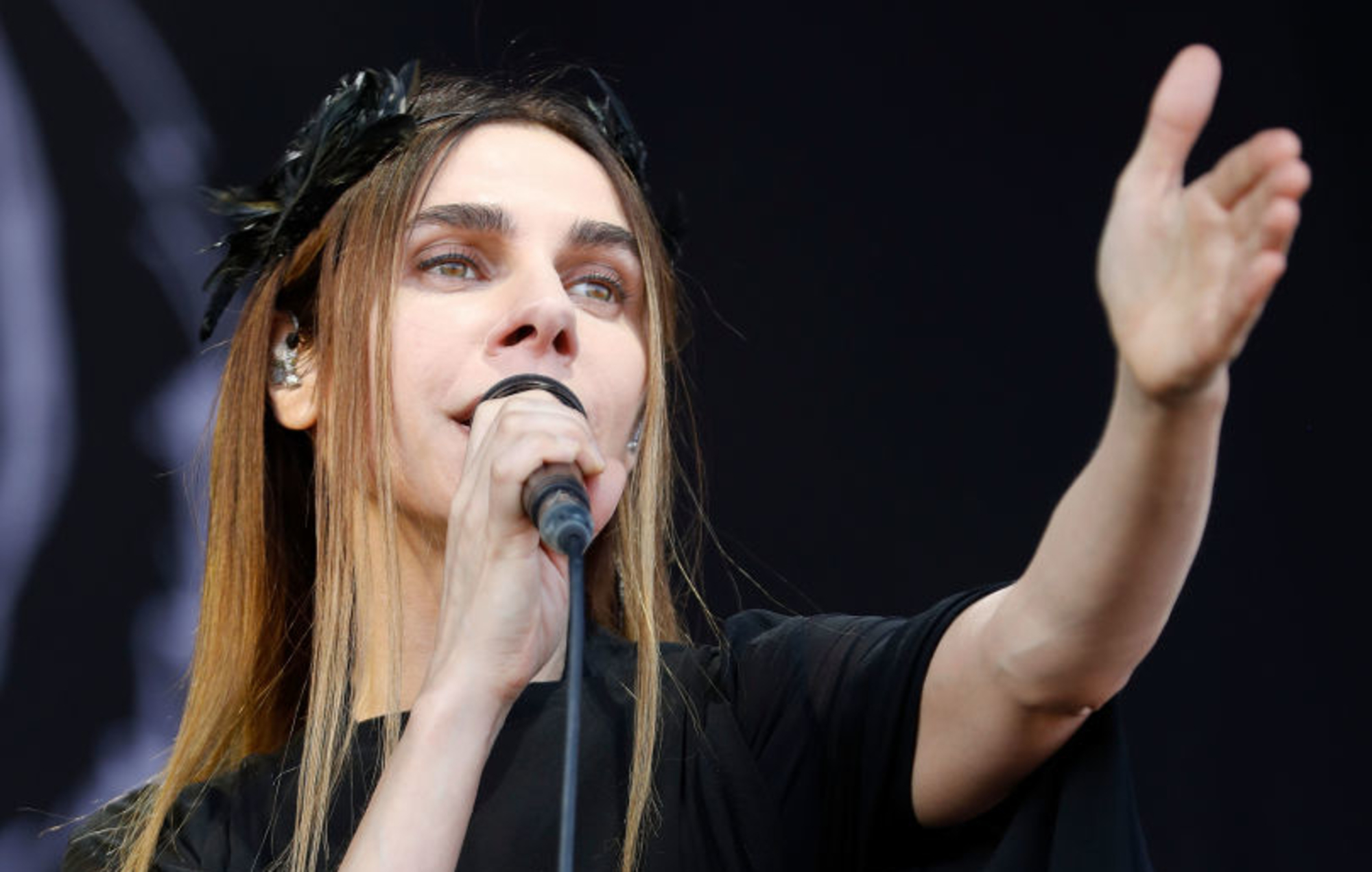 Set in Dublin and London, Bad Sisters follows the lives of the five Garvey sisters, who are bound together by the premature death of their parents and a pledge to always protect each other. Described as a “delicious blend of both dark comedy and thriller”, the show stars (and is also executive produced and written) by Horgan, alongside a stellar cast including  Anne-Marie Duff (The Salisbury Poisonings), Eva Birthistle (Brooklyn), Sarah Greene (Dublin Murders) and Eve Hewson (The Luminaries).

Harvey was in the throes of writing her 10th studio album at the time of her Bad Sisters co-composing stint, so Phillips devised a novel method to accommodate her schedule.

“He created what he called a Pollytron, and it was just a day in the studio where he captured all these crazy vocal whoops and tics and bits of poetry and anything they came up with together that they felt fitted the show, and he put it into this sampler, which he called the Pollytron” said Horgan. “That’s how we were able to do it and it allowed Tim to be on the ground with it day-to-day.”

Recalling listening to Harvey’s take on Cohen’s ‘Who by Fire’ for the first time, Horgan said: “It was absolutely nerve-wracking because you never know, do you? You know deep down [that it will be good] but also, you’re like: ‘I don’t want to have to give notes to PJ Harvey!’.

“Luckily, it wasn’t like that at all. It was a real relief that it worked so well. Her voice is beautiful and perfect on it, and I hope people love it as much as I do.”

As well as preparing to unveil Bad Sisters, Horgan also recently starred in the meta action-comedy The Unbearable Weight of Massive Talent, where she plays Olivia – the ex-wife of Nicolas Cage (portraying a wildly exaggerated version of himself).

Horgan discussed the surreal experience of working with the actor in our recent interview, as well as detailing an unusual encounter with Liam Gallagher where he praised her BBC comedy Motherland. 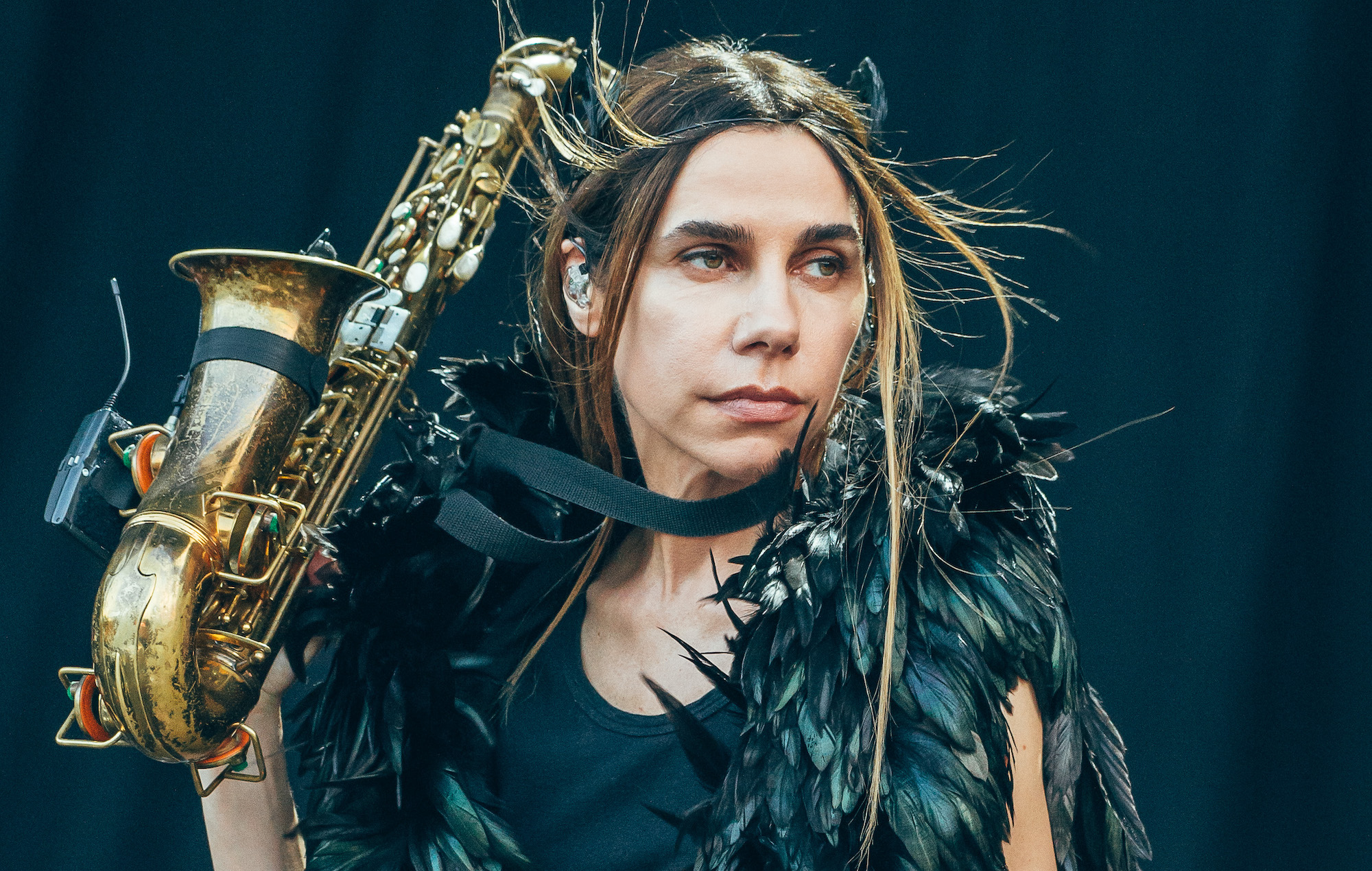 The Unbearable Weight of Massive Talent is available on Digital from July 8 and Steelbook, 4K UHD, Blu-ray and DVD from July 11. Bad Sisters premieres on Apple TV+ on August 19.

Harvey meanwhile, recently revealed that she was “very pleased” with her long-awaited new album – and that the long-awaited follow-up to 2016’s ‘The Hope Six Demolition Project’ would be out next summer.