There’s always an ex. Kourtney Kardashian and Shanna Moakler seemingly referenced each other via Instagram Stories on Monday, February 22.

Kardashian, 41, who is dating Moakler’s ex-husband, Travis Barker, shared a link to a new Poosh story. The text over the photo read, “Stop social media stalking your ex,” and it linked to a story titled, “How to Break the Habit of Stalking Your Ex on Social Media.”

A few hours later, the former Miss New York USA, 45, posted a quote via her Instagram Story that read, “Stop complaining about your life. There are people out there dating your ex.” On the photo of the quote, she added the wink face emoji and the crying-laughing emoji. 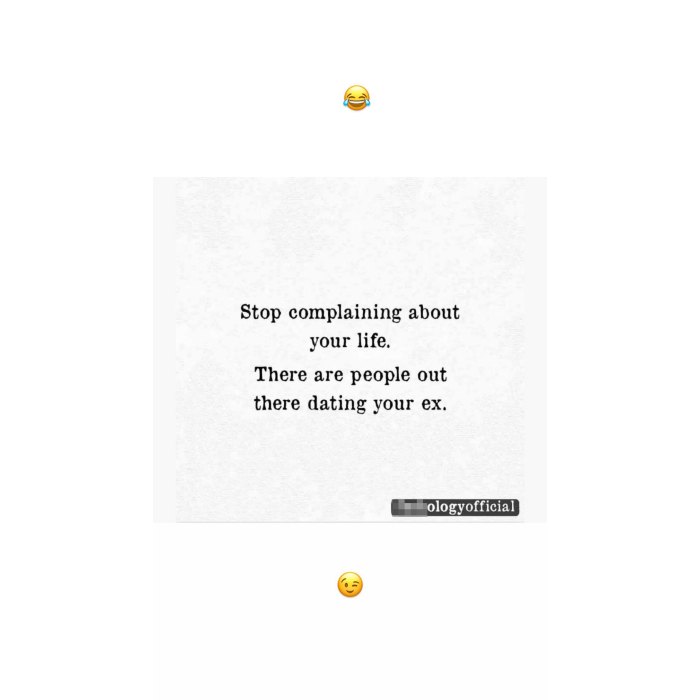 Us Weekly confirmed that the Blink-182 drummer, 45, and the Keeping Up With the Kardashians star began dating in January after a long friendship. On Valentine’s Day, they made their relationship Instagram official. 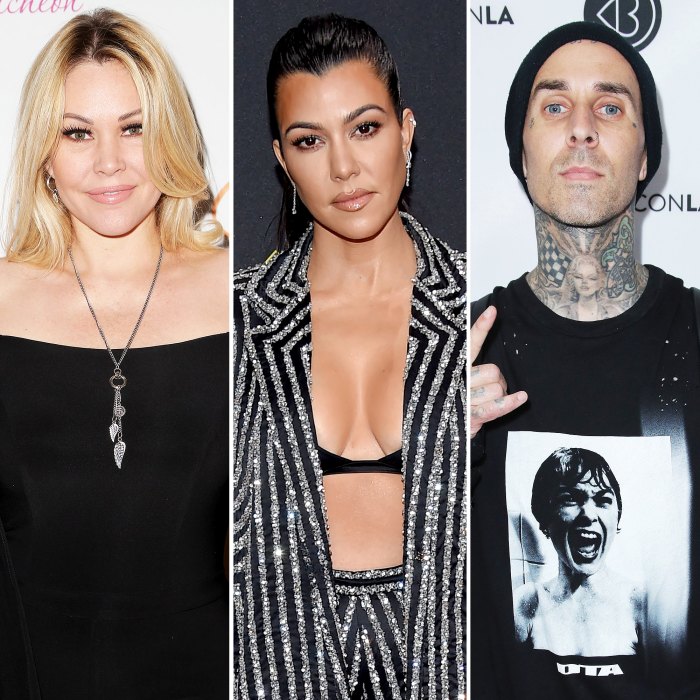 “Travis and Kourtney’s kids are very close,” an insider told Us exclusively last month. “They became friends living in the same neighborhood and hang out a lot. Their kids’ friendship had Kourtney and Travis spending a lot of time together.”

The source added, “They have been close friends for years and have been dating for a couple months. Travis is very smitten with Kourtney and has been for a while.”

The former Playboy model spoke out about Barker’s new relationship on Friday, February 19, telling Page Six she wishes them nothing but the best.

“He’s my friend and coparent, and I want him to be happy,” she said at the time. “And if being with her makes him happy, and she’s happy, I’m happy for both of them, honestly.”