New bestie alert? Not quite yet. Shanna Moakler revealed in an exclusive interview with Us Weekly that she hasn’t met ex-husband Travis Barker’s girlfriend, Kourtney Kardashian, though she’s not opposed to the possibility.

“I’ve never met Kourtney. I’ve heard through the grapevine that she tried to reach out, but I never heard from her or anything. I would have no problems meeting her and being cordial,” the model, 45, said. “I think it would be nice to know the person who’s going to be spending a lot of time with my kids. I have no problem … just introducing myself and letting her know that I have no ill-will. But I don’t see her and I going to the spa any time soon.”

Moakler and Barker, also 45, have been divorced since February 2008. The pair share custody of their two children: son Landon, 17, and daughter Alabama, 15.

Us confirmed in January that the Blink-182 drummer was dating Kardashian, 41, who has three children of her own with ex-boyfriend Scott Disick: sons Mason, 11, and Reign, 6, and daughter Penelope, 8. According to Moakler, the five children are close. They grew up in the same neighborhood and have had play dates “for years.” 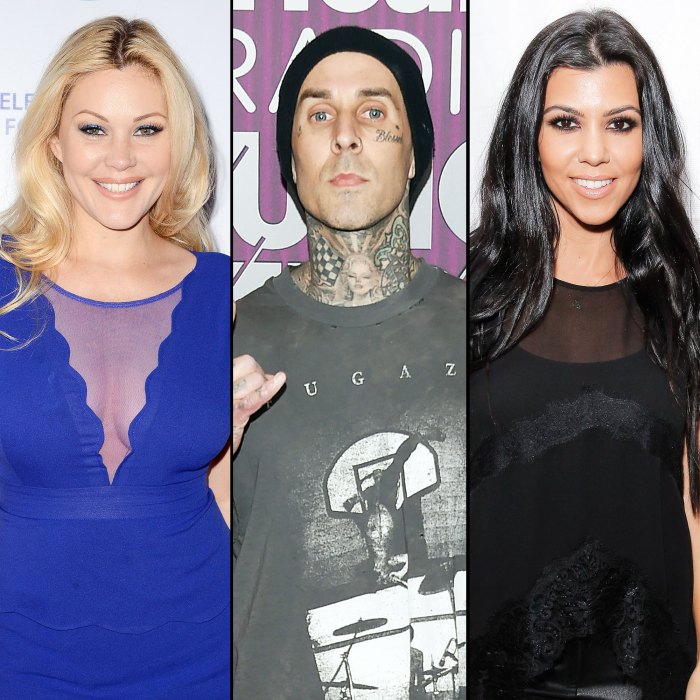 Though their children get along, Moakler and the Kardashians have not always been friendly. Recently, Moakler was caught “liking” a shady comment directed toward the Keeping Up With the Kardashians star on social media. She brushes the incident off as an accident.

“I understand I haven’t had the best relationships with that family in the past, but for me, it’s water under the bridge,” the former Playboy playmate said. “I’m in a great place and I’m moving on and I’m really truly happy for both of them.”

Moakler is currently dating actor Matthew Rondeau. She told Us that she’s “in a good place” and sees no reason to get involved in her ex-husband’s new relationship.

“I don’t know why my name came up when they just made it official. I don’t know why my divorce 10 years ago became relevant again,” the Hollywood Exes alum noted. “I’m not very close with Travis. We’re more acquaintance and coparents, and I don’t know her from a hole in the wall, so it’s not really for me to say [if they’re a great match] in any capacity. All I can say is if they’re happy, I’m happy for them.”

When she does eventually meet the Poosh founder, Moakler won’t have any advice to offer regarding her ex.

“Those two can run off into the sunset together. I’m good!” she laughed.