Over the moon! Aaron Rodgers gushed over his fiancée, Shailene Woodley, while reflecting on his personal and professional highlights.

“I’m recently engaged, so been enjoying that part of my life,” Rodgers, 37, said during an Instagram Live interview with Zenith Watches’ CEO Julien Tornare on Thursday, March 4.

The Green Bay Packers quarterback noted that “there’s been a lot of good” in his life as of late, but his engagement to Woodley, 29, was the high point. “Obviously that’s the best thing that’s happened to me in the last year,” he added.

After discussing his partnership with Zenith Watches, Rodgers, who announced that he had a fiancée at the NFL Honors last month, revealed what’s next for him personally, pointing to fatherhood. 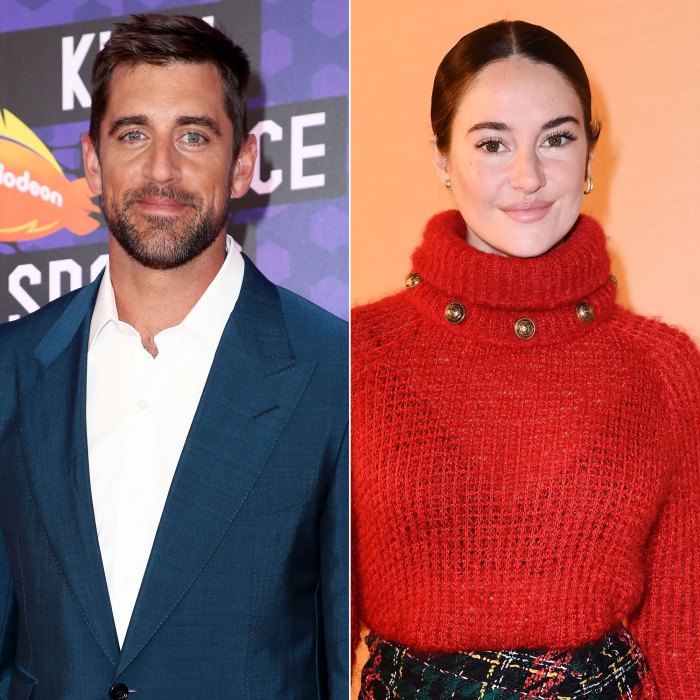 “I think the next great challenge will be being a father,” he said. “I’m in the age group where a lot of my close friends from high school and college are fathers now and have families of their own.”

The athlete explained that becoming a parent is “maybe not in the immediate future, but definitely something I look forward to. It’s gonna be a really fun challenge.”

Now that he’s committed to the Big Little Lies alum, Rodgers revealed that he “looks forward to taking care of another life at some point,” noting that fatherhood is something he’s “dreamt about.”

He concluded that “whenever that comes” he will be “really excited” to take on the new role.

Rodgers’ sit-down with the watch company came one week after the Divergent actress confirmed that she is engaged to the football star.

“It’s kind of funny. Everybody right now is freaking out over it and we’re like, ‘Yeah, we’ve been engaged for a while,” Woodley told Jimmy Fallon on the February 22 episode of The Tonight Show Starring Jimmy Fallon. “He’s, first off, just a wonderful, incredible human being. But I never thought I’d be engaged with somebody who threw balls for a living.”

“We met during this whacky, whacky time and all the stadiums were closed that he was playing in. I didn’t really grow up with sports, especially American sports. It was never really on my radar,” she explained. “When we met, also, I knew he was a football guy, but I didn’t know like what kind of a football guy he was. And I’m still constantly learning.”

Earlier in the month, Rodgers revealed, “I got engaged and played some of the best football of my career,” while accepting the AP Most Valuable Player Award for the 2020 NFL football season.

“Off the field I’ve got a great group of people that support me, so I’d like to thank my team,” he said at the February 6 NFL Honors virtual event. He then gave a shout-out to “my fiancée.”

Days earlier, Us Weekly confirmed that Rodgers and Woodley were dating, with a source telling Us, “They started off as friends, but things have turned romantic.”

Rodgers previously dated Danica Patrick for more than two years, with a rep confirming to Us in July 2020 that they had called it quits. He also dated Olivia Munn for three years before splitting in April 2017. Woodley, for her part, split from Ben Volavola in April 2020, after first being linked in 2017.