We can’t wait to see where Eric’s story takes him in season 3 (Picture: Sam Taylor/Netflix)

Sex Education star Ncuti Gatwa has hinted at what fans of the Netflix series can expect from Eric Effiong’s storyline in season 3, saying that there are going to be ‘really powerful’ and ‘profound’ moments.

Eric has gone through quite a journey throughout the show, finding himself caught in a love triangle by the end of season two with new student Rahim (Sami Outalbali) and his former bully Adam Groff (Connor Swindells), eventually deciding to follow his heart with the latter.

Ahead of this year’s Bafta Television Awards, for which Ncuti is up for Best Male Comedy Performance, the 28-year-old told Metro.co.uk and other press about his favourite scenes to film.

In addition to adoring spending time with his co-star Asa, Ncuti said that in season three, ‘Eric returns back to his culture a lot more’.

‘I think those scenes were very special,’ he said. ‘Just kind of having a set where the majority of people were Black was really great and really powerful and represented Eric’s culture and his family. Those are always very quite profound moments.’ 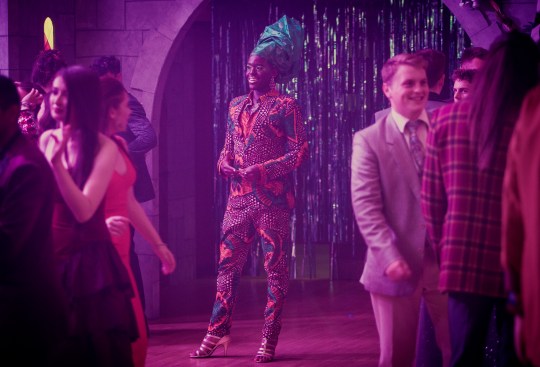 Eric was undoubtedly best-dressed at prom in season one (Picture: Jon Hall/Netflix)

Reminiscing on season one, Ncuti recalled the scene where Eric ‘goes to prom in a full African outfit, and a gele, a Nigerian headdress’.

Before Ncuti could give anything else away about season three, he exclaimed: ‘I’ve already given away far too much.’

Emphasising how much he loves working with Asa, Ncuti said that when he has ‘a day of just me and Asa, I’m instantly happy’. 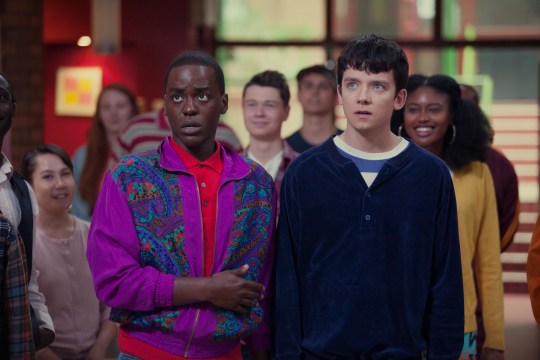 ‘The chemistry’s on the page, and then between us as actors,’ he said. ‘I think you’re only as good as the people that are around you. And I think the actors that I get to be surrounded by on Sex Ed are so talented, Asa is so talented, that I feel like half of my performance is him.’

He added: ‘He is part of Eric’s performance because he feeds me so much energy and I hopefully feed him so much energy,’ describing it as being ‘like a symbiotic experience’.

The costume designer for Sex Education recently opened up to Metro.co.uk about where season three may lead, teasing that there will be a ‘massive’ ending that could feed into an ‘interesting’ fourth instalment.

‘When you see series three, the end of it is really quite interesting,’ said costume designer Rosa Dias.

‘Whatever happens in four, if it happens, wow – the writers have got a challenge. They’ve got a massive challenge on their hands.

‘It will be really interesting to see if they do do four, what they’re going to do. It’s massive.’

The Bafta Television Awards are due to air on Sunday June 6 at 7pm on BBC One.