Sam Asghari almost landed a role in And Just Like That (Picture: HBO/Getty)

Britney Spears’ fiancé Sam Asghari has revealed he auditioned for a role in the Sex And The City reboot And Just Like That but sadly didn’t make the cut.

The 27-year-old model and actor shared the news as he settled in to watch episode five of the HBO series, titled Tragically Hip.

In the latest chapter, Sarah Jessica Parker’s Carrie Bradshaw ends up getting surgery to ease her lower back pain while her best friend Miranda Hobbs (Cynthia Nixon) has sex with her boss in her kitchen.

Towards the end of the episode, Carrie is introduced to her ripped, young, and hot physiotherapist, Travis, with Sam explaining that he read for the role.

‘Man, I was looking forward to this role for the reboot of Sex and the City, And Just Like That,’ he said in a photo shared on his Instagram Stories. 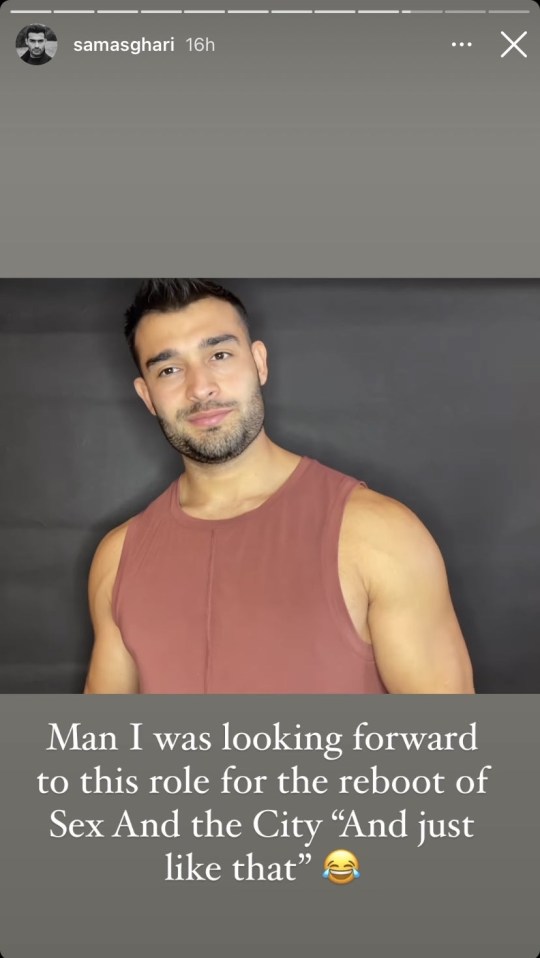 Sam revealed he auditioned for the role (Picture: Instagram) 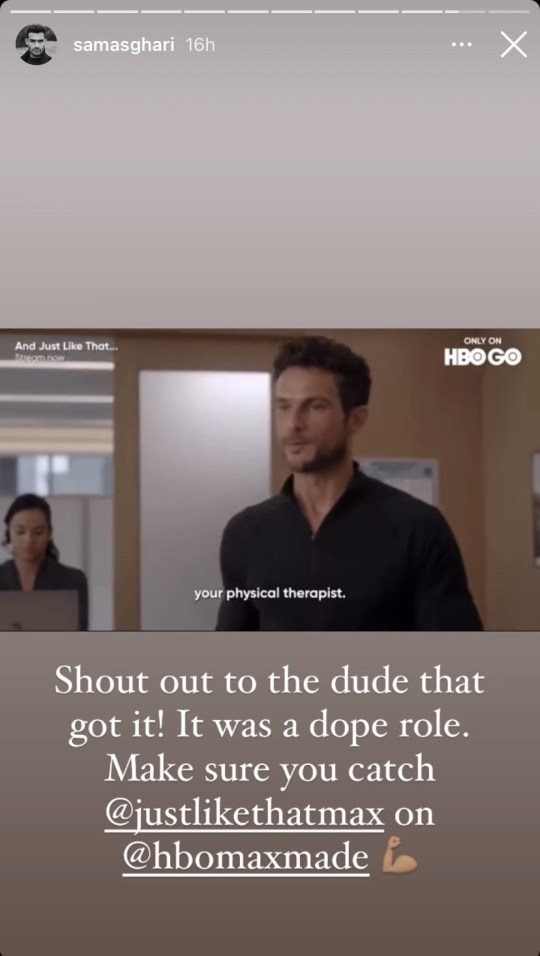 He encouraged his followers to tune in (Picture: HBO)

‘Shout out to the dude that got it! It was a dope role.’

In the episode, the character introduces himself to Carrie, saying: ‘I’m Travis, your physical therapist. Shall we go back?’

A flustered Carrie tries to calm herself down and coolly responds: ‘Yeah.’

Elsewhere, Miranda got hot and heavy with Che (Sara Ramirez) after they stopped by to deliver their podcast colleague Carrie a bottle of tequila as a ‘get well soon’ present to aid her recovery.

As soon as Che left the apartment all hell broke loose as Carrie kicked off at Miranda for not being there to help her go to the toilet and leaving her to get pee in her bed.

‘I peed in a Diet Peach Snapple bottle,’ she yelled. ‘Maybe Charlotte was right, maybe you do have a drinking problem’.

Eventually, Miranda admitted that she has been struggling.

‘I’m unhappy, ok?’ she confessed. ‘I’m trapped. I hate my marriage, I hate my life. Since forever. What would I say? That I don’t want to be this person anymore.’ 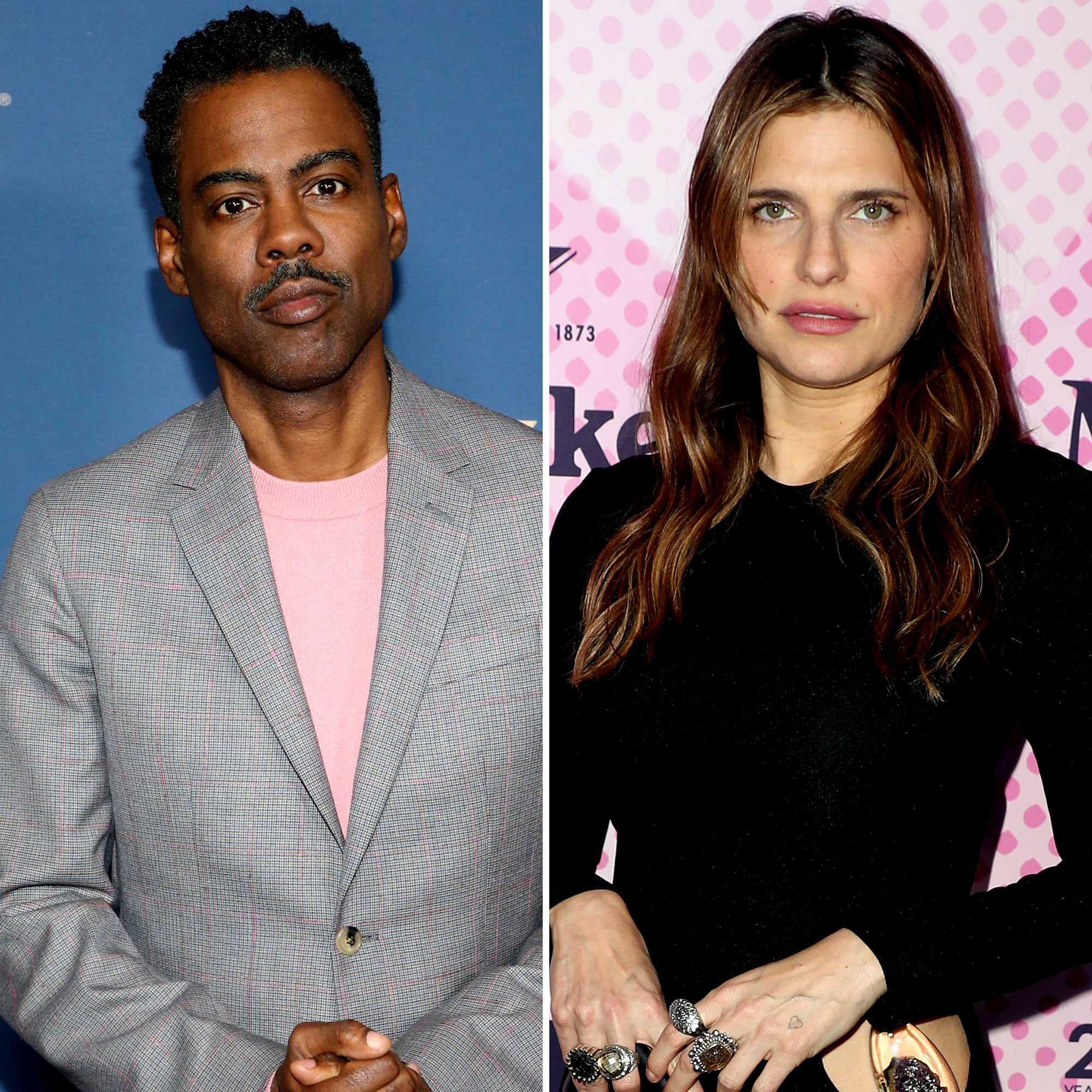