Standing his ground. Seth Rogen revealed he has no plans to work with James Franco in the future after actress Charlyne Yi accused him of “enabling” Franco last month.

“I have not and I do not plan to [work with Franco] right now,” Rogen, 39, told the U.K.’s Sunday Times on Sunday, May 9. “What I can say is that I despise abuse and harassment, and I would never cover or conceal the actions of someone doing it, or knowingly put someone in a situation where they were around someone like that.” 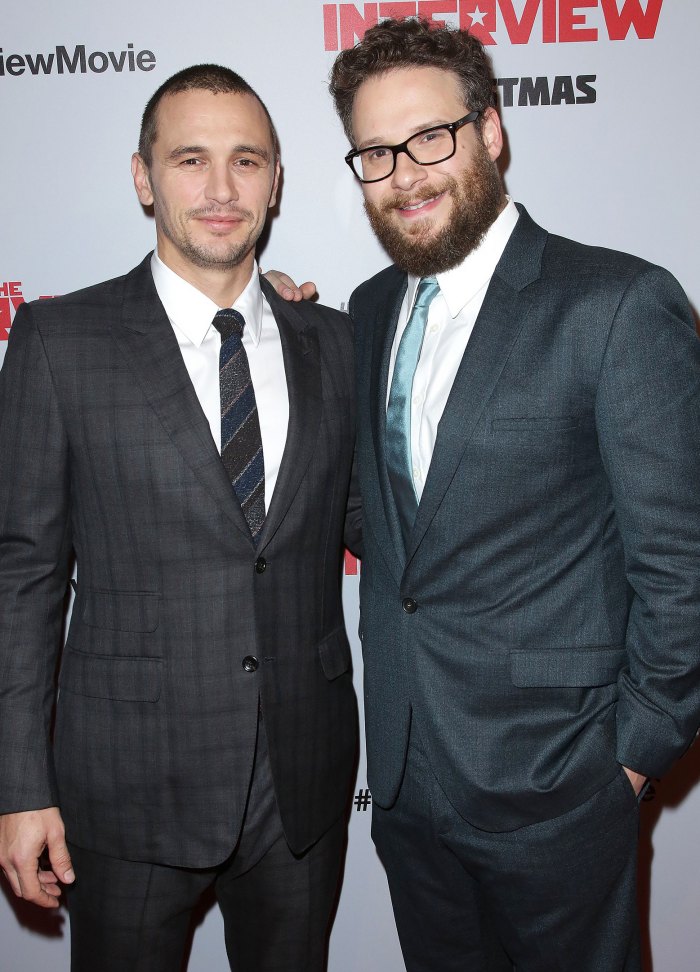 Last month, Yi detailed why she tried to quit the pair’s film The Disaster Artist in an Instagram post. After calling Franco, 43, a “sexual predator,” she called out Rogen specifically for not holding Franco accountable for his actions.

“Enablers are just as toxic and are abusers too,” the Second Act star, 35, wrote on April 8.

The 127 Hours actor was accused of propositioning a 17-year-old girl via Instagram in 2014. At the time, the Canada native made a joke about the situation on Saturday Night Live.

“I very much regret making that joke. It was a terrible joke, honestly,” Rogen told the Sunday Times.

Four years later, five women came forward with sexual misconduct allegations against Franco in January 2018. Weeks after the allegations came to light, the Yearbook author said “yes” when asked if he’d work with his longtime collaborator again. Now that he’s changed his mind, Rogen said his new outlook is “not a coincidence.”

Since starring together in Freaks and Geeks in 1999, the actors have collaborated on multiple projects. While the allegations have affected their friendship, the Houseplant founder can’t say for sure whether their personal relationship is over.

“I don’t know if I can define that right now,” Rogen said. “[The allegations] have changed many things in our relationship and our dynamic.”

Earlier this year, Franco reached a settlement in the 2018 sexual assault lawsuit. According to court documents obtained by Us Weekly in February, two of his former acting students decided to drop their claims.

Days before the allegations came to light in January 2018, the Palo Alto author spoke out about the 2014 misconduct claim on The Late Show With Stephen Colbert.

“In my life, I pride myself on taking responsibility for things that I’ve done. I have to do that to maintain my well-being. I do it whenever I know that there is something wrong or needs to be changed, I make it a point to do it,” he said. “The things that I heard that were on Twitter are not accurate, but I completely support people coming out and being able to have a voice because they didn’t have a voice for so long. I don’t want to, you know, shut them down in any way. It’s, I think, a good thing and I support it.”

Us Weekly has reached out to Franco for comment.