SERGIO AGUERO is trying to convince Lionel Messi to stay at Barcelona and partner him in attack this season.

The clock is ticking on the Argentine putting pen to paper before he becomes a free agent on June 30.

Sergio Aguero is trying to persuade Lionel Messi to stay at BarcelonaCredit: AFP 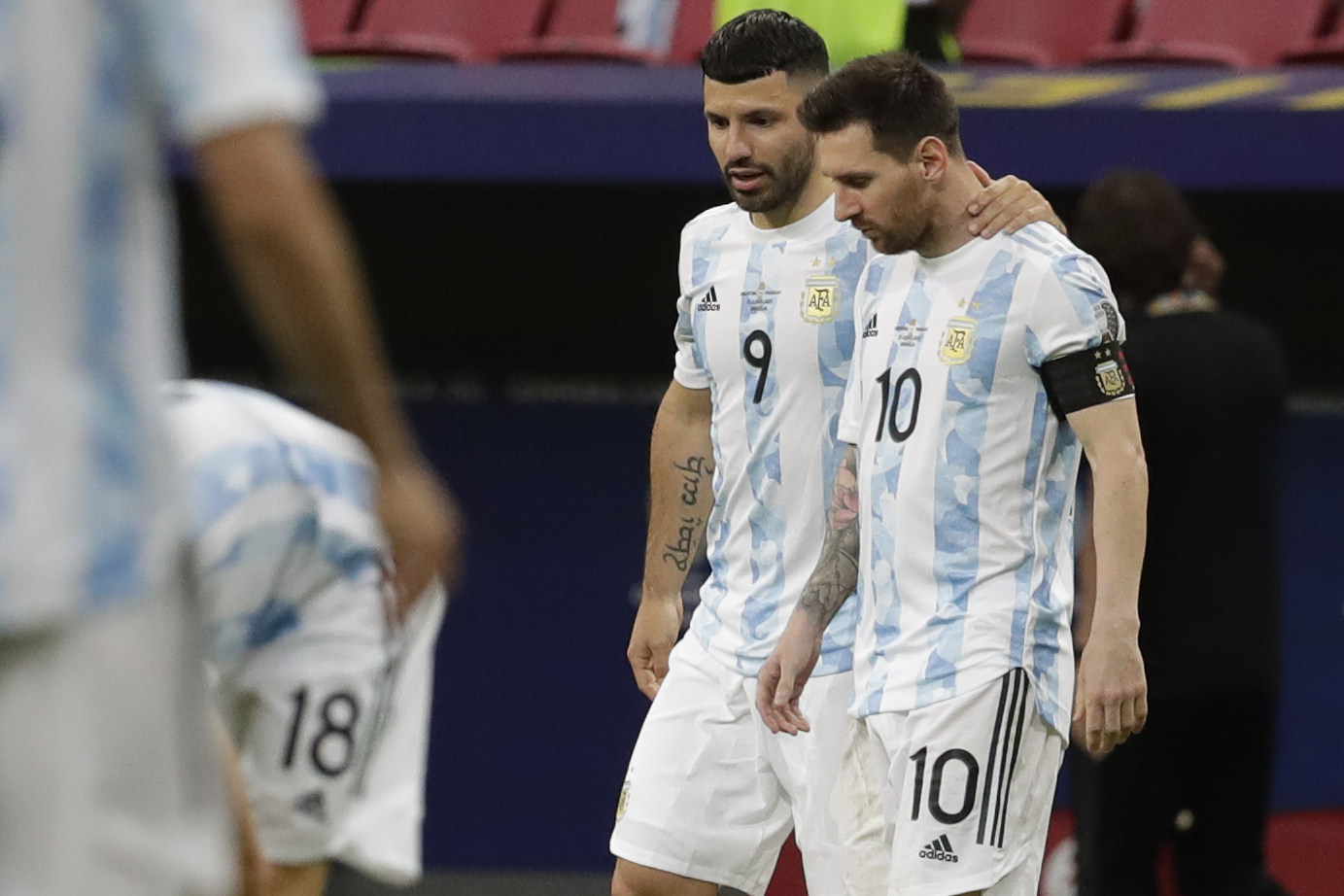 The pair are both representing Argentina at Copa AmericaCredit: AP

The LaLiga giants are hoping to get their talisman’s future as soon as possible so that they can budget for the summer transfer window ahead and assure both fans and sponsors that they remain among football’s elite clubs.

Messi, 34, was recently reportedly ‘undecided’ over whether to stay at the Nou Camp.

That was according to Marca, who claimed the Catalans were putting together a two-year deal worth £850,000-a-week.

That mega contract would still be a sizeable pay cut on the astronomical deal that Messi was handed in 2017.

But the club’s financial woe amid the pandemic crisis has led to a realignment of wages with several team-mates accepting reductions.

However, president Joan Laporta has now confirmed that Messi’s countryman and Barcelona new boy from Man City Aguero is attempting to persuade the legend to stay.

He told La Vanguardia: “I would like Messi to tell us ‘yes’ as soon as possible. He would help us in every way.

“Aguero is helping. He is telling him every day to stay.”

The chief also says he is encouraged by his own talks with Messi, adding: “He is excited and I am grateful to him for the desire he is showing to stay.”

Barcelona also reportedly want to make the legend a club ambassador on a ten-year, £8.5m agreement that would run even if he signs for an MLS club.

SunSport revealed earlier this month that David Beckham’s Inter Miami are confident of one day landing the striker, with Paris Saint-Germain and Manchester City also linked.

Messi is currently in Brazil for Argentina’s Copa America bid, which sees him face Bolivia on Tuesday to round off the group stage.