Scarlett Johansson and Marvel boss Kevin Feige are working together on a ‘top secret’ project – but it’s nothing to do with Black Widow.

Just weeks after the actress settled her lawsuit with Disney following a dispute over Black Widow’s streaming release, the Natasha Romanoff actress is teaming up with Marvel once again.

This week she was honoured as the 35th recipient of the American Cinematheque Award.

According to Deadline, during his speech, Feige praised her talent and vision as an actress and producer, and also teased a ‘top secret Marvel Studios project’ which the pair are teaming up for.

Johansson will be a producer on the upcoming project, after taking on an executive producer role on Black Widow, which she also starred in this year.

He gave no details other than to say it’s not to do with Black Widow – so consider us very intrigued. 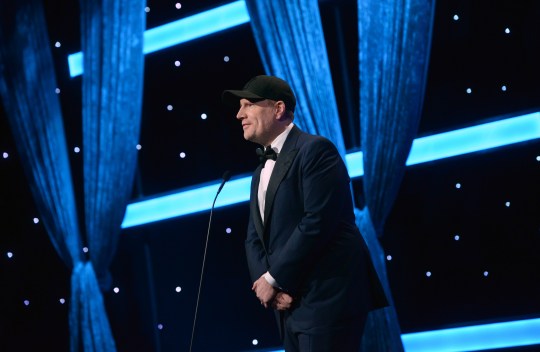 The MCU producer went on to say: ‘Scarlett has lent her talent and star power to the Marvel Cinematic Universe for over a decade.

‘That she’s chosen to play a key part in it for so many years, I am extremely grateful for. Working with [her] has truly been one of the most memorable and rewarding collaborations of my career.’ 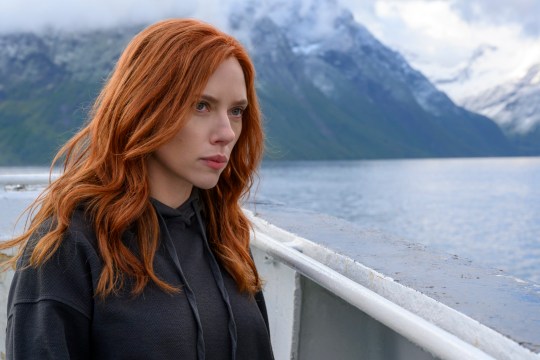 Not mentioned at the event was Johansson’s lawsuit against Disney, in which the actress alleged that the company breached its contract with her by releasing Marvel blockbuster Black Widow on its streaming platform, Disney Plus, rather than having an exclusive theatrical release.

Initially responding to the lawsuit, a Disney spokesperson said there was ‘no merit’ to it, and revealed that Johansson had been paid $20million (£14.9m) for the film.

However, in October, it was revealed that they had settled the lawsuit, with Johansson saying: ‘I am happy to have resolved our differences. I’m incredibly proud of the work we’ve done together over the years and have greatly enjoyed my creative relationship with the team. I look forward to continuing our collaboration in years to come.’

Alan Bergman, chairman of Walt Disney Studios, added: ‘We appreciate her contributions to the Marvel Cinematic Universe and look forward to working together on a number of upcoming projects, including Disney’s Tower of Terror.’