Filming for the upcoming Sex and the City series has begun in New York with Sarah Jessica Parker and Cythia Nixon (Picture: Splash News)

It’s been a long time coming but Sarah Jessica Parker and Cynthia Nixon have been spotted on the set of the Sex and the City reboot on Manhattan’s 5th Avenue.

The actresses looked delighted to be in each other’s company as they filmed scenes for the show in pictures taken after Sarah confirmed the name of the episode of And Just Like That… this week.

Sarah, 56, and Cynthia, 55, looked as stylish as ever in character as Carrie Bradshaw and Miranda Hobbes respectively.

The fictional columnist could be seen in a super high-waisted black and white skirt with the upper section taking the form of a corset.

She had a plain white shirt tucked into her skirt and a long, lightweight coat featuring black roses over the top.

The Emmy award winner had on a pair of tall black platform heels as while she carried a light brown leather bag over her shoulder. 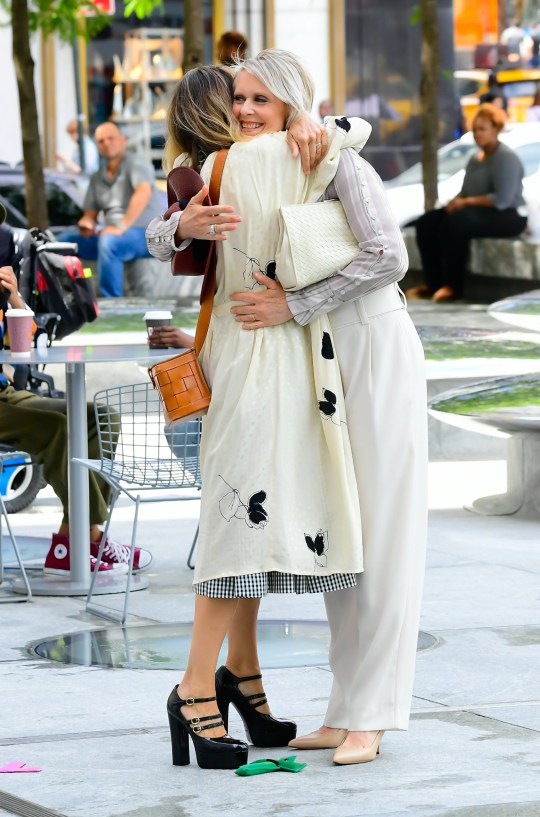 Sarah Jessica Parker and Cynthia Nixon looked delighted to be in each other’s company on the set of the Sex and the City reboot (Picture: GC Images) 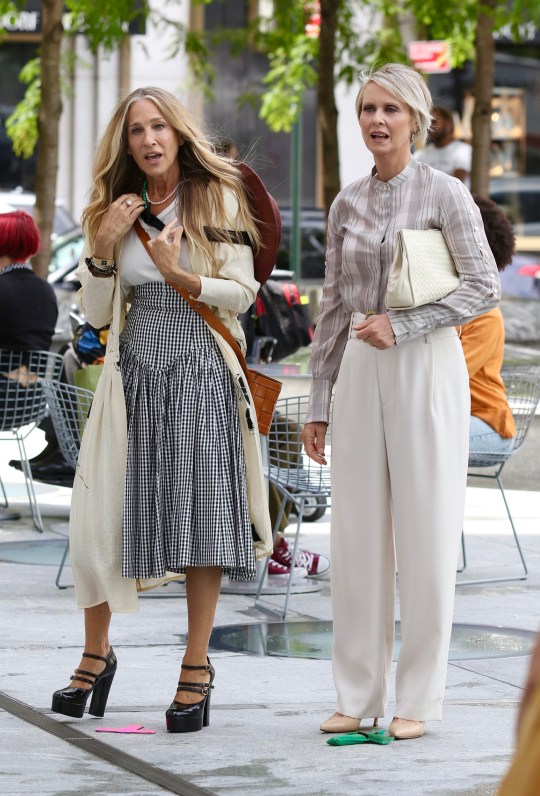 The pair looked as stylish as ever as their characters Carrie Bradshaw and Miranda Hobbes (Picture: RLGNYC / SplashNews.com) 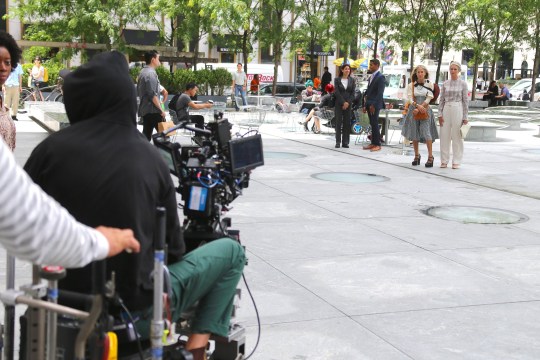 Cynthia was every inch the style queen in a smart checked grey shirt with buttons down the arms.

She wore a pair of high-waisted white trousers with a belt cinched in to make the most of her figure.

The star wore a pair of nude heels and carried a cream purse, with the white in her clothes complementing the highlights in her icy hair.

Sarah and Cynthia could be seen embracing each other on location in New York as the cameras rolled.

In a picture shared on Instagram, Sarah and Cynthia could be seen with co-star Kristin Davis, 56, as Charlotte York. 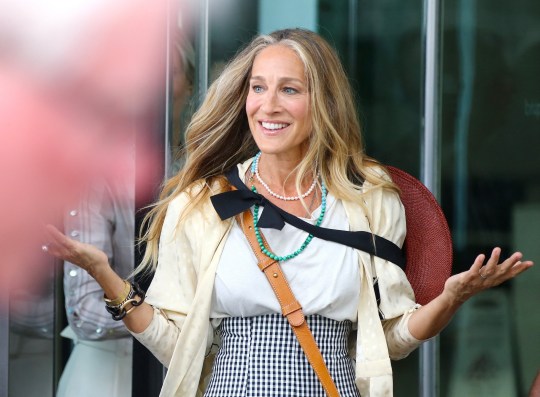 The three were pictured walking down the street in their old stomping ground of New York City.

The series is expected to catch up with the cast years after fans last saw them in 2010 film Sex And The City 2.

Sarah has been sharing pictures from their read-through sessions with fans on social media.

It was previously announced that Chris Noth will reprise his role as Mr Big in the reboot, while Willie Garson and Mario Cantone are also returning as Stanford Blatch and Anthony Marantino.

However Kim Cattrall, who played Samantha Jones, will not be appearing following years of a reported rift between her and Parker.