This Morning viewers are furious after a former police detective offered advice on how women can stay more alert amid the ongoing investigation into the disappearance of Sarah Everard, rather than focusing on how men can change their behaviour.

On Wednesday March 10, it was announced that human remains had been found in the search for 33-year-old Sarah, who disappeared in Clapham, south-west London while walking home from a friend’s house on March 3.

A male police officer has been arrested in connection with the case on suspicion of murder, kidnap and an allegation of indecent exposure.

Since Sarah’s disappearance, numerous women have been sharing posts on social media about the measures they regularly take to try and protect themselves in public, such as carrying their keys between their knuckles and letting friends know that they’ve arrived home safe.

Several men have also been sharing posts on social media asking what they can do to try and make women feel less threatened, such as crossing the road if they are walking behind a woman.

On today’s This Morning, former police detective Sue Hill told Holly Willoughby and Phillip Schofield that she advises her daughter to ‘be aware’ of her surroundings when she’s out. 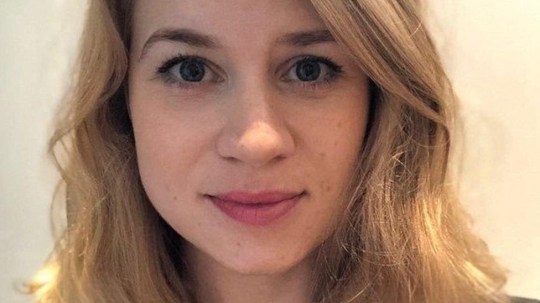 Sue said that while ‘it’s not women’s responsibility to keep themselves safe’, she would advise women to be ‘aware of their surroundings’ when they’re out.

She suggested that women wear comfortable shoes so ‘you can run away if needs be’, also recommending that they keep their headphones out, let their friends know where they are and if meeting someone on a date, going somewhere in public where there are CCTV cameras.

The retired police officer also offered advice to men on how they can make women feel more at ease in public, saying that they should ‘respect that social distance’ and if they’re on a tube’, ‘don’t sit next to a woman’ as ‘that can be quite intimidating’.

‘And for those men that are with a group of guys who are shouting comments to a girl on her own, just you know, call them out. Call your mates out. You might think it’s a laugh – it’s not to that young woman or that woman that’s out there on her own,’ she said.

However, many This Morning viewers were disappointed that she focused predominantly on what women can do to alter their behaviour, rather than men.

‘Women should not have to modify their behavior; it’s the men who harass and abuse women that do,’ one person tweeted.

That segment was a âhereâs how you can stop yourself from getting harassed, raped or murderedâ guide for women. Why not focus on doing a segment holding men accountable? The amount of women who have a story is horrifying because too many have a story #ThisMorning

Why not do a piece on some menâs behaviour rather than how woman should be alert and keep themselves safe! #thismorning

#thismorning Why not do a segment on tackling rape culture, rather than a segment directed solely towards women? As long as it is taught women are there for men’s sexual desires & that men can’t control these desires, we can’t begin to tackle this

#ThisMorning @thismorning itâs always what women need to do to not put themselves as risk, but why arenât we teaching men to help women feel safer??? This is ridiculous.

So #ThisMorning I’ve to now wear trainer’s? No headphones blah blah blah. As I teach my daughter the dangers of men in the world and how dangerous it can be. I also teach my son’s to respect women at all times.

Spend less time telling women to be aware/ vigilant of being attacked by predominantly men. Maybe spend more time educating those men not to rape or attack! I remember being sat down in a school talk and told what to do if I was attacked by a man and that could. #ThisMorning

Former police officer on #ThisMorning advising women ânot to put themselves at risk.â Are we honestly STILL blaming women when itâs the men committing these crimes that are the problem. The stories from women since the #SarahEverard case came up are so important

Watching #ThisMorning itâs really disappointing that their guest focuses on what women should be doing to protect themselves as if itâs our fault if we donât follow all âthe rulesâ – recently a group of men harassed me through my open window in my living room, was this my fault?

‘Why not do a piece on some men’s behaviour rather than how woman should be alert and keep themselves safe! [sic],’ another stated.

Someone else wrote: ‘This woman on #thismorning is infuriating me. Make sure YOU wear trainers so you can run away, don’t listen to music or have headphones in so YOU can hear more clearly. No! How about SOME men don’t assault or kidnap people?! How about that?!’

‘I appreciate what the woman on this morning is saying right now, but, why should we ?! Why not teach men how to behave and treat women ? Just adding to my overall anger,’ another said.

A socially-distanced vigil titled ‘reclaim these streets’ is set to take place on Clapham Common this Saturday for all women who don’t feel safe on the street.

The event organisers wrote on Facebook: ‘We shouldn’t have to wear bright colours when we walk home and clutch our keys in our fists to feel safe.

‘It’s wrong that the response to violence against women requires women to behave differently. In Clapham, police told women not to go out at night this week. Women are not the problem.’