Babies one more time?! Sam Asghari is ready to have children with girlfriend Britney Spears, a source revealed exclusively to Us Weekly on Wednesday, March 3.

“Sam would love to start a family with Britney,” the insider said. “He’s always dreamt of having children and thinks he would be a great father. He’s a natural around little kids.” 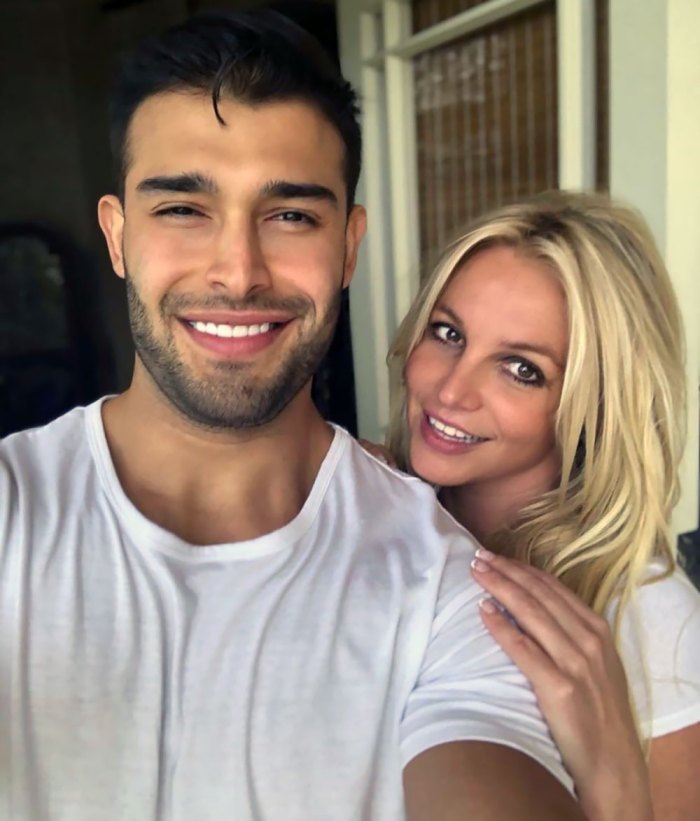 The singer, 39, shares two sons, Preston, 15, and Jayden, 14, from her previous relationship with ex-husband Kevin Federline. On March 1, Spears shared a picture with her children via Instagram. Asghari, 27, offered his love in the comment section, writing, “Lioness with her Cubs.”

The couple have been inseparable since meeting in October 2016 on the set of the star’s “Slumber Party” music video.

“I found his number in my bag. I was like, ‘He is really cute. This guy is really cute,’” the Princess of Pop said during a January 2017 radio interview. “So then I called him.”

The personal trainer, who has been a huge support system for the “Toxic” singer both personally and professionally, would also love to marry Spears eventually.

“Sam also sees marriage in his and Britney’s future when the time is right and they are able to wed without the restraints of her conservatorship and with the blessing of her family,” the source said. “He’s very old-fashioned in that way.”

The “Gimme More” singer is currently unable to make major personal or financial decisions without the approval of her father, Jamie Spears, and is undergoing a legal battle to have him removed as her conservator. Asghari made headlines in February when he spoke out in support of the Grammy winner.

Regardless of the ongoing controversy, however, the couple make time for fun. According to our source, the Louisiana native is planning something nice to celebrate her boyfriend’s 27th birthday on Thursday, March 4.

“Britney has a special day lined up for Sam. She wants to spoil him like he spoils her year-round,” the insider said. “Sam is excited about his birthday. He’s ready to make 27 his best year yet with Britney, his family and his friends. He has a bunch of ‘pinch me’ projects lined up in the coming months and wants to keep grinding as the year goes on. He has a lot of goals and ambitions for his 27th year, and he’s ready to see them through.”

With reporting by Nicholas Hautman