Rylan Clark has reflected on his appearance on the celebrity version of The Apprentice, and it’s clear he had a pretty eventful stint back in 2019.

The Apprentice has been entertaining fans in recent weeks, with the final of the ongoing series set to air on Thursday night.

Over the years, the show has also played host to spin-offs featuring celebrity faces, all in the name of charity.

Rylan took part in the Comic Relief 2019 special, where the two teams had 48 hours to organise and then host a cabaret event, in a bid to raise as much money as they could for Red Nose Day.

But chatting on his Radio 2 show on Saturday, he made his thoughts very clear on the process.

Responding to an on-air promo ahead of the upcoming finale, he said: ‘I’ve been watching that, I do like The Apprentice.

Rylan said ‘none of them did anything’ when talking about his teammates (Picture: BBC)

‘I prefer watching it to being on it though!’

Speaking of his own experience, he said: ‘It was literally the worst two days of my life when I was on Celebrity Apprentice.

‘It was me, Richard Arnold, Omid Djalili, big Sam Allardyce and Russell Kane and not one of them did anything.

‘I love them all dearly but I didn’t sleep at all… the fear is just hitting me again.’

He went on to add: ‘I remember coming home and actually smashing a plate, I was so annoyed, I said, “I can’t do it!”’ 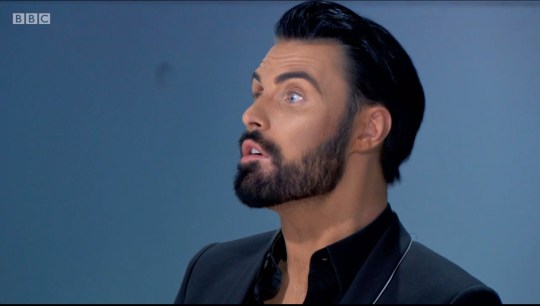 He said he ‘didn’t sleep’ during the process (Picture: BBC)

But it was the girl’s team, led by former Dragon’s Den star Kelly, who managed to grab the win.

It comes just a couple of weeks after Rylan supported his pal Thomas Skinner – who was on The Apprentice in 2019 – at the opening of his new bed shop in Essex.

So @iamtomskinner rings me. âRy pop down Saturday to my shop openingâ I say course mate v proud of ya (known him for 15 years) He then sends me thisâ¦.. what a prick ððððð. Iâm gonna kill you ðð pic.twitter.com/agjK52GMub

Rylan joked he had been ‘tricked into promoting it’ after turning up at the launch of the Brentwood store last month.

The It Takes Two host revealed what happened on Twitter: ‘So @iamtomskinner rings me. “Ry pop down Saturday to my shop opening” I say course mate v proud of ya (known him for 15 years).

‘He then sends me this… what a ****, I’m gonna kill you.’ he said, accompanies with a promo poster for the new shop, with Rylan’s face slapped front and centre.

Besides Rylan was a speech bubble that read: ‘Probably the best bed shop in the world.’

Well, we can’t argue with that then.

The Apprentice concludes on Thursday at 9pm on BBC One and Rylan Clark’s BBC Radio 2 show airs Saturdays from 3pm.