RYLAN Clark has given fans a rare reminder of his singing voice that took him to the live shows of the X Factor’s ninth series.

The TV presenter took to his Instagram stories to share a video of himself and his mum Linda as they enjoyed a night out together.

Rylan headed on a night out with his mum Linda on FridayCredit: INSTAGRAM 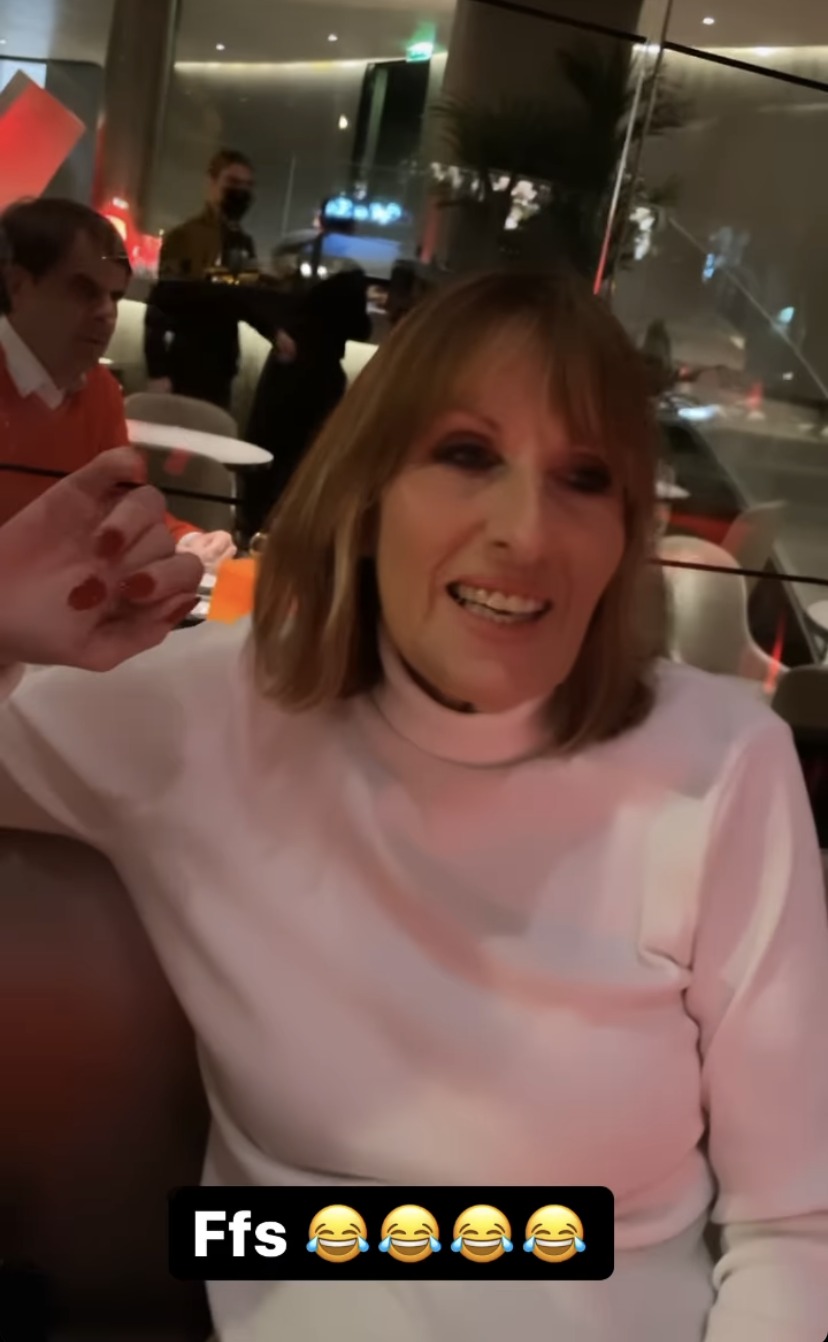 Rylan and his mum Linda headed on a night out on FridayCredit: INSTAGRAM

Rylan, 33, posted on his Instagram stories as he and mum Linda tucked in for a fancy meal together on Saturday night.

The sweet video saw the mother and son duo singing along to Dean Martin’s Sway as they sat at the table drinking wine.

Alongside a series of laughing-face emojis, Rylan captioned the video “for f***s sake” as he joked about Linda’s singing ability.

“Shimmy!” he could be heard encouraging his mum in the background, before mocking her through giggles: “Actually, no – don’t shimmy.”

In the background, Rylan could be heard showing off his vocal talent, years after finding fame on The X Factor.

It comes days after the star was forced to it back at a troll who branded him a “chav s**t” – much to the delight of his fans.

The cruel Twitter user decided to abuse Rylan in response to a completely innocuous tweet about his day.

He ranted: “Apart from teeth that a bloody horse would be proud of, and speaking like a chav sl*t, what exactly do you contribute to society ?.”

Not letting him get away with it, Rylan retweeted the comment and replied: “Well.., ya dad seemed happy when he left mine last night.”

His followers were quick to praise him for the put down, with James Jordan telling him: “Bloody love this.”

Rylan was defended by his This Morning co-host Eamonn Holmes earlier this month when another cruel troll accused him of pulling “sickies”.

The 62-year-old replied to a tweet originally shared by a nasty Twitter user, which has since been deleted, that claimed they were growing “weary” of Rylan’s sick leave.

At first, Rylan, 33, responded to the tweet and wrote: “Sickies? I was ill?” then Eamonn jumped to his friend’s defence.

The broadcaster replied: “Rylan, I was going to challenge this stupid ignoramus… decided not to but because he has annoyed you he has annoyed me more.

“I know how truly ill you have been… I just hope he never catches one of your ‘sickies’. Stay well my friend.”

Rylan recently returned to television for The One Show alongside Alex Jones following his health scare.

When he first took time off due to an illness, he made sure to update fans with what was going on.

A week later, he revealed that he was rushed to the hospital and was forced to miss his show again.

The presenter shared a snap from his hospital bed with a cannula in his arm, but didn’t explain the mystery illness any further.