A perfect match! Ryan Reynolds is known for trolling his wife, Blake Lively, via social media, but he’s also not afraid of occasional sincerity.

While accepting an honor at WSJ. Magazine‘s 2021 Innovator Awards on Monday, November 1, the Free Guy star, 45, thanked the Gossip Girl alum, 34, for helping him become the kind of person who would be recognized as an innovator.

“I want to thank my wife, Blake,” the Canada native said during his speech. “She is a genius. She’s a renaissance woman. And she pushes me in ways I never imagined I’d be pushed.”

Last month, the Proposal actor announced that he planned to take a short break from acting after wrapping his upcoming movie, Spirited, which also stars Will Ferrell and Octavia Spencer.

“Perfect time for a little sabbatical from movie making,” Reynolds wrote via Instagram in October. “I’m gonna miss every second [of] working with this obscenely gifted group of creators and artists. These days, kindness matters as much as talent. I’ve been lucky to work with folks who are flush with both.” 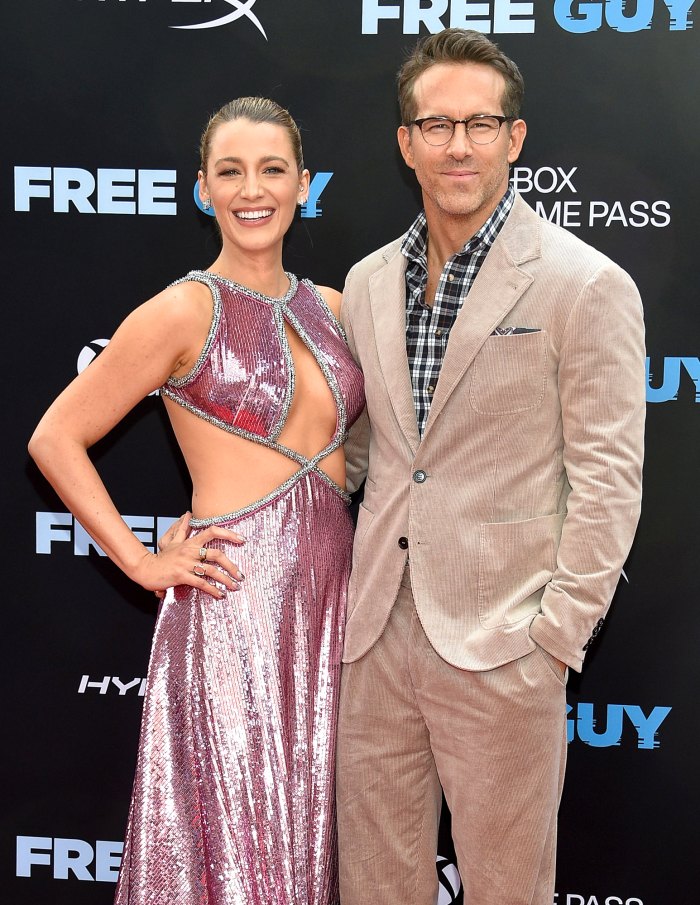 After the Deadpool star’s announcement, Lively couldn’t help poking fun at her husband in the comments, joking, “Michael Caine did it first.” (The Inception actor, 88, had recently announced his plans to take a break from filmmaking.)

In July, the couple celebrated the 10-year anniversary of their first date, which they mark every year by returning to the same place they went for dinner that first night.

“If it weren’t for this place. We wouldn’t be together. No joke,” the Shallows star wrote via Instagram at the time, sharing photos from O Ya, a Japanese restaurant located in Boston.

The duo originally met while filming 2011’s Green Lantern, but they didn’t connect romantically until later — and once went on a double date together with other people.

“We were friends and buddies, and about a year and a half later, we actually went out on a double date. But we were dating separate people,” the Detective Pikachu star recalled during a July episode of the “SmartLess” podcast. “We hung out and we always kind of kept in touch sort of casually and, next thing you know, she was going to Boston. I was going to Boston and I said, ‘I’ll ride with you.’ … I was just begging her to sleep with me.”

Reynolds admitted that the pair moved fast, partly because their romance felt like it was “out of a fairy tale.” Speaking about their then-upcoming 10th anniversary, he quipped, “That’s like 45 years in Hollywood terms.”