The Opera Singer, 54, is finally getting his chance at a trial as he takes on the Rancid Rotisserie. 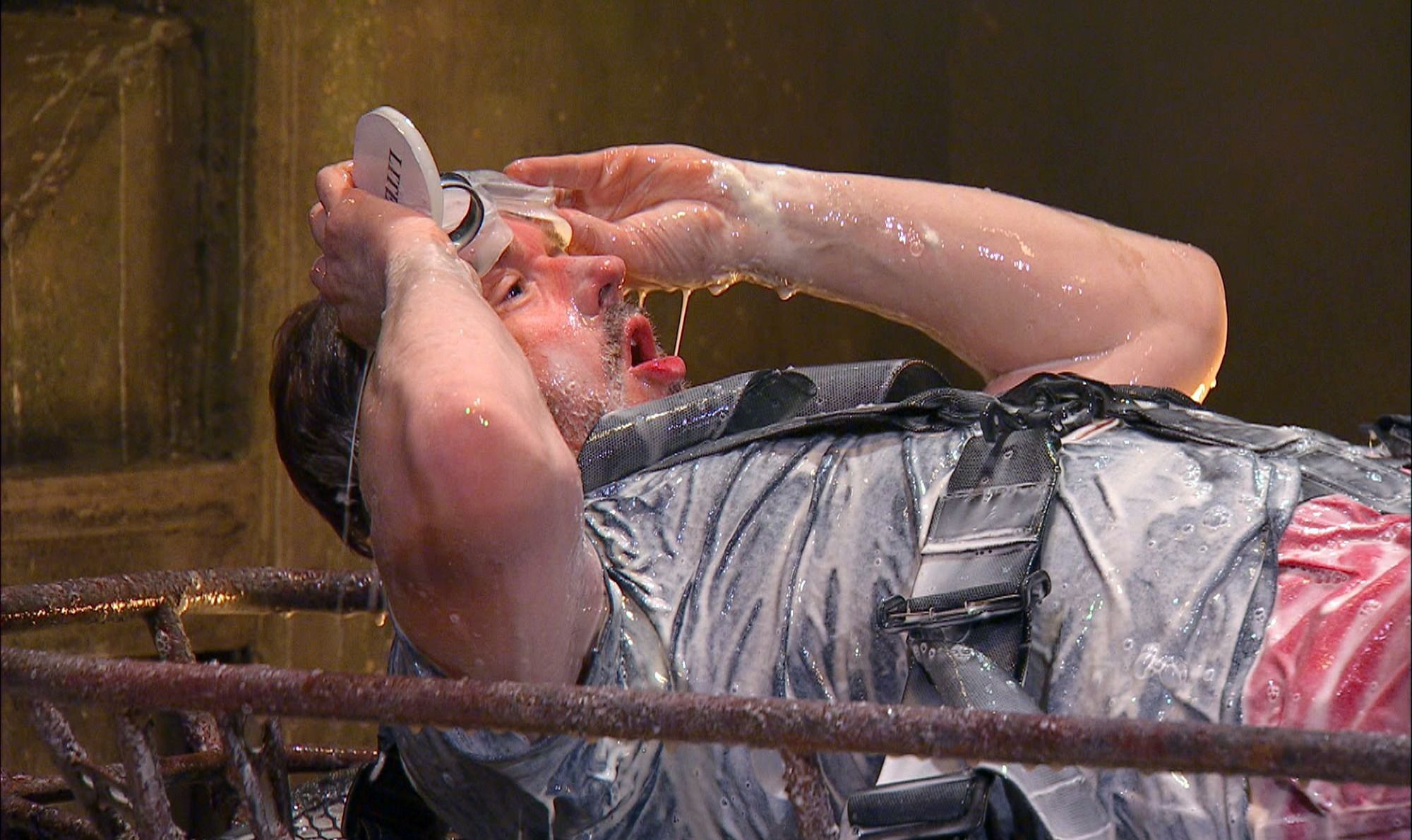 Russell Watson is ducked in the slimeCredit: Rex Features

In the trial, Russell is strapped to a metal slab, which rotates him into a big bucket of slime.

He needs to reach out and grab categories – to then answer trivia questions to win stars.

However, the slime was freezing cold – as judged by Russell’s reaction. 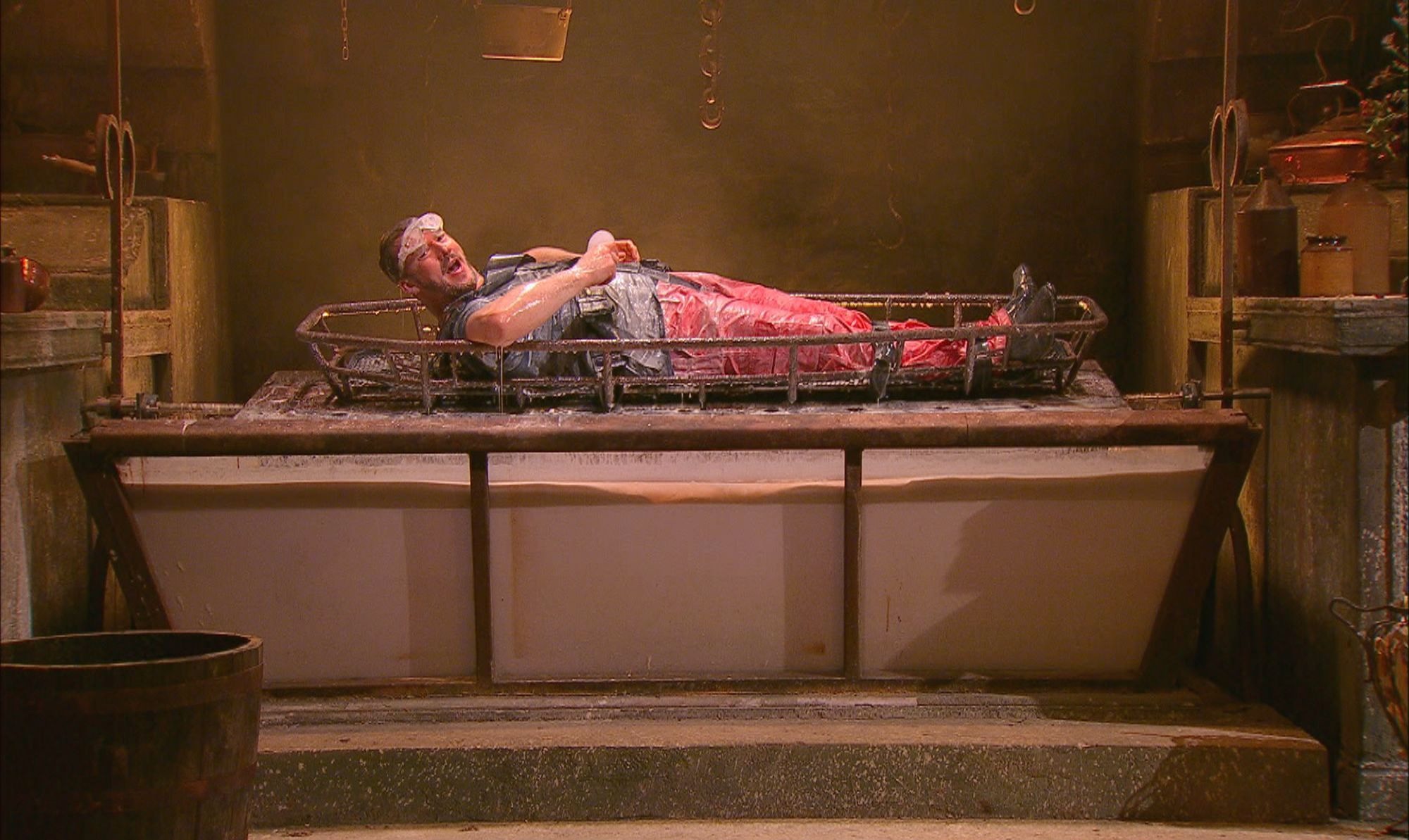 The star said it was really coldCredit: Rex Features

Russell pulled out a literature category and had to answer a question on Harry Potter.

The singer was asked which book is the first in the Harry Potter series – Chamber of Secrets, Philosopher’s Stone or Goblet of Fire.

It looks like Russell isn’t a fan of the mega franchise as he appeared to hesitate on the answer.

The star also didn’t seem too happy about the task, saying: “How did I end up here?” 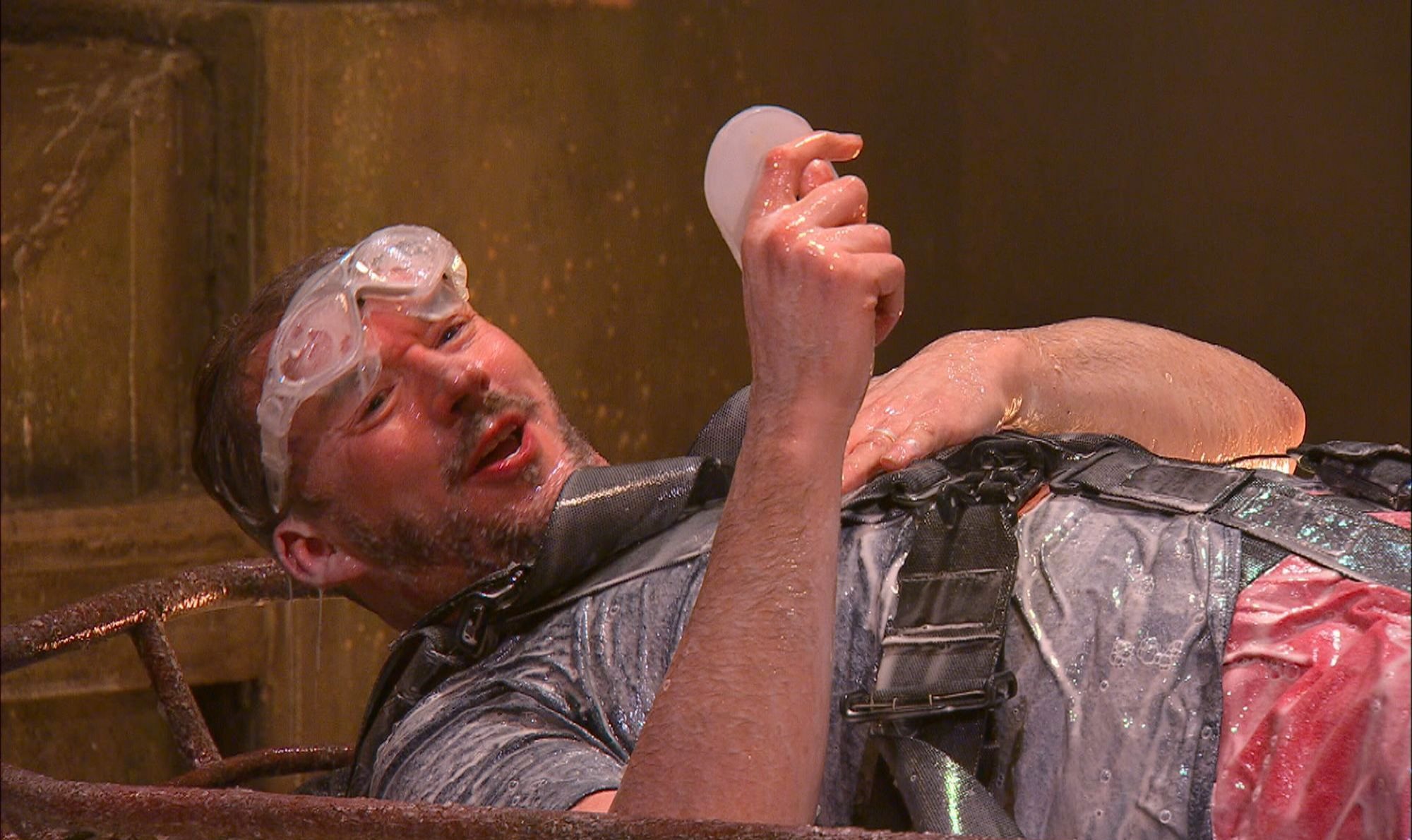 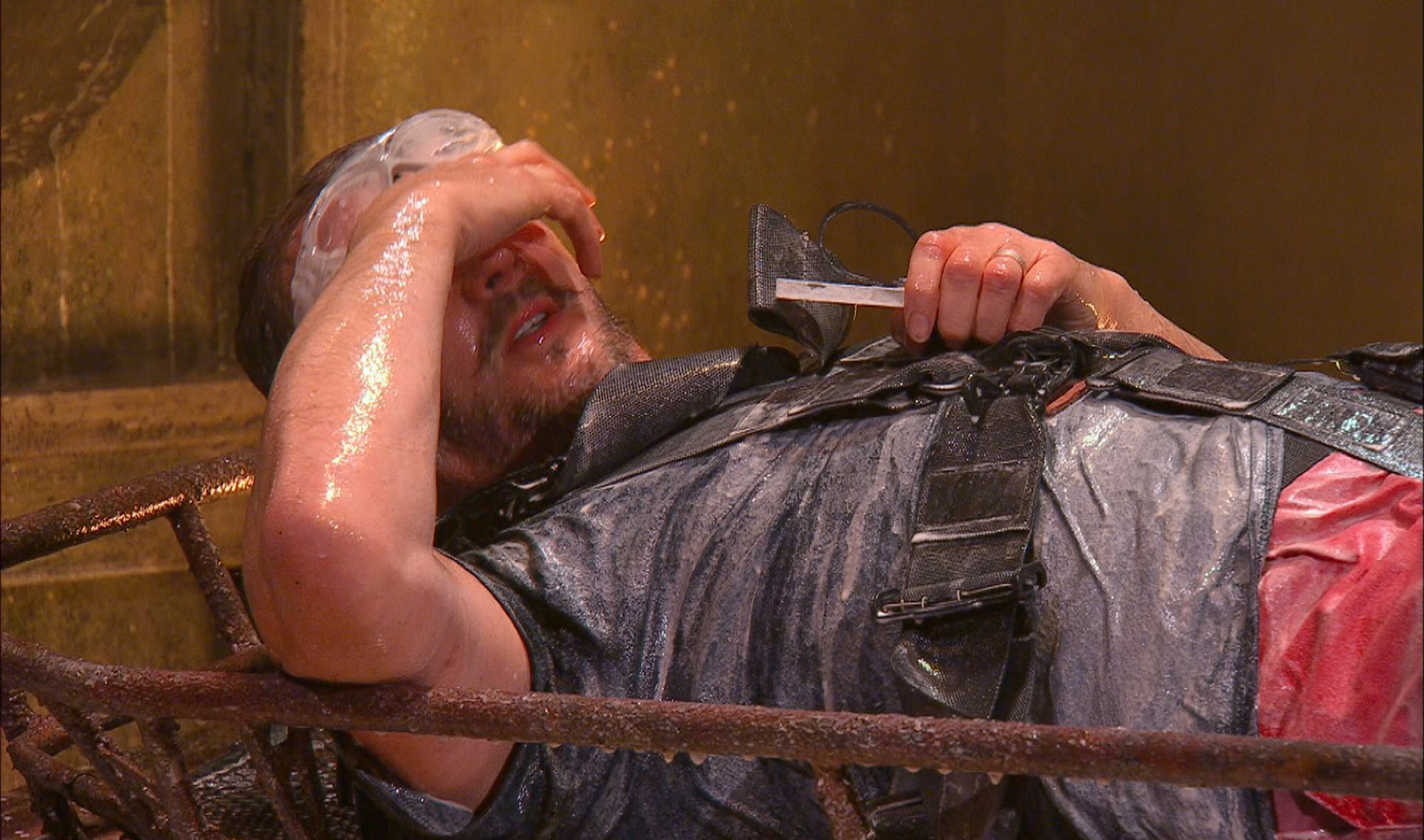 He seemed to not know the answerCredit: Rex Features

Hopefully he puts on a better show than Victoria Derbyshire, who was mocked by Ant and Dec for being “so slow”.

The journalist took on the Critter Clink, where each of the 11 stars were protected by a castle critter in barrels, cages and tunnels.

Victoria, 52, had 12 minutes to find the stars but took a rather slow and methodical approach to getting them.

Her speed seemed to frustrate hosts Ant and Dec, who tried to up the pace. 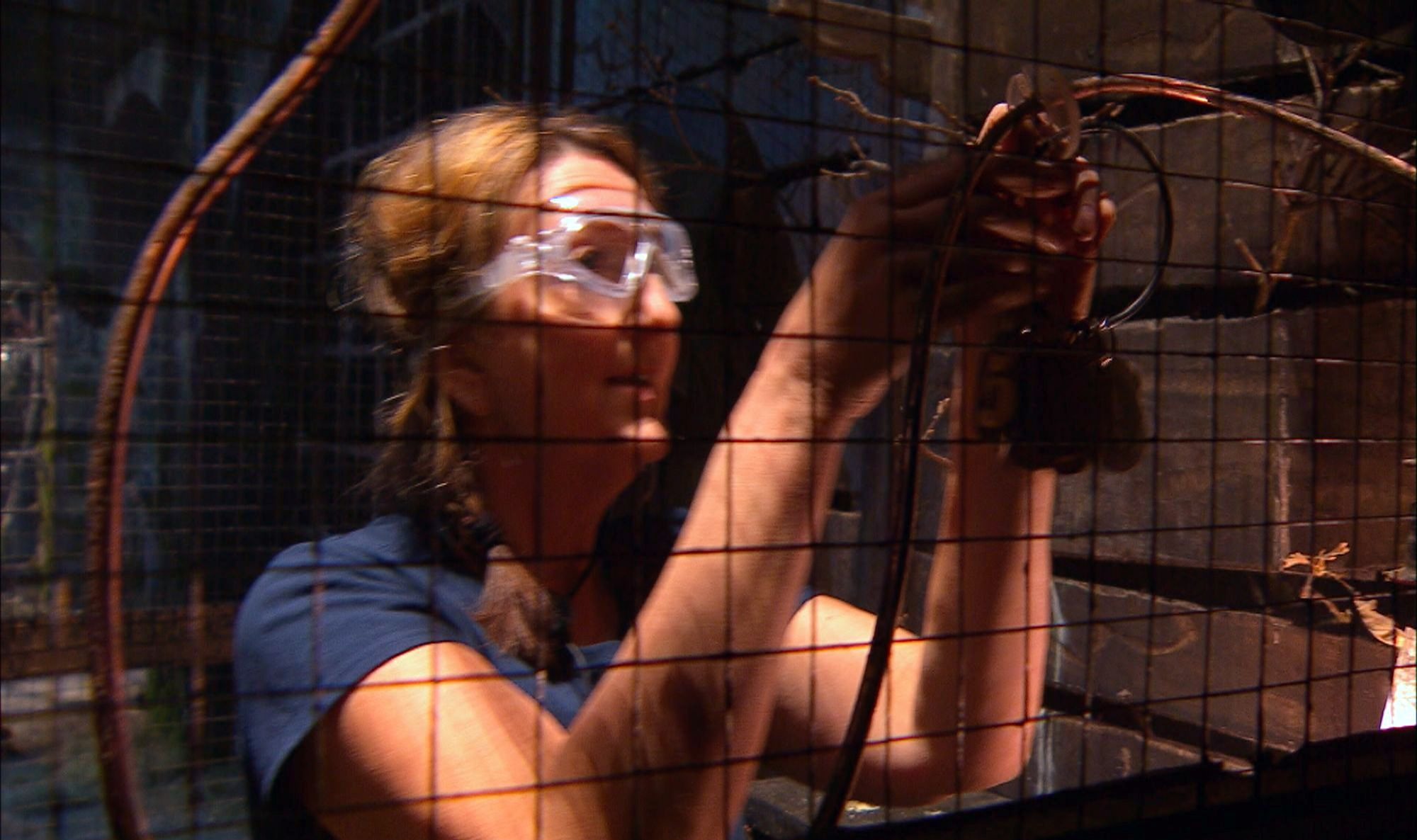 Victoria Derbyshire was mocked for being too slowCredit: Rex Features

In the end, she got nine stars and Ant teased: “You were very slow”, while Dec added: “Methodical”.

After the trial VT ended, Ant and Dec couldn’t help but mock Victoria’s slow pace again, with Dec saying: “She was so slow, the skeleton was alive when she started.”