Throughout season 14 of RuPaul’s Drag Race, fans have been desperately waiting for Snatch Game to arrive, a challenge that always promises tomfoolery and hysterical laughter galore.

However, on the latest episode of the show, the fans and judges were left sorely disappointed by the celebrity impersonations, as Michelle Visage admitted that she was ‘speechless’ by what she had witnessed.

Following last week’s double save, when Jasmine Kennedie and Jorgeous ended up in the bottom two, the remaining eight queens were all feeling like strong contenders going into the next stage of the competition.

Snatch Game appeared as though it would be a hilarious affair, with characters chosen by the queens for their impressions including the likes of Ozzy Osbourne, former US secretary of education Betsy DeVos, Gwyneth Paltrow and a Joanna Lumley-inspired William Shakespeare.

The only queen who really managed to score laughs was DeJa Skye as Lil Jon, thanks to her uncanny imitation of the way the rapper says “Yeah!”, which she repeated on several occasions, much to the amusement of head judge RuPaul.

When the time for the runway came around, Michelle began the judges’ critiques by explaining that she was opening up an ‘investigation’ into what went so terribly wrong during Snatch Game, which is usually one of the highlights of the show. 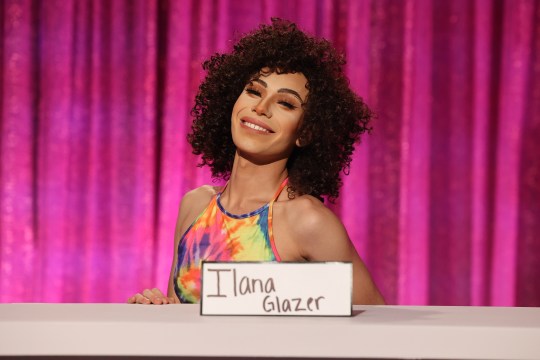 Jorgeous admitted that she got in her own head when trying to impersonate Broad City’s Ilana Glazer (Picture: VH1/WOW Presents Plus)

‘I just want to say throughout this competition you girls have performed amazingly well and I know personally what you can live up to, and I’m just kind of speechless with this Snatch Game,’ she said.

‘I don’t know where everybody went! So I’m not here to shame, I’m here to investigate and find out what had happened.’ 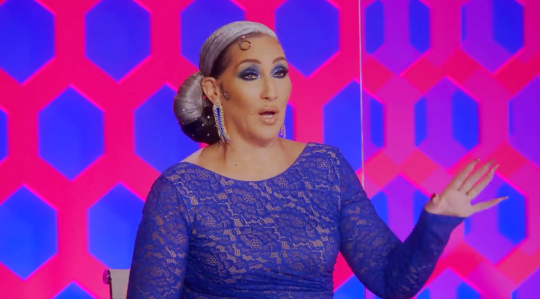 Michelle gave the queens a harsh dressing-down on the runway (Picture: VH1/WOW Presents Plus)

Ru agreed, later joking: ‘This episode is called: “Who killed Snatch Game?”’, while Michelle reiterated: ‘This Snatch Game was so shocking.’

Viewers also voiced the same view, with many expressing their disbelief that a Snatch Game could be so unfunny.

‘This was the most disappointing Snatch Game ever,’ one person tweeted, while another said: ‘Hahaha wow that Snatch Game was NOT it.’

‘Girl this Snatch Game is rouuuuugh,’ someone else remarked, as another added: ‘Gurl. That Snatch Game will go down in #herstory for all the wrong reasons.’

The judging on this weekâs #RuPaulsDragRace is equal parts savage and absolutely genius. Howling. Snatch Game week – never seen anything like it.

Man that snatch game was disappointing

While DeJa was named the winner of the week, soaring through to next week’s episode and winning a cash tip of $5,000 (£3,834), the rest of the queens were in for a nasty surprise.

Rather than two queens being placed in the bottom two, all seven of the remaining queens were announced as being at risk of elimination.

That’s not all, as there was no lip sync during this week’s episode – instead, there will be a lip sync smackdown next week, which will determine who will finally be told to sashay away.

Following the unexpectedly disappointing state of Snatch Game, some fans shared their excitement over the lip sync battles, hoping that it could bring the entertainment that this week’s instalment lacked.

‘I feel that I’m gonna be thankful for the trainwreck that was the recent Snatch Game for potentially giving us some of the best lip syncs of the season next week,’ one person tweeted.

‘I’m honestly not mad that they’re all lip syncing, they deserve it for making me sit through that cringeworthy Snatch Game lmao,’ someone else cuttingly wrote.

RuPaul’s Drag Race season 14 is available to watch on WOW Presents Plus.