Ross Noble has been called an ‘a*******’ by his Celebrity Apprentice Australia co-star Camilla Franks after he accused her of ‘gaslighting’.

Fashion designer Camilla spoke to radio station 2Day after tensions rose on the Australian reality show, and she didn’t hold back.

The radio hosts replayed a clip from an interview where Ross spoke about Camilla’s actions in the most recent episode, which saw her clash we her co-stars.

‘I’m not going to slag off anyone in particular, because I’m bigger than that,’ Ross said in the clip. ‘It was good watching it with the kids, though, because it was a good way of explaining what gaslighting is.’

After hearing the clip, Camilla then replied by saying: ‘I don’t want to go into putting people against each other but what I will say is that he is an amazing artist but also an amazing a***hole at times.’

It comes after Camilla left The Veronicas’ Jessica and Lisa Origliasso in tears during Tuesday night’s episode of the Celebrity Apprentice.

The pair didn’t hold back when discussing their time on the show (Picture: Nine) 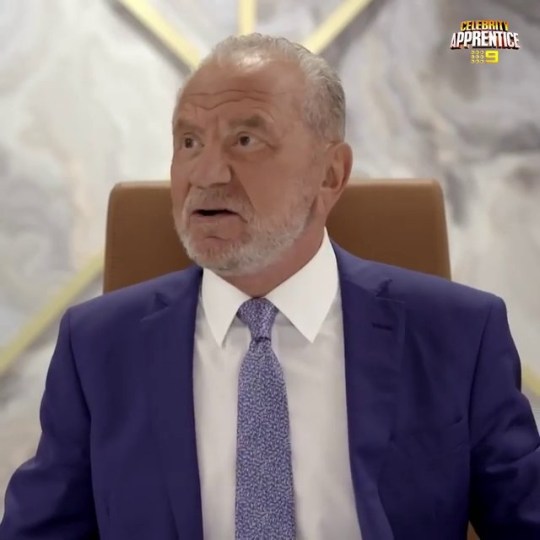 The sisters became emotional after an altercation with Camilla, which saw her black them from using an electrician booked by her team.

‘Where’s the electrician? Where is he? I want to talk to him,’ Jess asked.

Camilla told them: ‘We have made an executive decision because we have two more pieces to get done with our beautiful electrician… We booked him first.’

‘Sorry this has nothing to do with you Camilla. We are asking this man to be good to his word… Maybe keep your integrity and dignity and that might help because I know it’s all fun and games but we are in this for our mum,’ Jess hit back.

She added: ‘I don’t want to keep arguing with you right now. I respect you and love you as a person but this time I would really love a little bit of grace.’

Camilla went on to say after the altercation: ‘I’m really annoyed that they questioned my integrity.’

It comes after host Lord Alan Sugar roasted the new contestants on Celebrity Apprentice Australia in no uncertain terms, telling them he didn’t have a ‘bloody clue’ who any of them were.