Ronan Keating hopes his new album will be ‘a gift’ for the millions of Irish people and descendants living abroad who are missing home.

The former Boyzone star has had an explosive solo career, procuring worldwide fame, multiple UK number ones, and producing 11 studio albums, with a 12th to be released next month.

The Irish singer has been touring the world practically non-stop since the age of 16 and now lives in London, but he has never lost his connection to home.

Ronan’s newest album, Songs From Home, is a collection of covers of Irish music, from the classic to the modern, and all of which have a special meaning to the Dubliner.

The singer, 44, spent months separated from his family in Ireland during the pandemic, missing important milestones such as his father’s 80th birthday, and his family missing the birth of Ronan’s daughter Coco, who was born just four days into the first lockdown in March 2020. 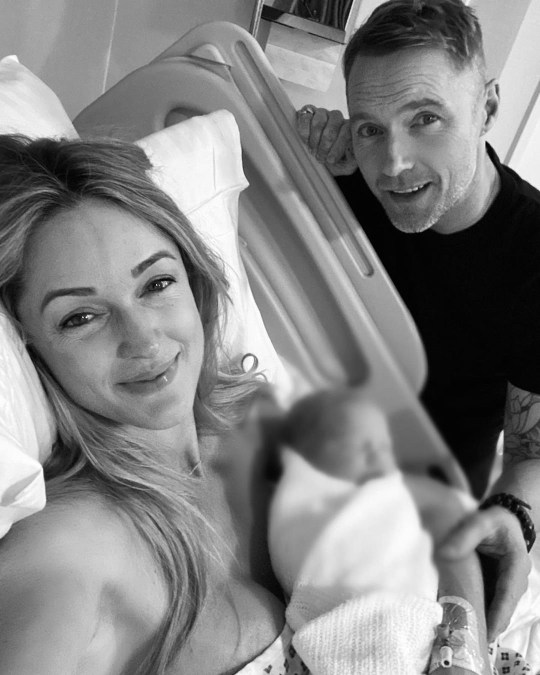 Ronan and Storm’s daughter, Coco Knox, was born at the very beginning of lockdown in 2020 (Picture: Instagram @rokeating)

It was this pining for and disconnection from home, he says, that inspired him to release an album of Irish cover songs, to ‘immerse myself’ in the music and culture of home.

‘It meant the world to me’, Ronan admits. ‘It felt like being at home again.’

This sense of connection is exactly what Ronan hopes the people of Ireland, particularly those abroad, experience when they listen to Songs From Home. 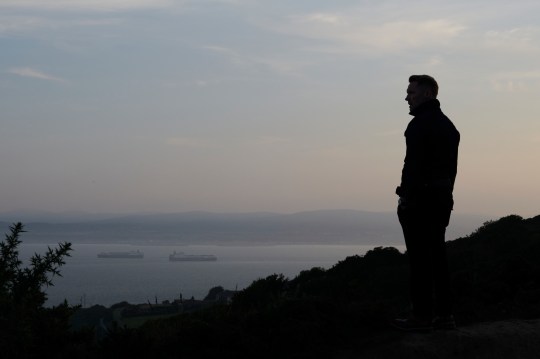 Ronan hopes Songs From Home will be ‘a gift’ for Irish people who feel disconnected from home (Picture: Universal Music Group)

‘There are 75 million Irish descendants living in America. ‘ Ronan says. ‘For these people music is the bridge, the connection to home.

‘I hope this album brings them some bit of joy or comfort and make them feel like they’re back home again.

The album’s lead single is a haunting cover of The Blower’s Daughter, originally by Damien Rice, and features Ronan’s wife, Storm Keating, on backing vocals.

The finished product represents ‘one of my proudest moments’, Ronan says, and to collaborate with his wife on the hopelessly romantic song ‘was very special’.

‘She sang so beautifully in it,’ Ronan says. ‘I am in awe of that woman.’

Songs From Home contains multiple world-famous Irish classics such as Raglan Road and the Parting Glass, and Ronan admits he was ‘kind of scared going near them’ at first.

‘But at the same time,’ he says, ‘this generation might not know these songs very well, so I said I’d try make them my own and introduce them to this generation somewhat.

Ronan was thrust into the spotlight at the age of 16 when Louis Walsh formed the hugely successful Boyzone in 1993.

He, along with bandmates Stephen Gately, Mikey Graham, Keith Duffy and Shane Lynch, became international pop stars almost overnight, going on to sell over 35 million albums and stacking up six number ones on the UK single’s charts. 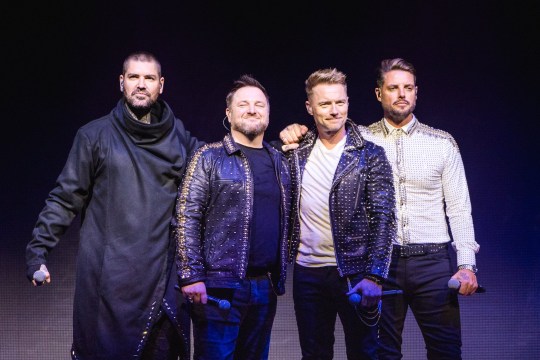 Boyzone have regularly regrouped for landmark tours, most recently for a final farewell tour in 2018 – 2019. (Picture: WireImage)

Ronan’s equally impressive solo career took off just as fast, with his first single, Nothing At All, being featured on the Notting Hill film soundtrack and rocketing straight to number one on the charts, where it sat for two solid weeks.

The Life Is A Rollercoaster hitmaker has also worked as a judge and mentor on The Voice and on The X Factor, producing two winning acts, Atliyan Childs and Marlisa Punzalan.

In 2001, in memory of his mother, Ronan and his relatives founded the Marie Keating Foundation, which is now one of the biggest cancer charities in Ireland.

In January next year, Ronan will embark on a tour across the UK and Ireland to promote Songs From Home and his 2020 album Twenty Twenty.

Ronan’s 12th studio album, Songs From Home, will be released on 12 November.