Roman Kemp has revealed that he felt ‘almost selfish’ for the amount of benefit he got personally from his upcoming documentary about male suicide following the death of his best friend Joe Lyons.

The radio presenter, 28, revealed on The One Show that speaking to other families who had been affected by male suicide, and even survivors, helped him cope with his own grief after his producer died in August last year.

Roman revealed that he had had no inkling that Joe, 31, was struggling, explaining: ‘If you had lined up 20 people that I’d have thought were maybe suffering mentally, he would have been the last person.

‘He was the happiest person, putting everybody ahead of him and it just ripped my whole life apart and I could not understand it and I didn’t know what had happened.’

Friends and family had worried that Roman was making the documentary too soon after the devastating loss, but he says he wanted to ‘do something for Joe and his family’ in his memory.

Roman explained: ‘Essentially what we’ve made, what you’re seeing is my therapy on this show and I’m extremely grateful to have been able to have made it because you meet some really inspirational people throughout this doc. 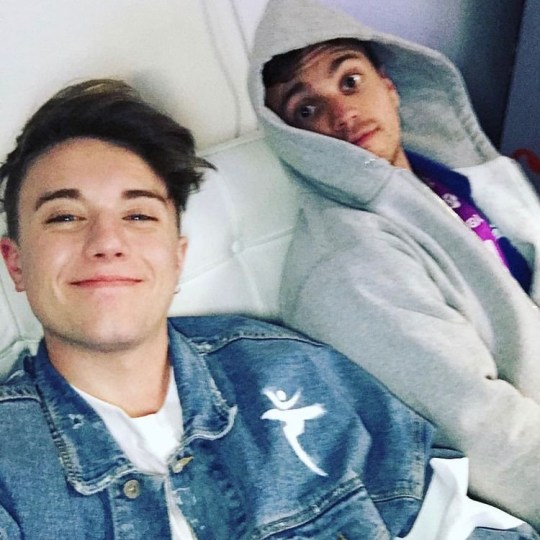 Roman Kemp has made the documentary in honour of Joe Lyons (Picture: Instagram/romankemp)

‘Not just people who have lost friends to suicide, I’ve also gone out and met people that have attempted to take their own life and it’s an extremely tough thing.’

Roman admitted that making the film helped him to process and understand what had happened.

He added: ‘But like I say, almost selfishly I got so much out of it personally, there were times when I forgot that we were even filming.’