IT’S game, set and match for Rochelle Humes and Ashley Roberts as they wear co-ordinating outfits at Wimbledon.

Rochelle wore a white suit with a lace blouse at WImbledonCredit: Paul Edwards / The Sun 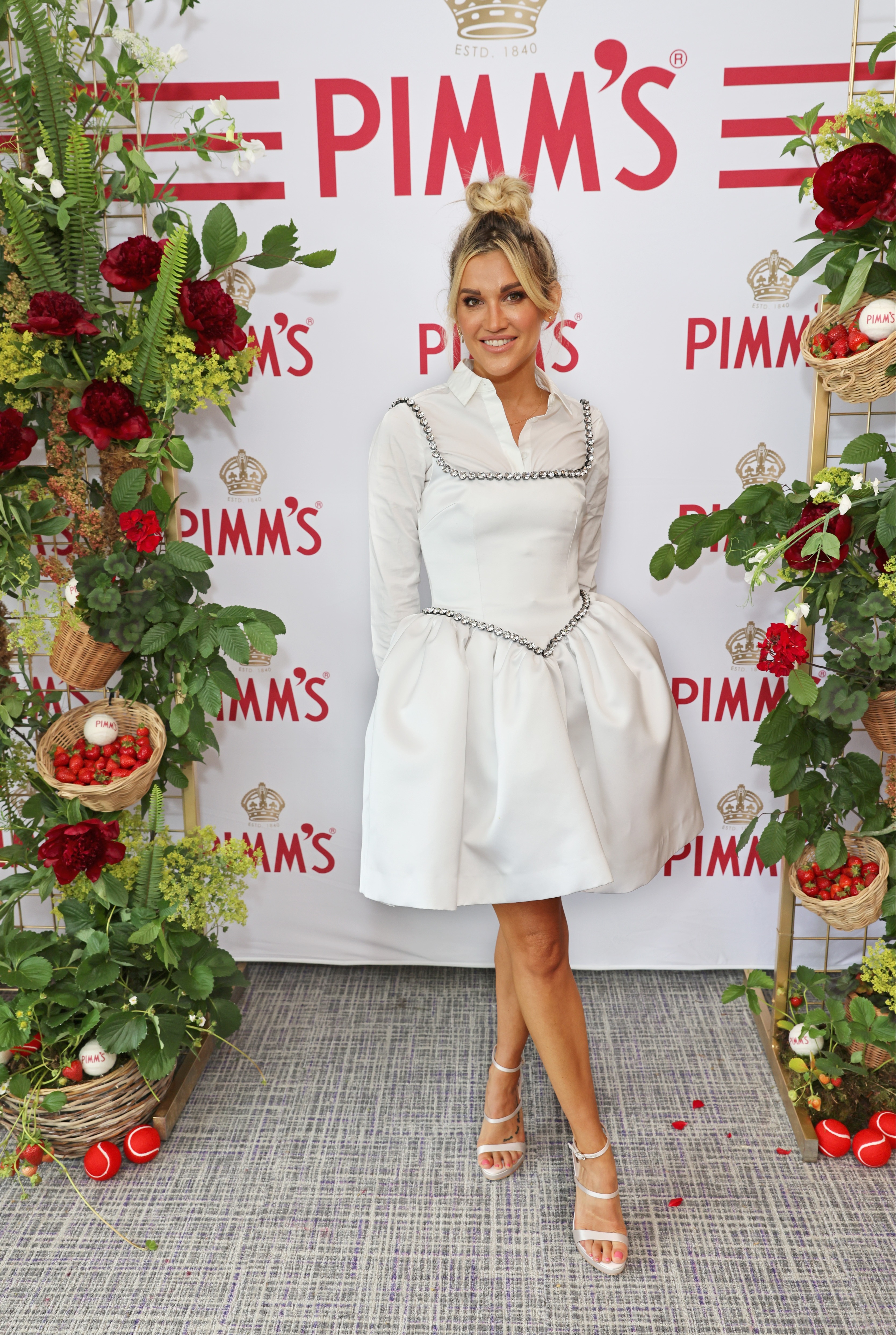 The ladies were seen swigging from cans of Pimms and laughing as they sat back to watch the day’s action yesterday, including Roger Federer taking on Richard Gasquet, women’s Australian number one Ashleigh Barty, 17-year-old teenage sensation Coco Gauff and Aussie men’s hitter Nick Kyrios.

Other guests with Rochelle and Ashley at the championships included pop star Ella Eyre, 27, and adventurer Bear Grylls, 47.

The Saturdays singer wanted to avoid her daughter getting trolled by online bullies, the Mirror reported. 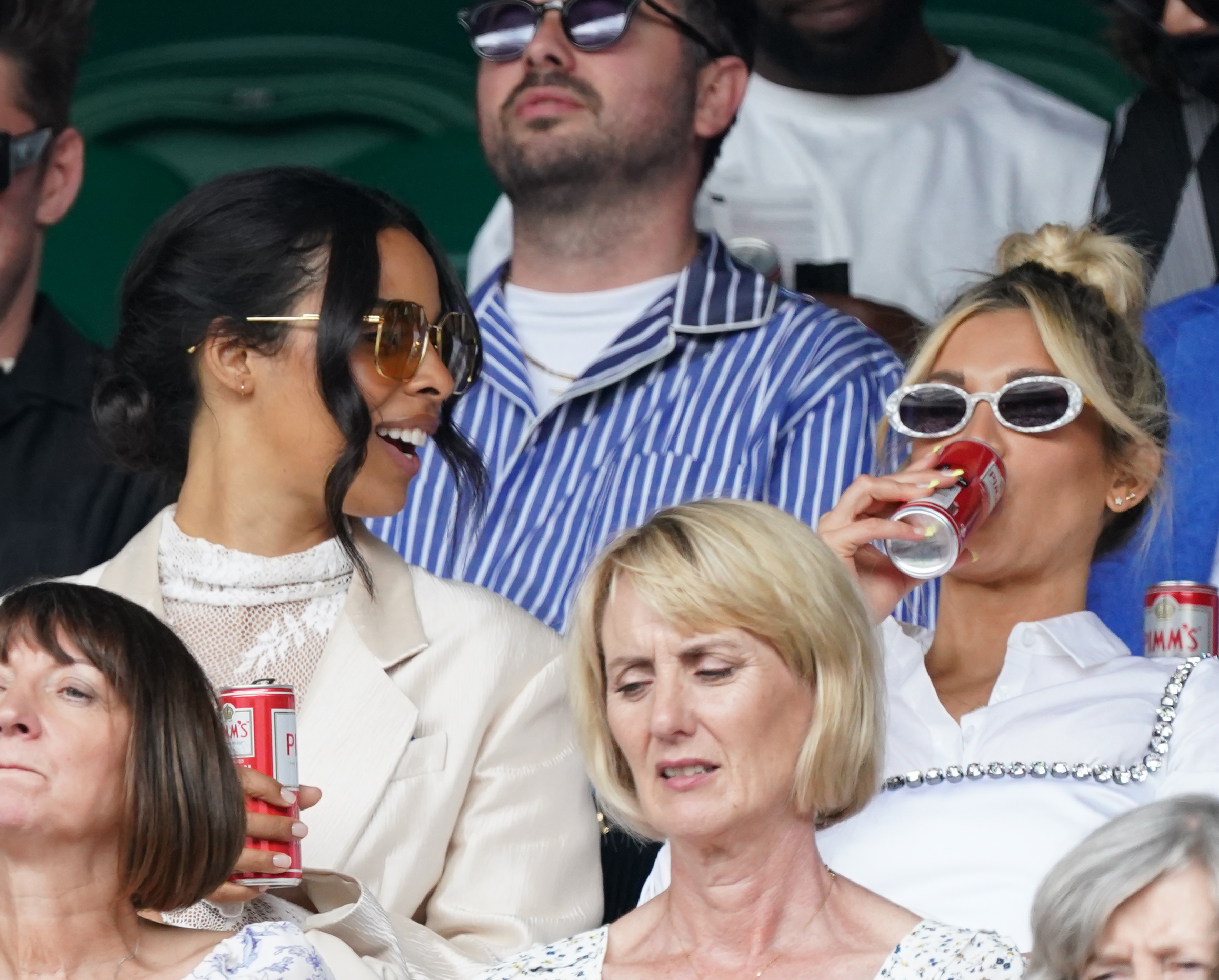 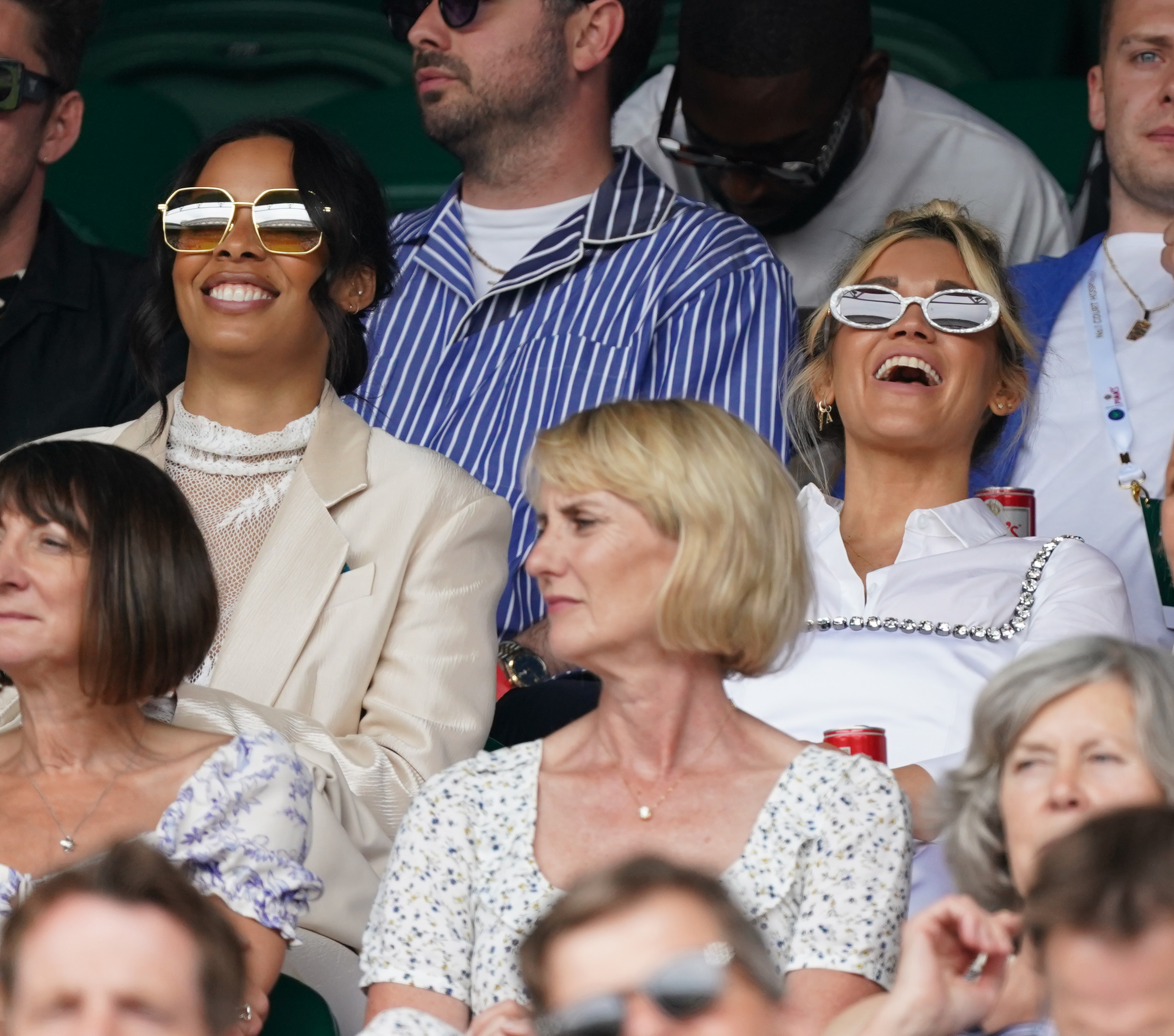 The pair laughed as they sat back to watch the day’s actionCredit: Paul Edwards / The Sun

Meanwhile Ashley Roberts revealed as lockdown eases and her 40th birthday approaches, she is ready to get back out there and find Mr Right.

She said: “I’ve been really good at being driven and taking care of myself, and I would like for someone to come in and support me.

“Not financially, and not that I need a man to take care of me, but I would like to share my life with someone whose company I enjoy and who supports me.” 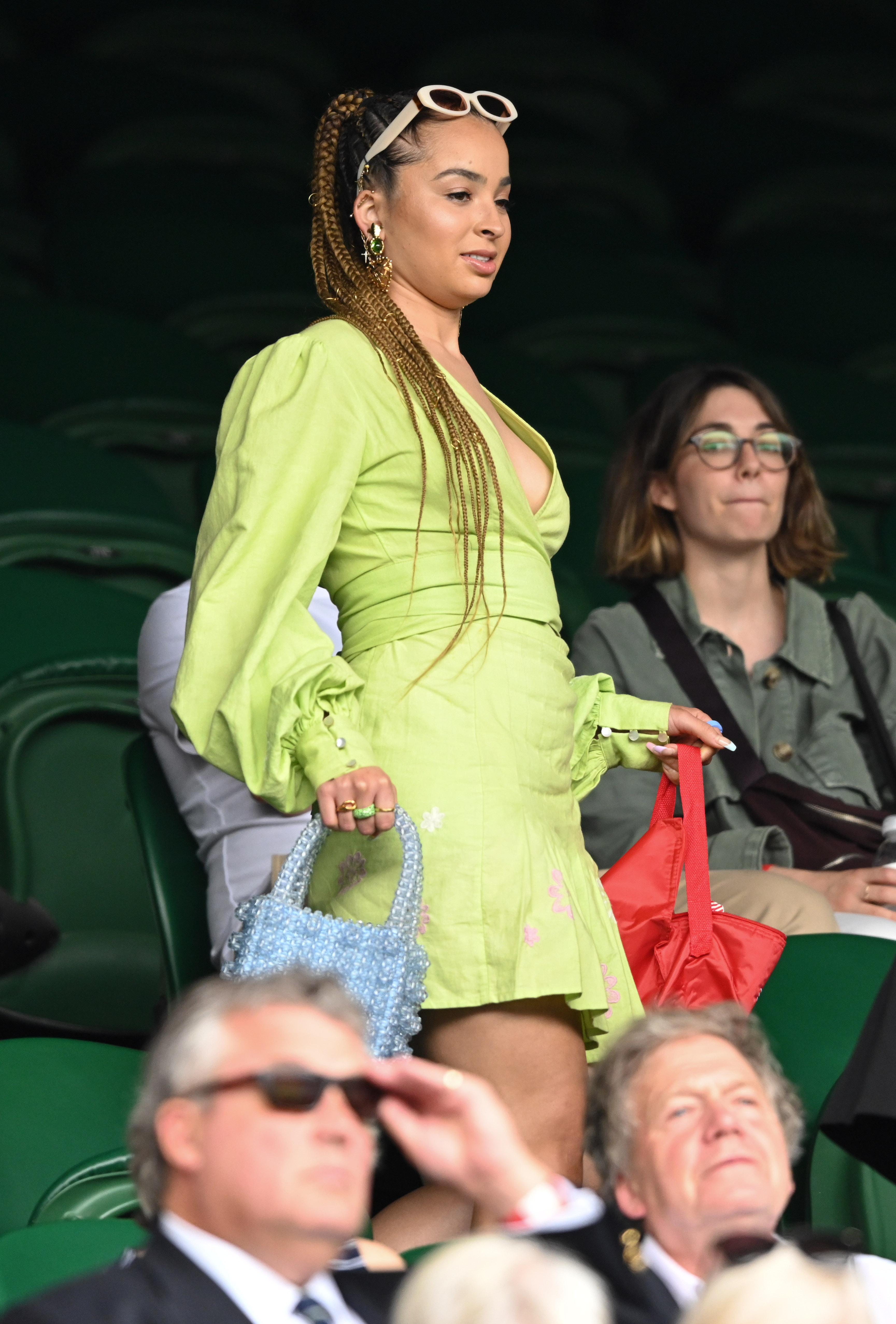 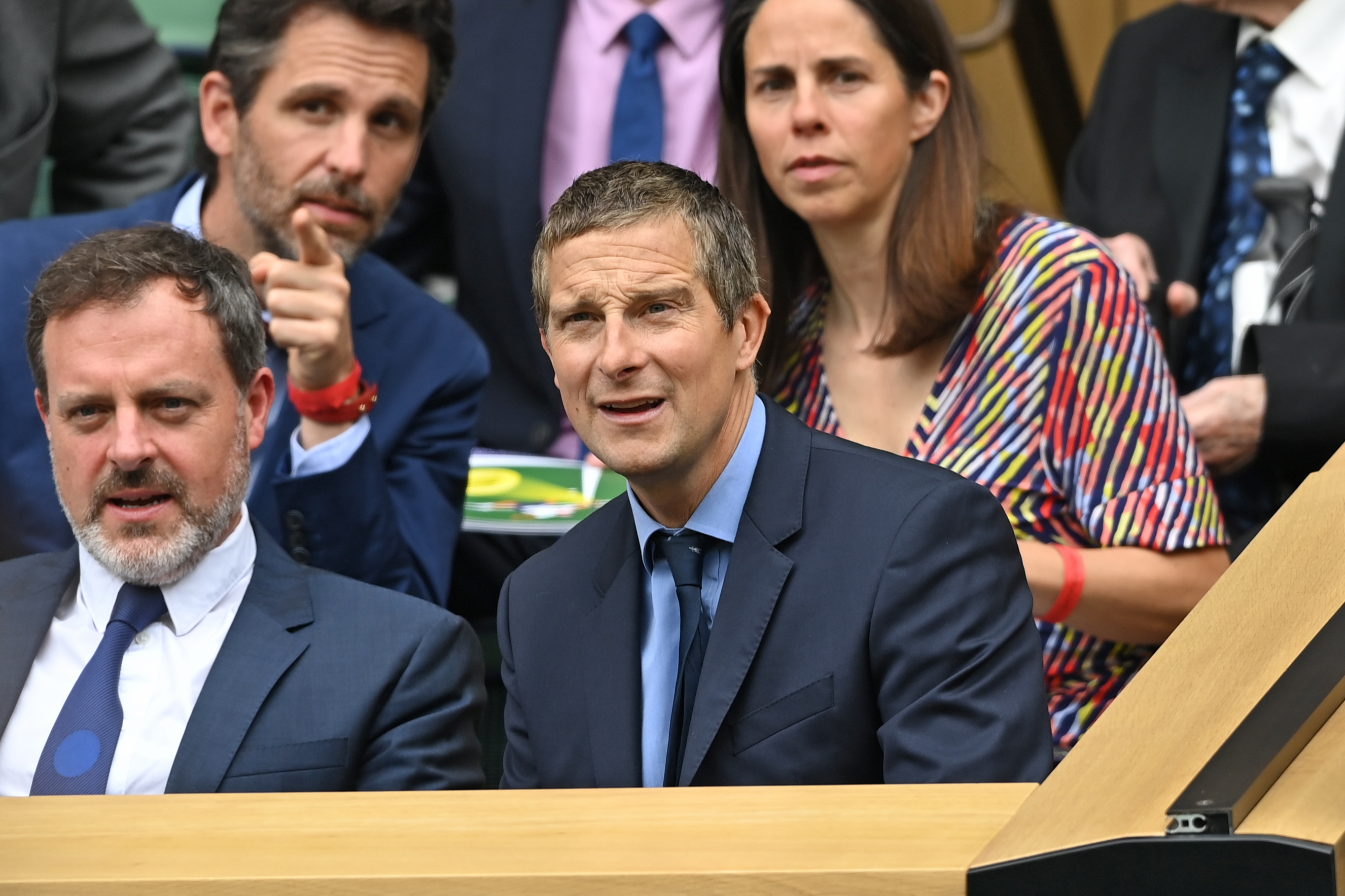 Adventurer Bear Grylls was also spotted in the crowdCredit: Getty