SIZE isn’t everything but it certainly helps, and some male celebs big themselves up more than others.

Kim Kardashian has revealed she chased boyfriend Pete Davidson because of his famous “big d*** energy.”

Kim Kardashian was keen to find out if the rumours are trueCredit: Getty

Pete Davidson has busted the myths from his ex Ariana GrandeCredit: The Mega Agency

In the latest episode of her Hula show, The Kardashians, she said the she was disappointed when he didn’t show up to an afterparty following her appearance on Saturday Night Live, in October, and asked for his number.

“I wasn’t even thinking like, ‘Oh my God, I’m gonna be in a relationship with him.’ ” she said.

“I was just thinking, ‘Heard about this BDE [big d*** energy], need to get out there,” adding she was only after sex.

Despite getting Kim’s hopes up, Saturday Night Live comedian Pete had to insist he’s not big downstairs after ex-fiancee Ariana Grande branded him “huge”. 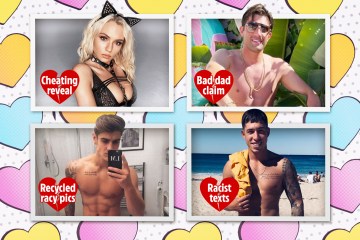 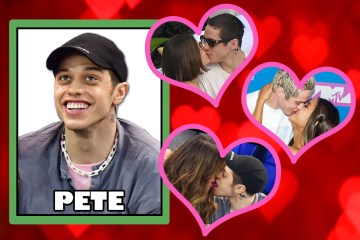 He said: “It’s just simply not true. She has tiny little hands. Everything is f***ing huge to her.

“Why would she tell everyone that I have a huge penis? So that every girl who sees my d*** for the rest of my life is disappointed.”

From Robbie Williams’ wee willy to Danny Dyer’s dong, we find out who’s cock of the walk and who’s a right flop…

The tiny but mighty… 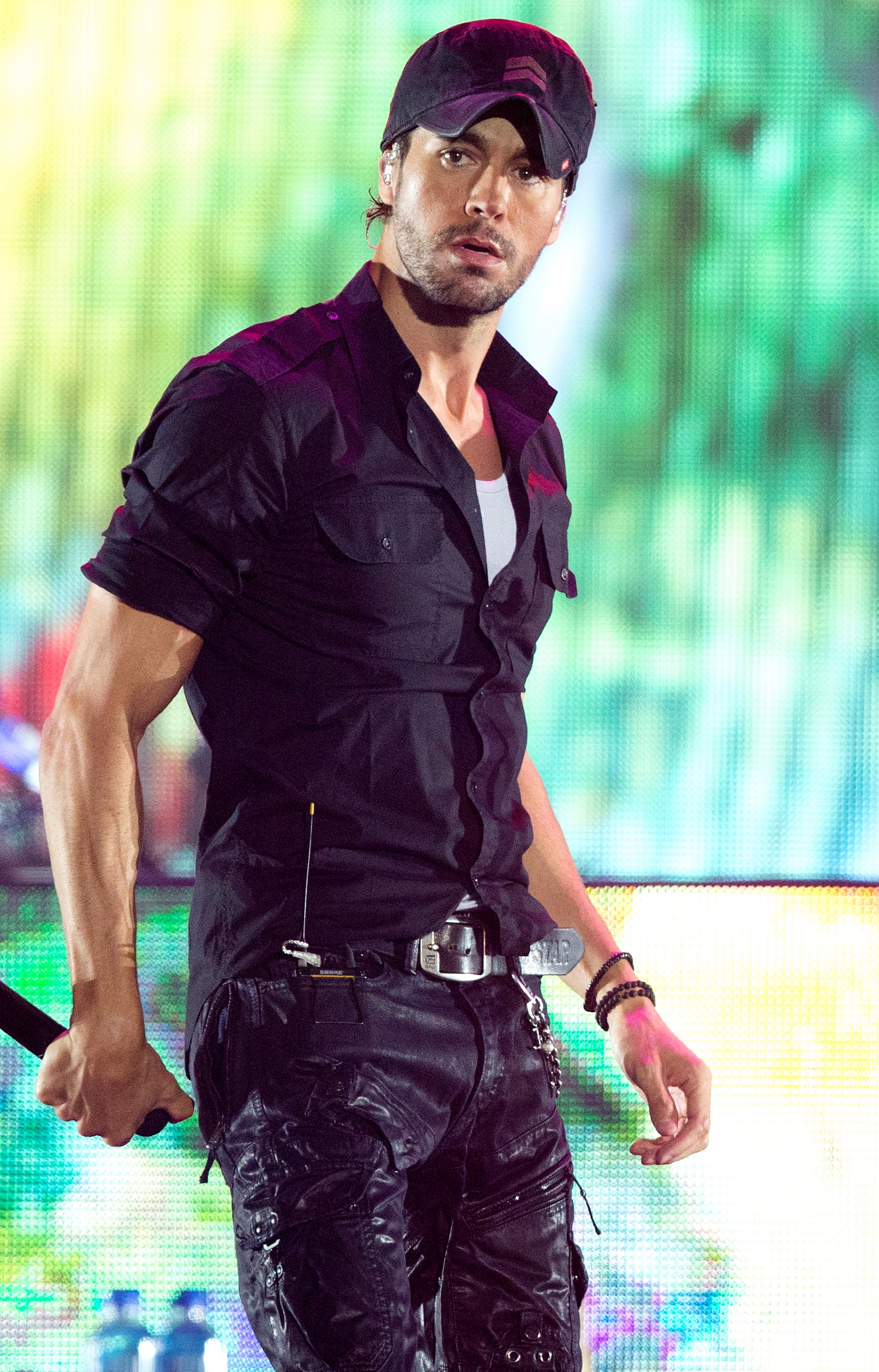 Enrique has admitted his privates are nothing to shout aboutCredit: Getty – Contributor

Latino heartthrob Enrique might have wooed tennis babe Anna Kournikova, but he had to overcome some shortcomings.

On tour in Australia in 2011, he told a crowd: “Maybe I have the Spanish looks, but I have the smallest penis in the world. I’m serious.” 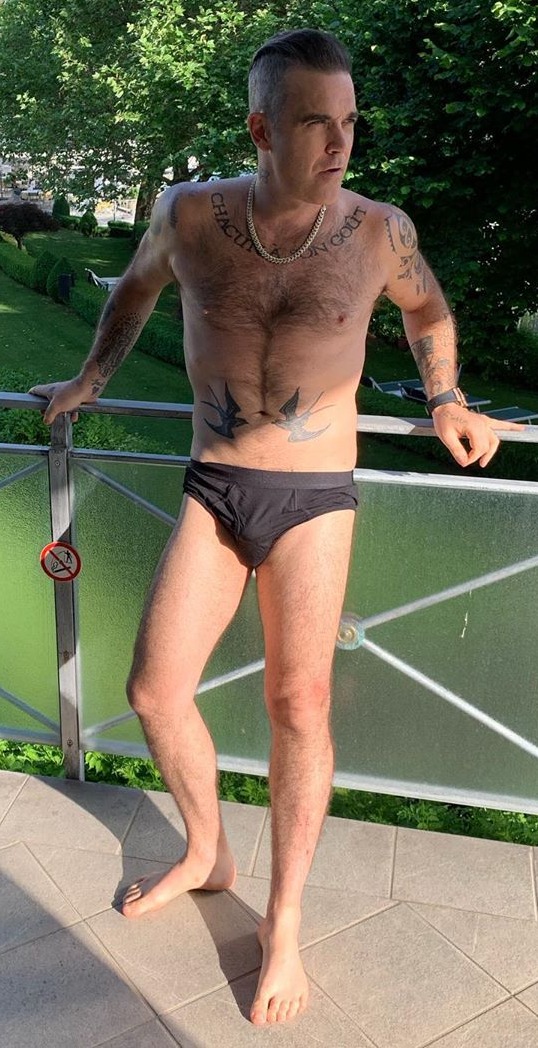 Robbie has been incredibly open about his ‘tackle’ previouslyCredit: Instagram

Although he’s not shy about showing off his tiger pants, Robbie admits that his manhood is holding him back from full frontal nudity.

“It’s not though, it really is quite small! So if I had an extra inch and a half, I’d be a naturist.” 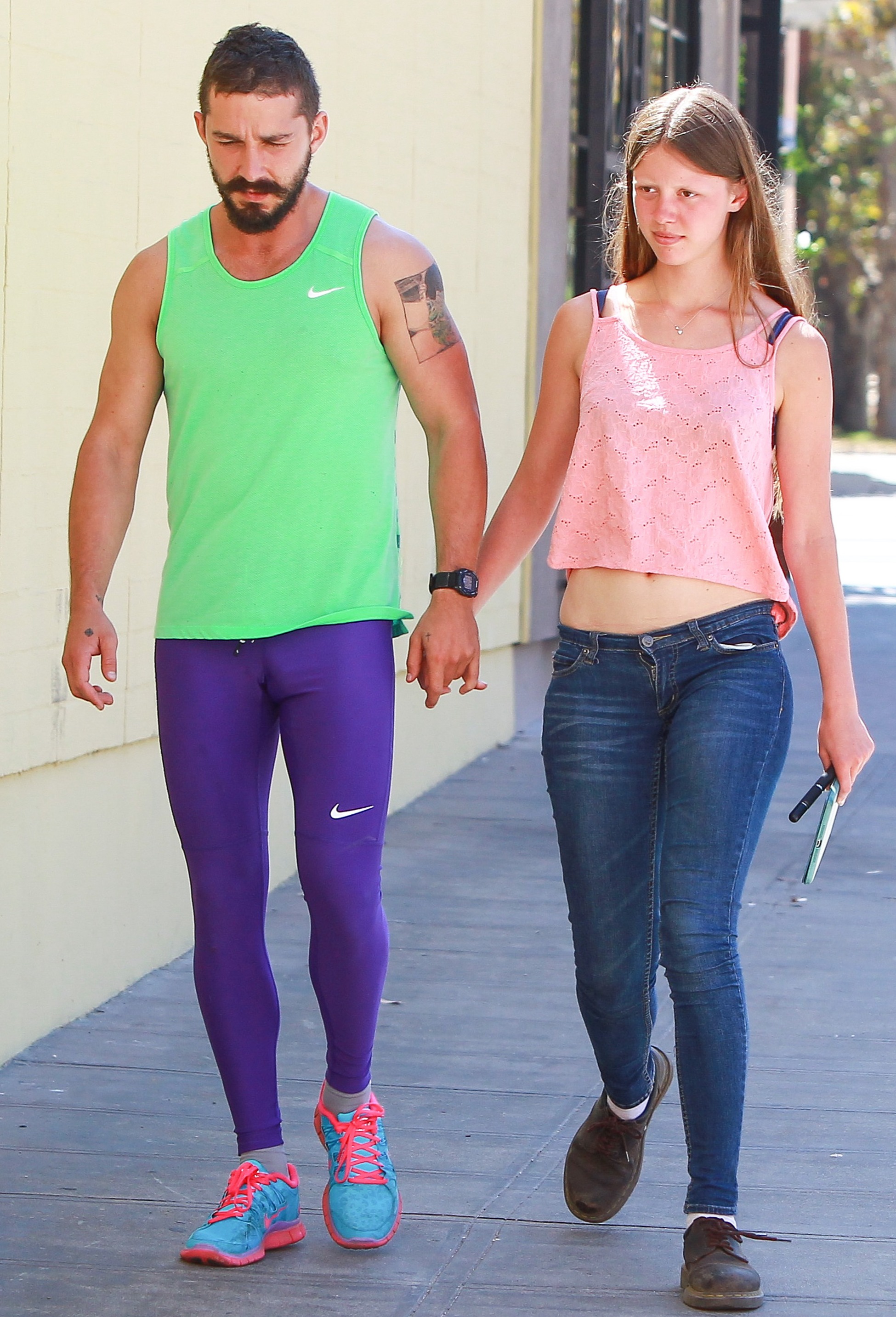 Transformers actor Shia Le Beouf admitted he came up short while trying out some sexy positions in the bedroom. 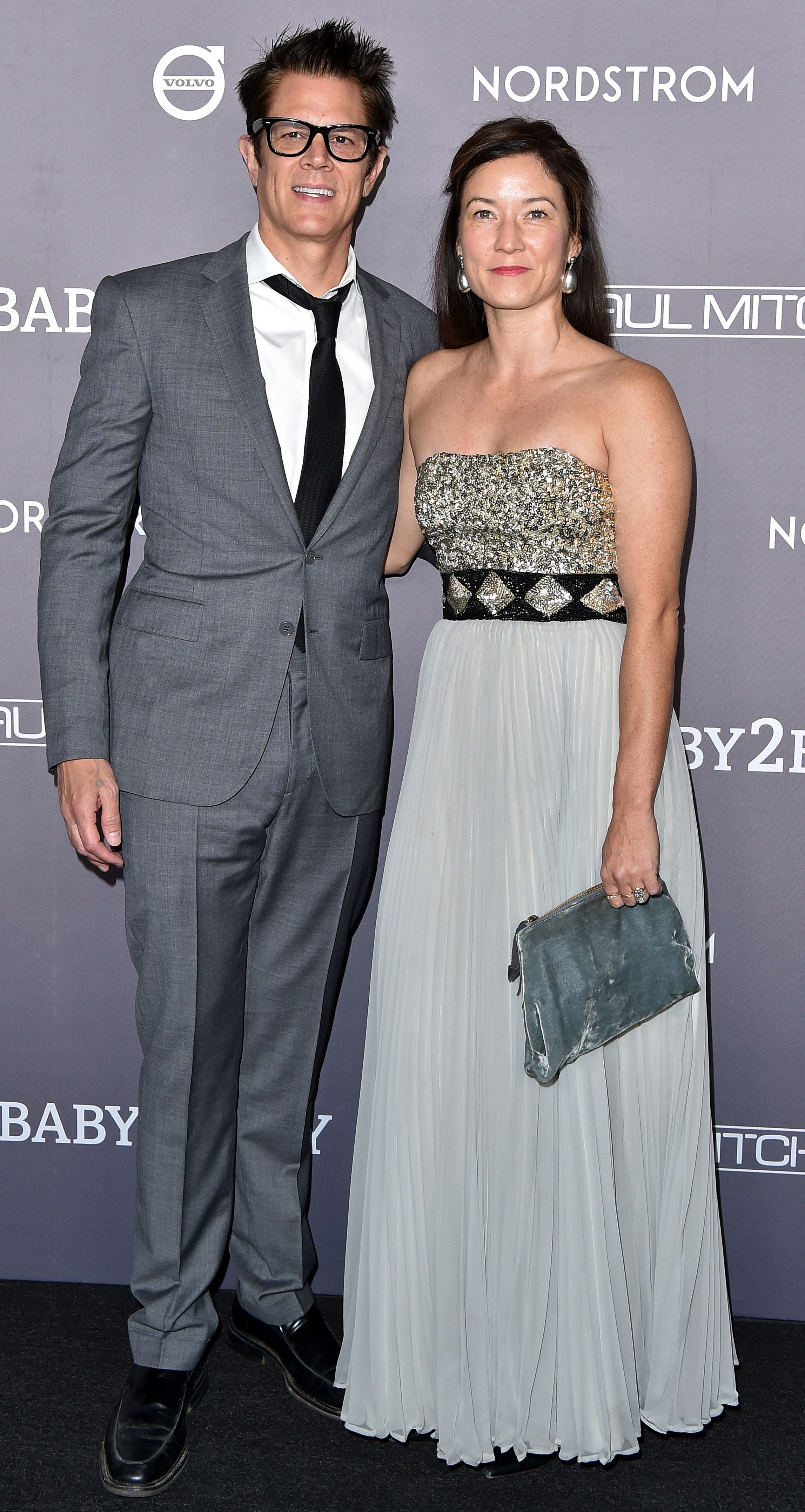 Jackass prankster Johnny Knoxville confessed to being small and proud in a 2005 interview.

He said: “It looks like an egg in a nest. This girl once said to me, ‘Who are you going to satisfy with that little thing?’ I said, ‘Me!’” 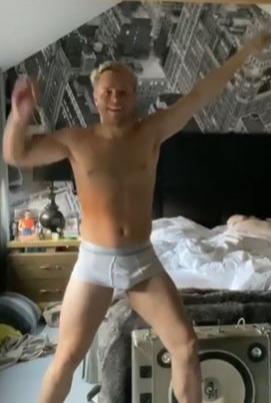 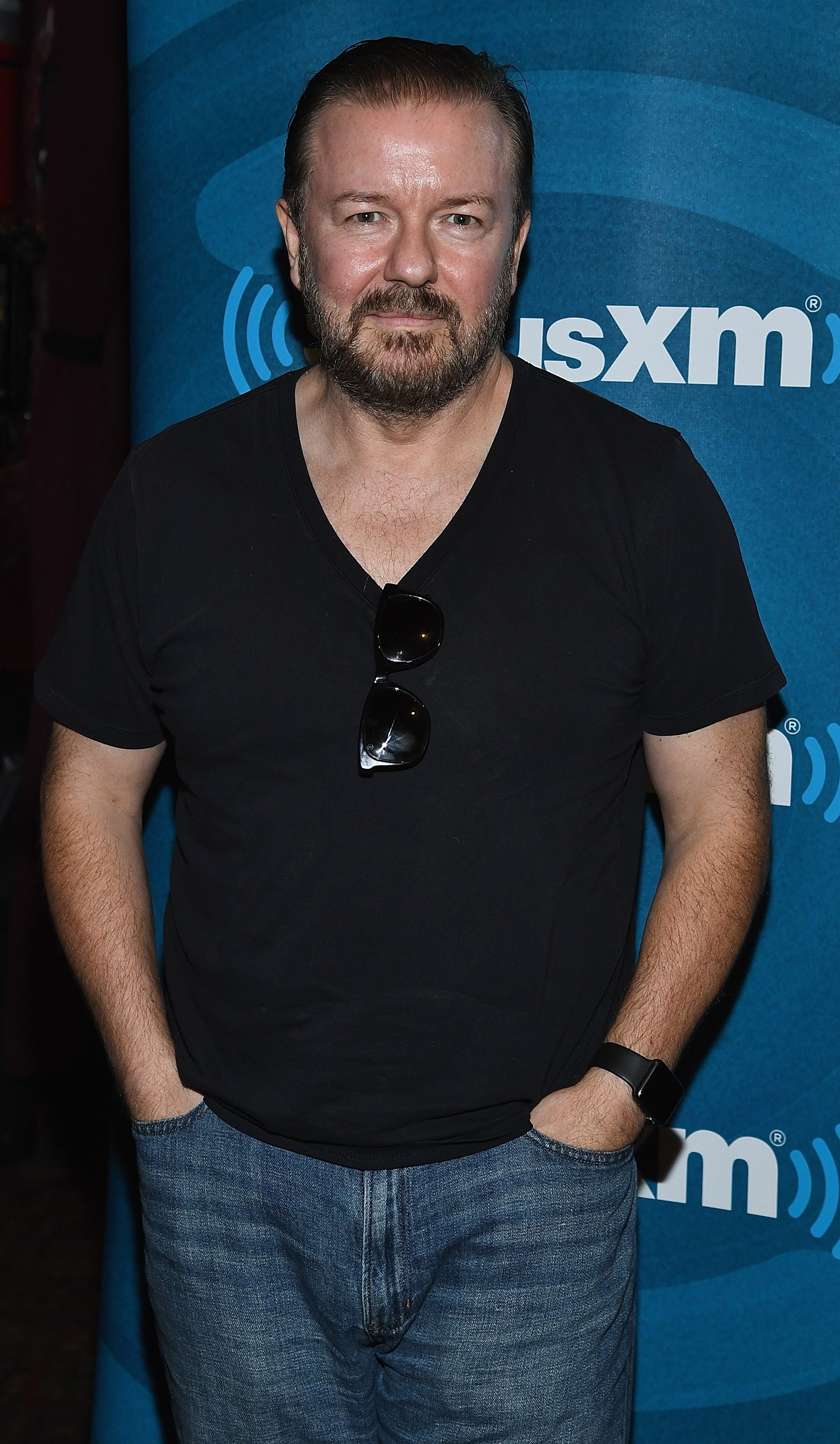 The funnyman confessed he is distinctly mid-sized in the trouser department.

He said: “I’d look weird with a foot long knob wouldn’t I? It’d be ridiculous, also I’d faint if I got an erection as all the blood would be in there. It’s fine, it’s fine, really it’s average.” 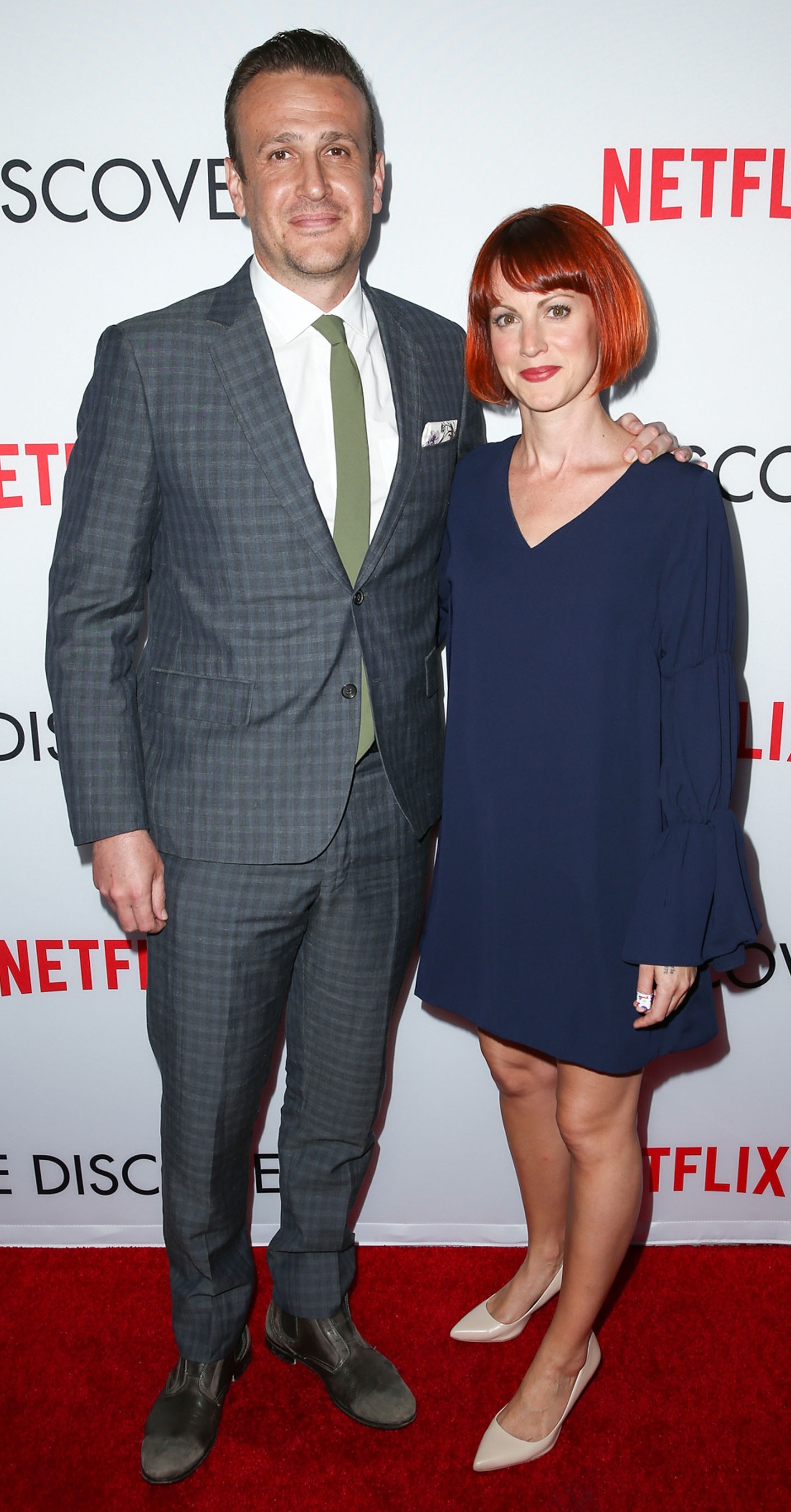 She said: “I want it on the record, okay? It’s a nice d***. Well proportioned. Handsome. I have nothing but good things to say about Jason Segel’s penis.” 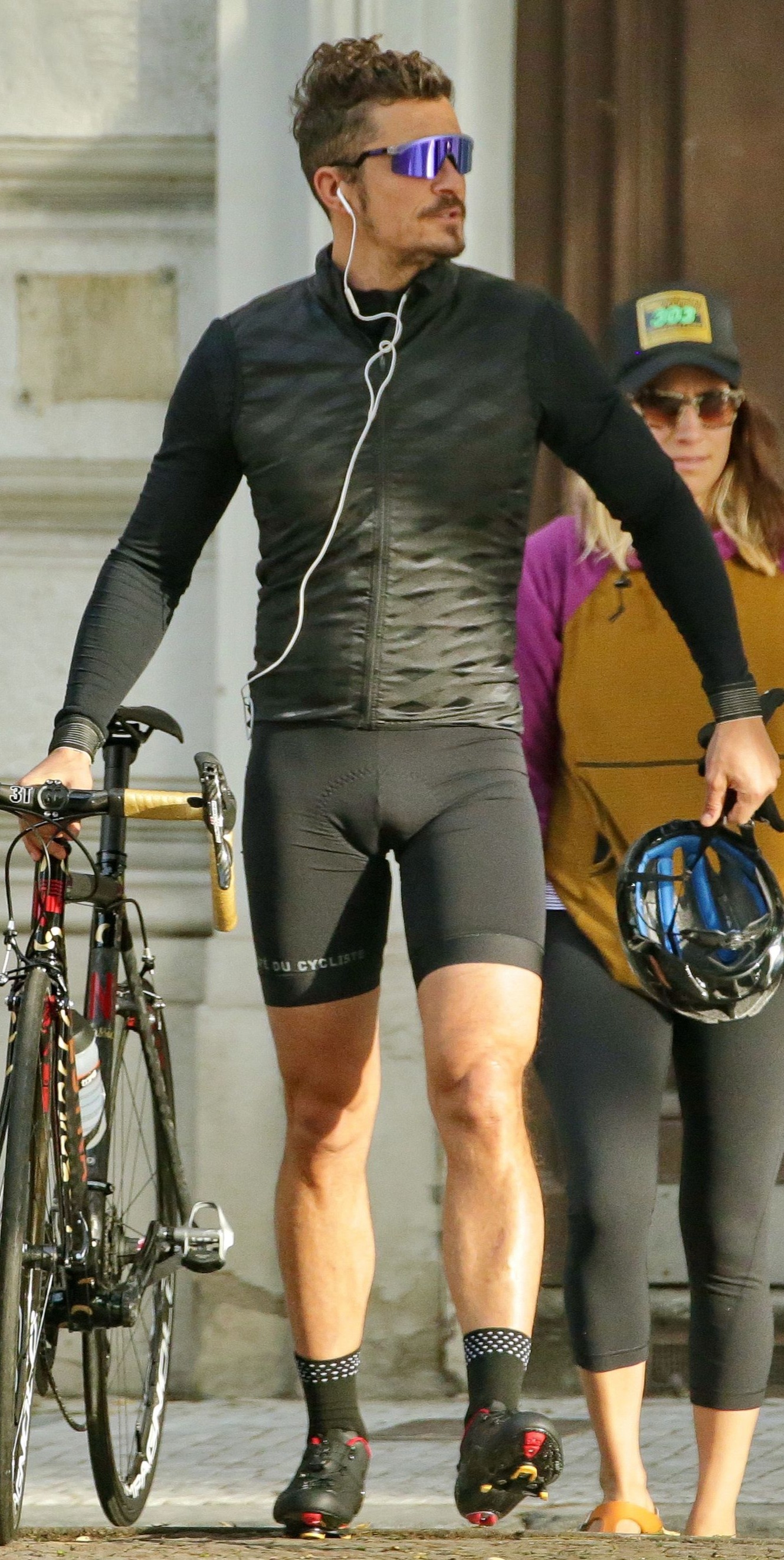 Despite the famous nude pics of Orlando Bloom paddle boarding in 2016, the actor says his length is a trick of the camera:

He said: “It is really not that big. Things are expanded on cameras with a big optical lens. It is an optical illusion.”

Large and in charge 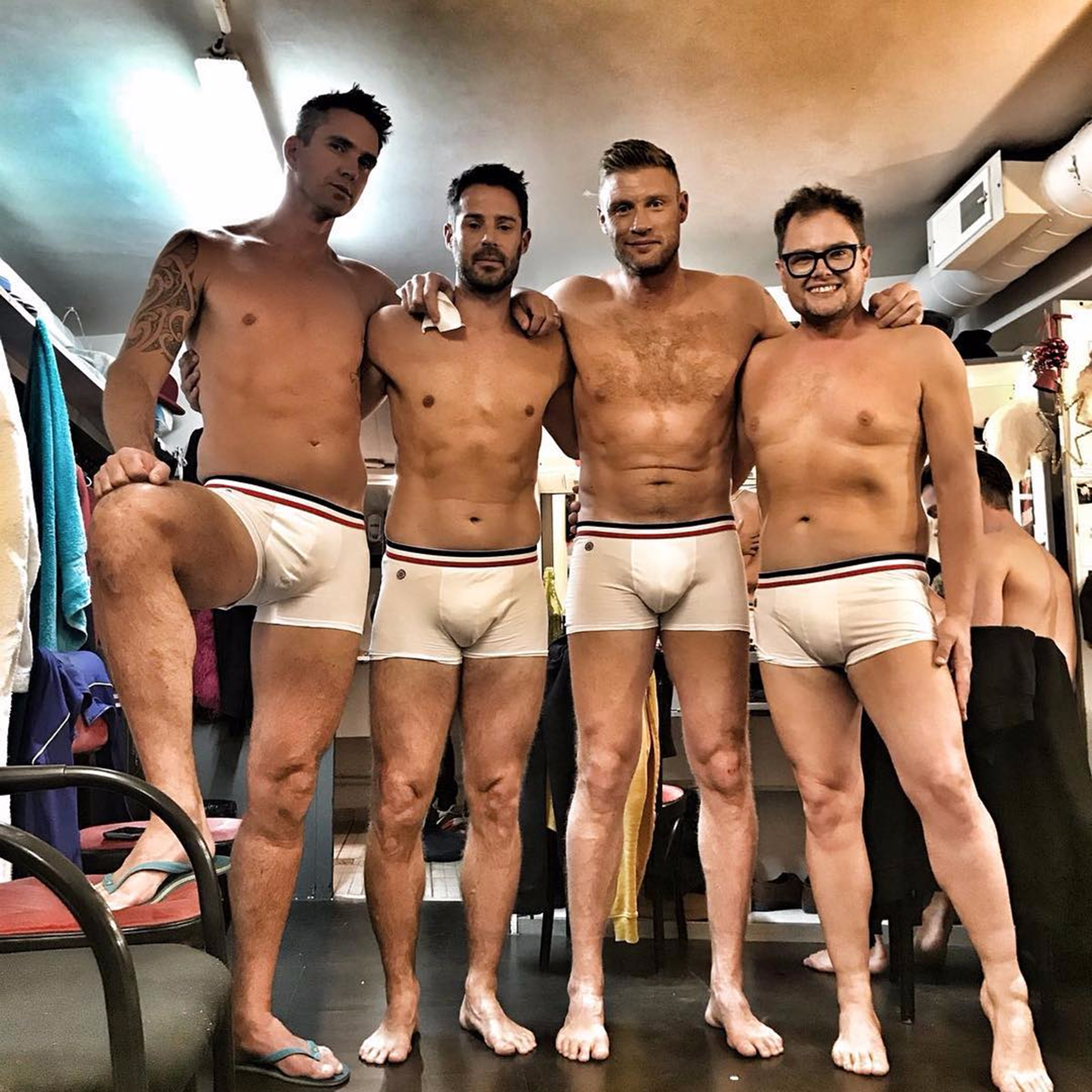 Alan Carr (right) has made an impression in tight pants before

“In a poll recently, women guessed his manhood was about 2½in long. Ladies, you couldn’t be more wrong!” 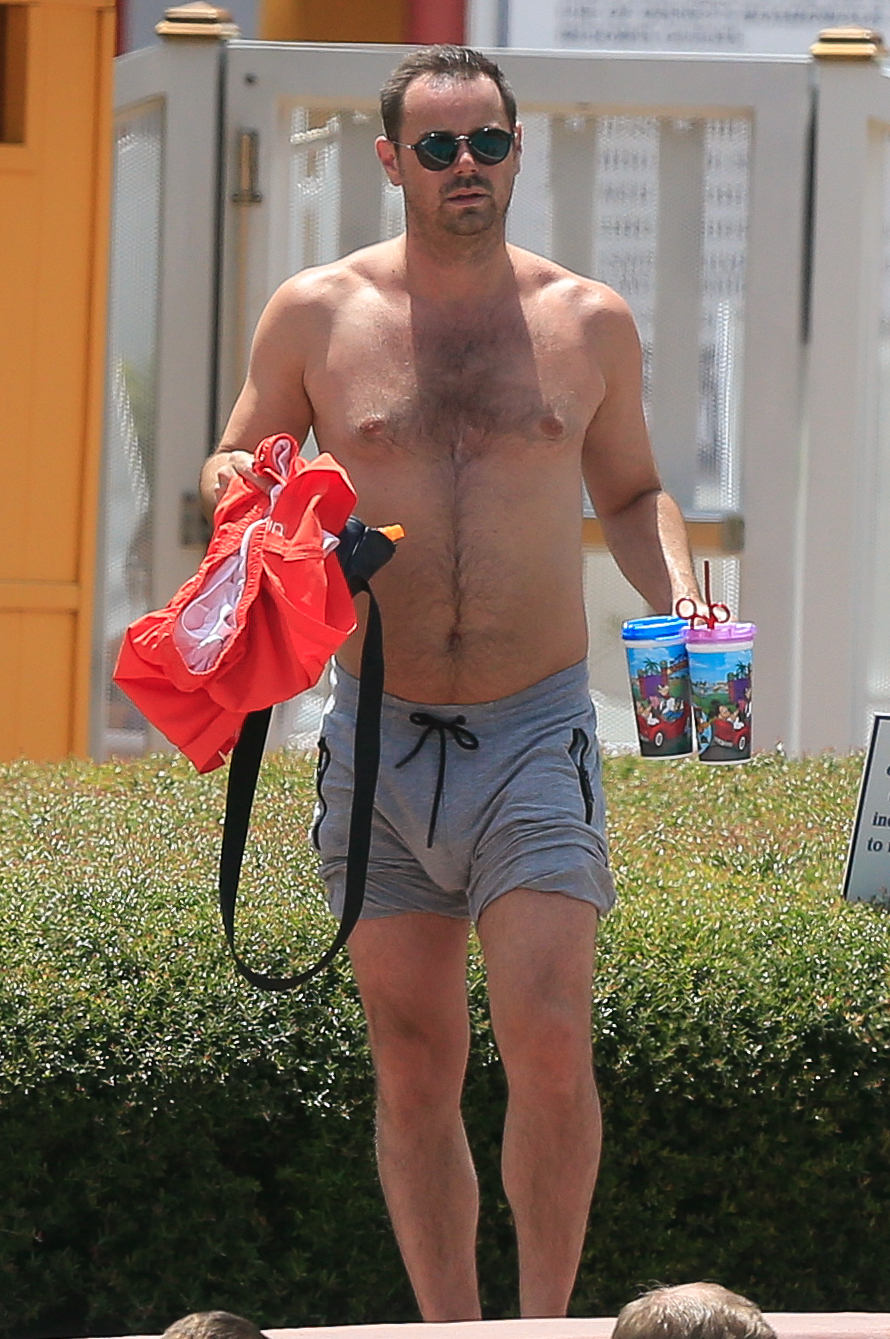 Danny Dyer has shown off practically everything in tight shorts beforeCredit: Splash News

The EastEnders hardman has long been rumoured to pack a big schlong – although ex co-star Danny-Boy Hatchard threw doubts over the claims.

He said: “Everyone’s been going on about Danny Dyer’s massive penis, I’m sure you saw Celebrity Juice when he told everyone he had a massive ballbag.

“I haven’t seen it but I reckon he’s all ballbag. I don’t think there’s a bulge there.” 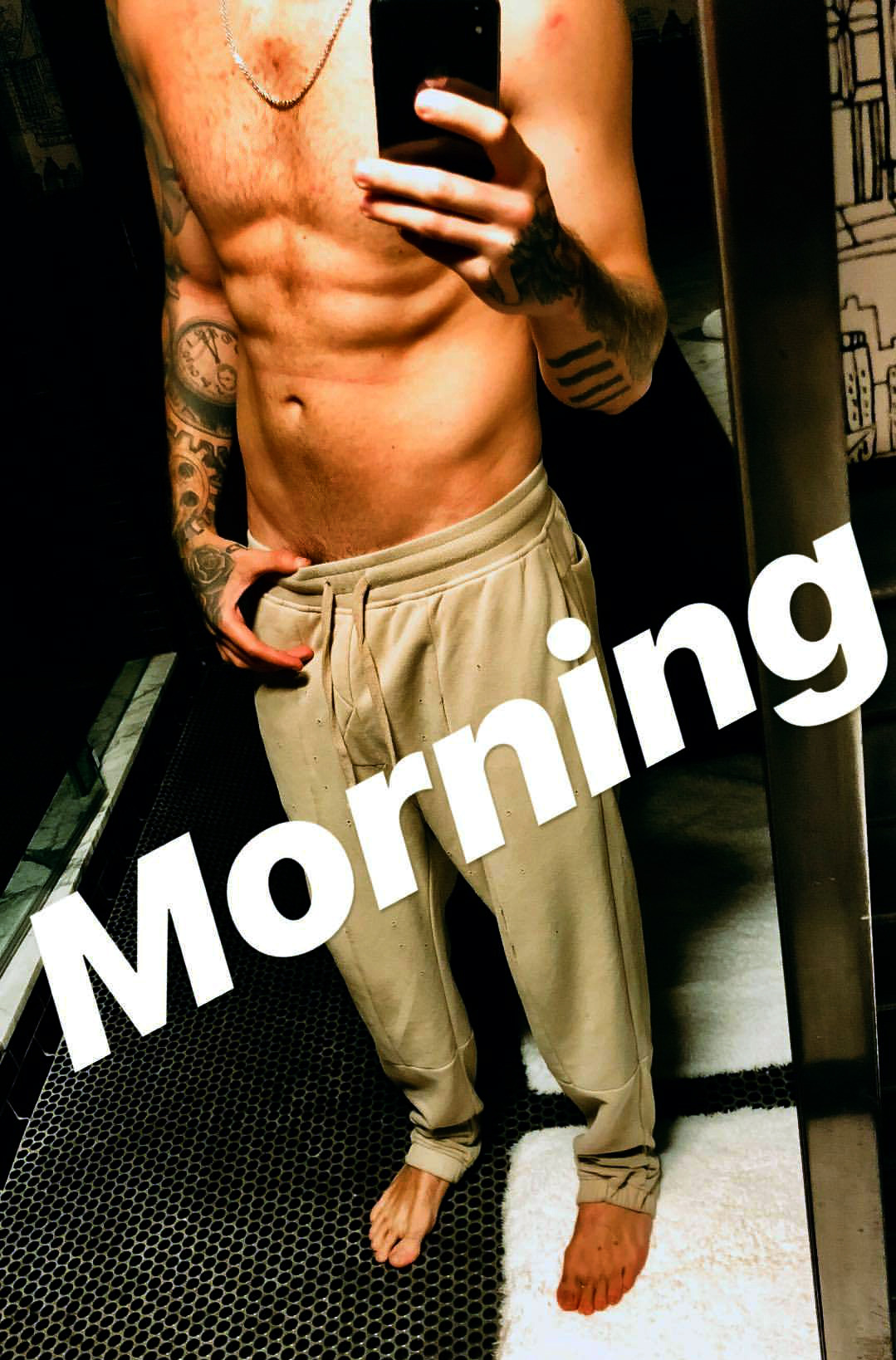 Modest Liam Payne didn’t hold back when asked which member of One Direction was the biggest.

He replied: “I’ll have to say myself.”

The tennis ace made the error after posting the X-ray of his hip surgery in January 2019 – sending fans wild. 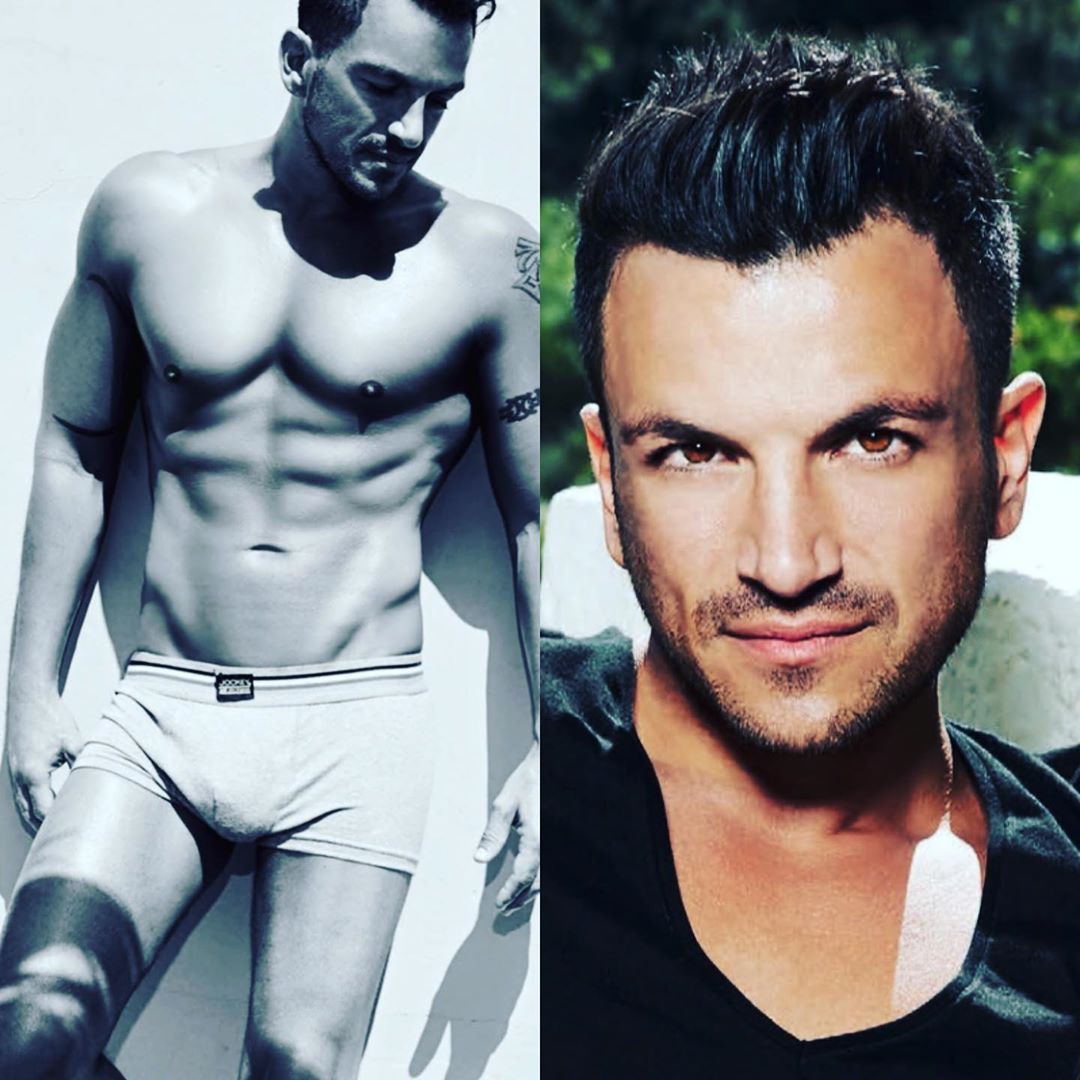 Peter Andre’s size is no mystery thanks to wife EmilyCredit: Instagram

It read: “Peter your MASSIVE HEART is one of the reasons I love you Your MASSIVE WILLY is another”

David Beckham isn’t afraid to leave it all on showCredit: AP:Associated Press

An Aussie DJ confirmed Beckham indeed has goldenballs when he bumped into him at a urinal.

Kyle Sandilands said: “I glanced down to the left and had a look.

“There’s two types of penis. There’s the one that’s the same size all the time and the other one changes in size.

“Let’s just say he looks like he’s got it going on whether it’s happy or not.” 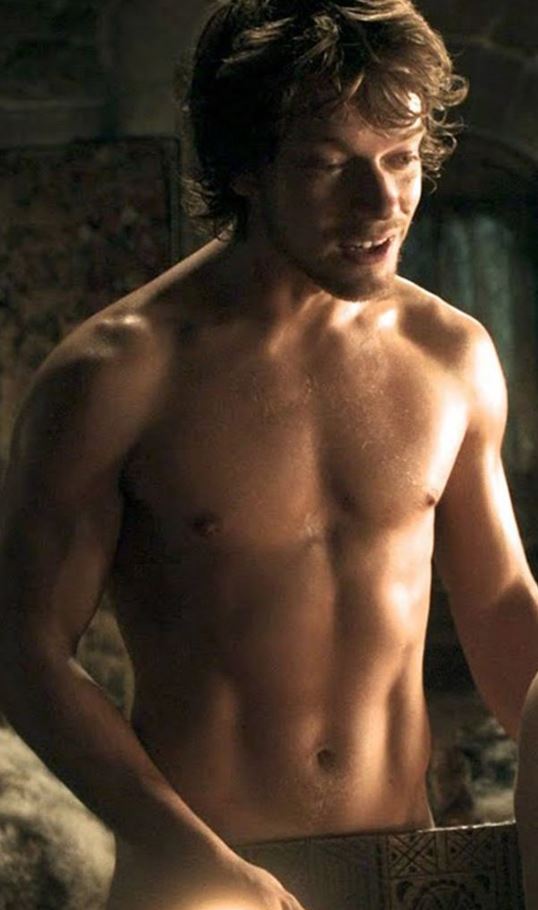 She said: “He’s got a huge penis. When I lived at home, Alfie’s room was opposite the main bathroom.

“Alfie would get up with his morning b***r and come in for a wee while I was in the bath.” 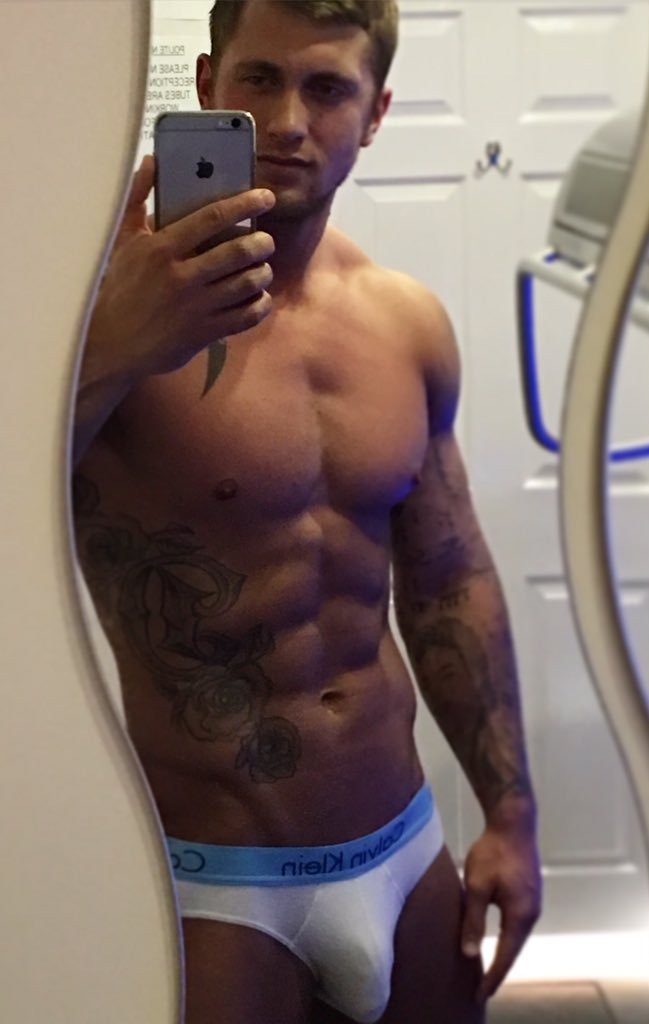 Dan Osborne has boasted about his penis size in the pastCredit: Instagram

Ex-Towie cheater Dan Osborne may have a reputation for being a massive c**k but turns out he has one too. 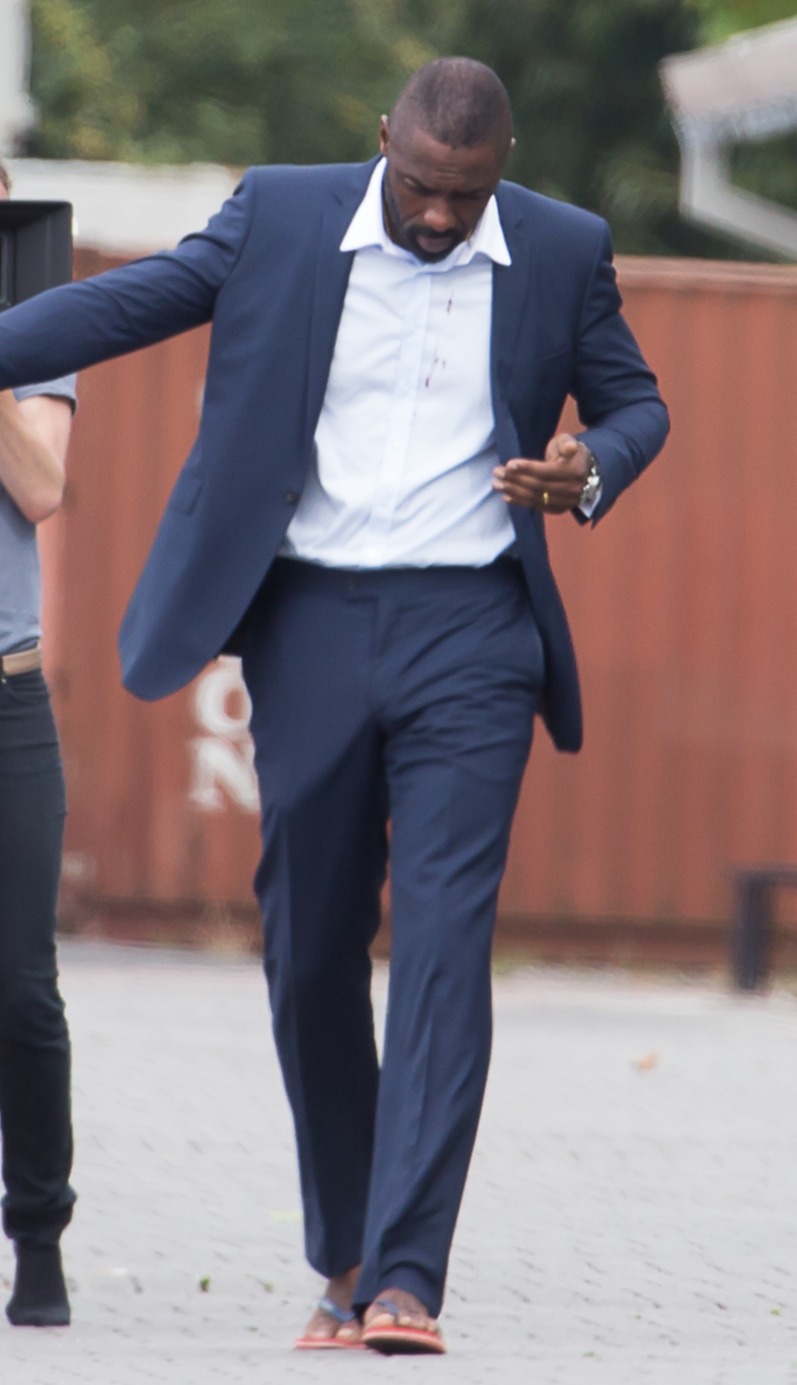 Idris Elba apparently has a lot to shout aboutCredit: WENN

Most would be mortified by nudes leaking but Idris Elba said pics of his massive bulge from film A Thousand Sheets put him in the limelight.

He said: “For a minute, the rumour was great. I saw my Twitter account rise. I was like, ‘What is this popularity? Oh, oh, I see, it’s ’cause they think I have a massive penis.’ But we all had fun with it. I certainly did.” 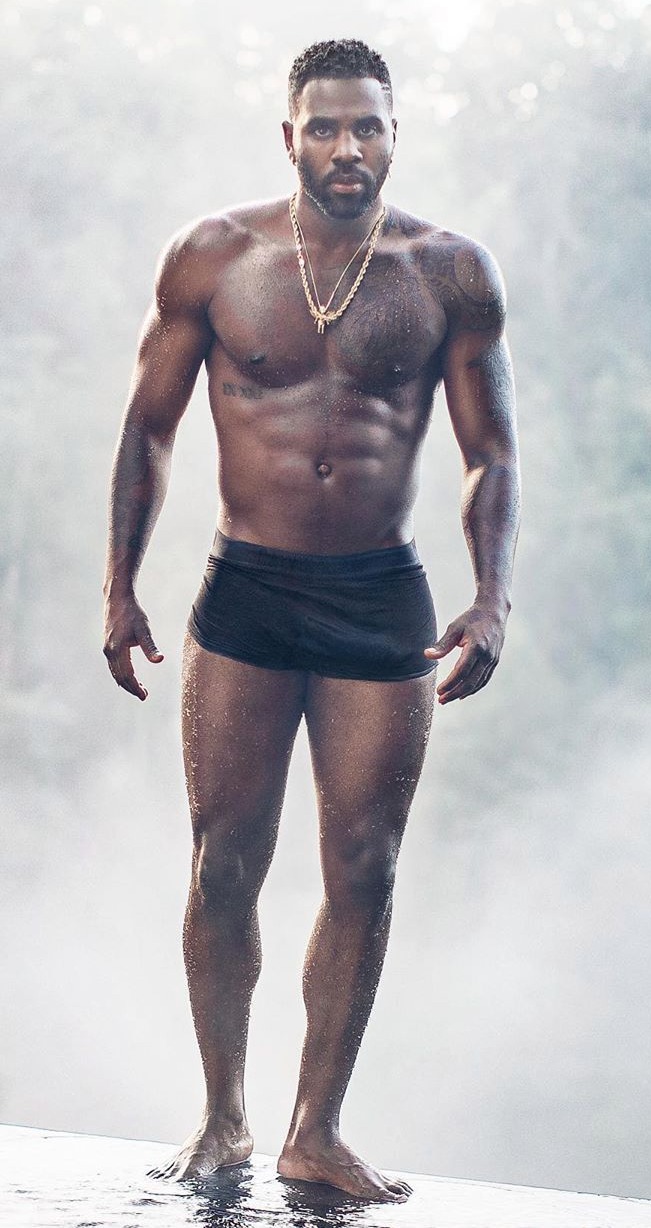 Jason Derulo sent the internet into overdrive with one social media snapCredit: Instagram

After posting the bulge snap to end all bulge snaps last year, Instagram removed the image because it was too “sexual”.

The singer protested: “I have underwear on… I can’t help my size.”

Katie Price’s fiance is packing quite a lunchbox.

After posting a pic of Carl Woods in a pair of grey shorts last year, Katie’s followers went wind for his bulge. 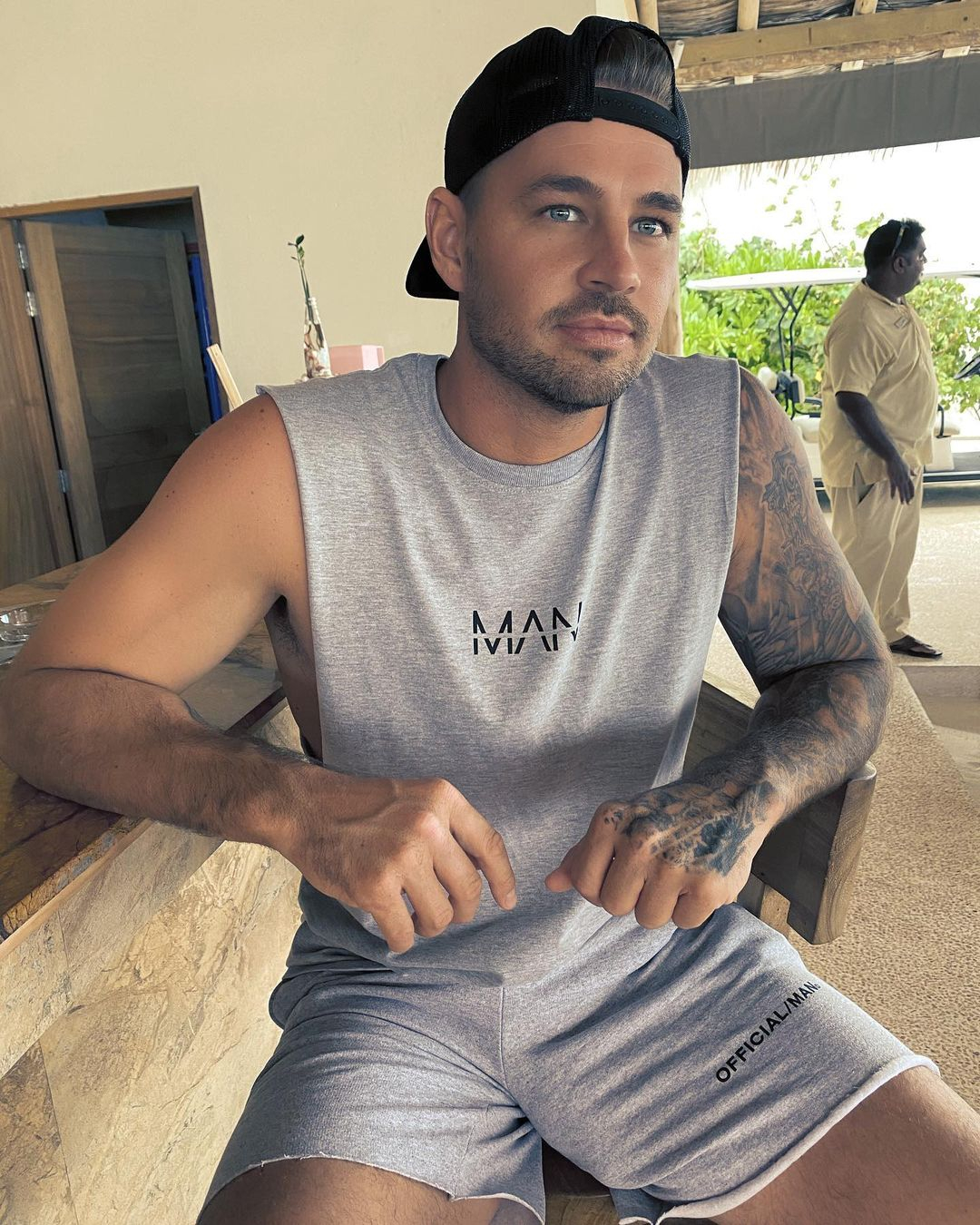 She commented: “I suppose the secret is out @carljwoods is very big and the biggest I’ve ever had and that’s a fact.

Scott Disick’s has even been described as “an elephant’s trunk”Credit: Xposure

Kourtney Kardashian has split with her ex Scott but that doesn’t stop her from being extremely complimentary about his boxer bulge.

There’s no room for privacy in showbiz after all.